Graveyard of Empires: US repeated Soviet failures in Afghanistan 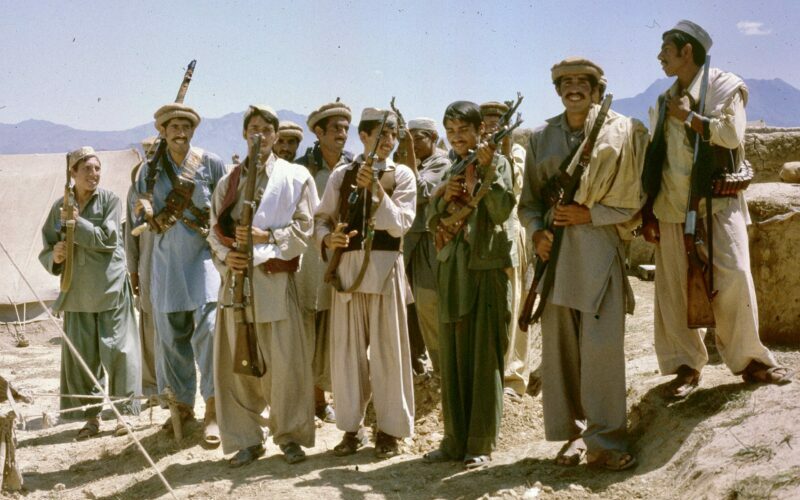 Mujahideen fighters pictured in a refugee camp during the Soviet war in Afghanistan. (Image: Supplied)

Having covered the Soviet war in Afghanistan, Trevor Watson reflects on his time experience of the Cold War, the CIA and the KGB.

United States forces and their allies have departed.

Like British and Soviet invaders before them, the Americans were driven from Afghanistan by political and religious fundamentalism born of a rugged, lawless land of tribal loyalty and a deep hatred of foreign interference. Each one in turn, the British, the Soviets and the Americans, invaded Afghanistan convinced that their experience would be different; that this ragtag band of “goat herders” would prove no match for their hardware and their military sophistication.

Each was in turn proven wrong.

The young Swiss doctor pulled a blue Bic ballpoint from his pocket and drew a line across the Afghan farmer’s left leg just above the knee. “Tell the old man that the leg must come off here or he will die from gangrene,” the doctor said through an interpreter. The message was clear, matter of fact, almost cold. Take it or leave it.

The terrified and confused farmer-turned-refugee was one of the early casualties in the Soviet Union’s Afghan quagmire. He had stepped on one of the millions of anti-personnel mines peppered along the mountainous border dividing Afghanistan and Pakistan’s lawless Northwest Frontier Province. The mines, made of plastic, looked like donkey dropping and carried just enough charge to blow a foot off. A wounded rebel fighter is a far greater burden than a dead one.

Soviet forces invaded Afghanistan in late 1979 in support of a government of the Kremlin’s making. Like the White House two decades later, Moscow argued that it was there to supress a radical Muslim insurgency opposed to much needed social and economic reform.

While fighting raged in the countryside, the Soviets, like the Americans, saw to it that life in the major urban centres was freed from the strictures of fundamentalist Islam. Girls could dress as they wished, go to school and aspire to a degree in engineering, medicine, and the like from a Moscow university.

Beyond the urban centres, the rattle of Soviet machinegun fire and the thump of their helicopter gunships was also indistinguishable from that of the Americans. But the Soviet engagement in Afghanistan came at the height of the Cold War and quickly became a hot proxy war between East and West. In the 1980s the Soviet defenders of the Kabul regime were the “baddies”. The fundamentalist Mujahideen were the “goodies” lavishly backed by the CIA.

With an introduction from the CIA’s New Delhi station chief, I once visiting a nondescript house in the backstreets of Pakistan’s north-west frontier city of Peshawar. Inside were large maps and CIA strategists monitoring the fighting across the border and managing arms supplies, none of which could be traced back to Washington. For the Mujahideen there were British Lee-Enfield rifles passed off as leftovers from Queen Victoria’s own Afghan folly a century earlier, and Soviet-designed but Chinese-manufactured (and marked) AK47s purchased by the CIA from Egypt.

The West called Afghanistan “Moscow’s Vietnam”, but this conflict did not play out in nightly episodes on Western television screens. Afghanistan was just too hard for the media to cover. Western journalists were largely denied official entry, leaving Pakistan’s remote and treacherous north-west frontier as the only way in.

Drug-producing tribal warlords call the shots in this vast territory which has not changed in many centuries. Every house is a fortress with gun slits cut into its mudbrick walls, travel is often by donkey or camel train, life is dusty and very tough. I signed a waiver releasing Islamabad of responsibility for my fate whenever I journeyed into the Khyber Pass and the bad lands beyond. I often travelled with a squad of black clad and heavily armed Frontier Scouts.

Scattered throughout the vast frontier were the UNHCR-administered camps, home to millions of Afghans. Most were civilians who had fled the fighting or animal herders who had made their annual winter journey across the mountains and chose not to return to Afghanistan in the spring. But the camps also provided sanctuary for battle weary mujahideen, a base for training and a recruitment centre for young men keen to take the fight for their homeland, their tribe, and their faith up to the Soviet infidel.

Between visits to the north-west frontier and the border regions of Afghanistan itself, most Western journalists attempted to somehow cover the Soviet occupation from their home base of Islamabad or New Delhi. In the early 1980s the Indian capital was (like Berlin and Vienna) a fissure in the global curtain dividing West and East. Western and Eastern embassies were bloated with intelligence officers and the fiercely nonaligned government of Prime Minister Indira Gandhi happily played the two sides off against each other.

New Delhi-based intelligence agents, aware of the dearth of information, worked to influence the media narrative on the Afghan war. Both the CIA and the British intelligence service, MI6, provided Thursday afternoon briefings for a handful of trusted Western reporters. “You can’t even attribute this to Western diplomatic sources, OK,” we were told.

The briefings, based on cables from Kabul-based agents, were fragmented, difficult to verify and, therefore, usually unreliable. We were constantly told of Mujahideen victories and Soviet setbacks. “Diplomats playing on the Kabul golf course heard shellfire on Wednesday afternoon; we had reports of heavy fighting around Kandahar on Friday; thousands of Afghan army troops defected to the Mujahideen in the past week,” and so on. Indeed, if the defection rates were to be believed, the Afghan government lost its entire army every month or so.

While the CIA/MI6 briefing were of marginal value to Western journalists, they were of considerable interest to Eastern Bloc agents. Like the diplomatic corps, the very large Foreign Correspondents’ Association of South Asia was divided along Cold War lines. Western, or “genuine”, journalists always provided an association president. Eastern Bloc, or “suspect”, journalists were given the vice presidency. That was the deal.

Having withstood a challenge from a Bangladeshi journalist with the help of a unanimous Eastern Bloc vote, I served as association president in the year 1982 to 1983. My vice president was Soviet journalist Sergei Zimin.

During vodka-fuelled conversations Sergei, a KGB officer of considerable rank, would talk of his dacha (country residence) on the outskirts of Moscow and insist that my partner and I holiday there at some unspecified time in the future. One evening, Sergei let slip that before India, he had been based as a correspondent in Wellington. This resonated and with some help from the ABC’s Sydney office, I established that my friend Sergei was, indeed, expelled from New Zealand for “activities incompatible with his station as a reporter”, a euphemism for spying.

Most sessions with Sergei degenerated into a stream of questions about my Afghan sources and a series of evasive responses from me. Of course, my Soviet friend knew of the CIA/MI6 briefings but confirmation from the “horse’s mouth” of US and British abuses of the Vienna Convention on Diplomatic Relations (1961) would no doubt have riled the highly sensitive Gandhi government and perhaps lead to an expulsion or two: diplomatic scalps and a propaganda victory for Moscow.

I left the sub-continent in 1983 but “Moscow’s Vietnam” dragged on for nearly a decade ultimately claiming up to 2 million Afghan lives; driving 3 million Afghans from their country and ending in a humiliating military and economic defeat for the Kremlin at the hands of Mujahideen. Fifteen thousand young Soviet soldiers went home in body bags.

Today, it is the United States that has been humiliated by the Taliban, many of whom fought as US-backed Mujahideen warriors in the 1980s.

“No occurrence is sole and solitary but is merely a repetition of a thing which has happened before, and perhaps often,” said American author, Mark Twain. And, there is a strong sense of horrifying déjà vu here. Again, fierce tribal loyalties; a willingness to die for Allah and a rejection of external influence have confirmed Afghanistan as the “Graveyard of Empires”. 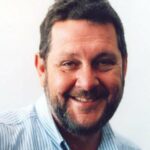 Trevor Watson is a Sydney-based journalist and author was the ABC’s New Delhi based correspondent from 1981 to 1983. He later served as resident correspondent in Port Moresby, Bangkok, Singapore and Beijing. He is the author of “Tremble and Obey, an ABC correspondent’s Account of the Bloody Beijing Spring” and a co-editor of “The Beijing Bureau”.