Greed or need? Privileged schools top the class in avarice 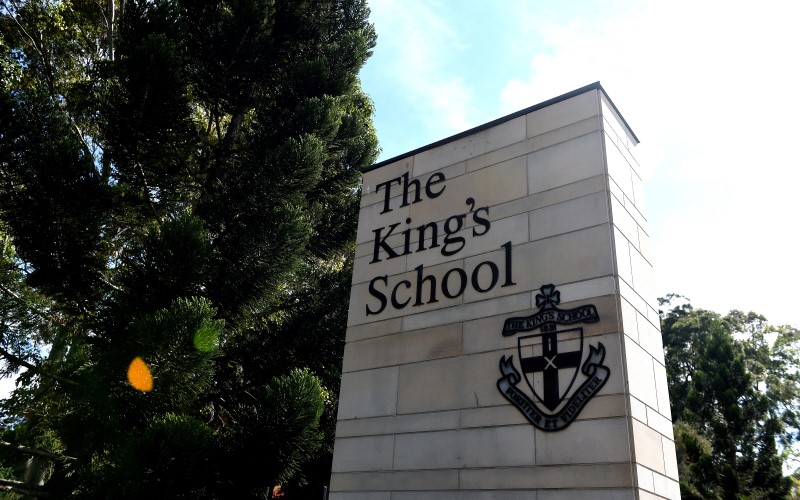 Thirty-three NSW private schools raked in $72 million in JobKeeper payments in 2020 while making profits of $72 million. Every school made a profit with JobKeeper and all except two increased their profits over the previous year. Some of the state’s most privileged schools got $4 million to $8 million while making millions in profits. Just 10 schools received $46.5 million and made $44 million in profits.

The King’s School topped the list of JobKeeper payments with about $8.5 million. The school refuses to disclose exactly how much it received, but according to its annual report lodged with the Charities Commission the payment is included in the item “other income” which increased by $8.6 million in 2020. It made a profit of $8.3 million. It also received $12.8 million in recurrent government funding.

King’s charges $40,000 for year 12 fees. Sixty-nine per cent of its students are from the highest socio-educationally advantaged (SEA) quartile and 93 per cent are from the two highest quartiles. It has assets valued at $183 million.

Next on the list of top JobKeeper payments was Moriah College. It received $6.7 million and made a massive profit of $11.9 million. It also got $9.4 million in government funding. Sixty-three per cent of its students are from the top socio-educational advantage (SEA) quartile and 89 per cent are from the top two quartiles. According to its annual report on the school website, it has assets of nearly $100 million.

St. Joseph’s College got $6.7 million from JobKeeper and made a profit of $1.1 million. It also got $9.7 million in government funding in 2020. Fifty-six per cent of its students are from the top SEA quartile and 85 per cent are from the top two quartiles. It has assets of nearly $130 million.

JobKeeper has proved to be a gravy train for many NSW private schools. Each of the 33 schools made a profit with the help of JobKeeper and 31 increased their profit over that in 2019. Moriah College increased its profit by a massive $10.7 million. None needed JobKeeper to stay afloat. Most had very secure financial cushions to weather downturns in revenue courtesy of their high fees and multimillion-dollar assets.

The greed of these highly privileged schools is obscene. They grasp any opportunity to get their snouts in the taxpayer trough. Yet they see themselves as having superior moral values that are central to their elitist culture. For example, The King’s School prides itself on developing leadership skills and says it is “committed to the development of good character and those values that are consistent with a caring, Christian community”. Moriah College says it promotes “Australian values and good citizenship”. St Joseph’s College says it challenges its students to become “knowledgeable and compassionate leaders for the common good”.

If they lived up to their stated values and had any common decency, they would give the money back, as some firms have done. As Senator Rex Patrick said: “To take the money without being affected is to abuse the goodwill of the taxpayer and to deny taxpayers other much needed services in areas such as healthcare, aged care and, indeed, education.”

The Morrison government has readily resorted to prosecuting ordinary people who may have received overpayments of a few thousand dollars from Centrelink. It has been unforgiving in pursuing them at length and rigorously. But if you’re a wealthy private school, you get away with massive overpayments. It is a glaring double standard that favours the wealthy and hammers the poor.

NSW private schools have been showered with funds by the Commonwealth and NSW governments over the past decade while public schools have been denied adequate funding. Government (Commonwealth and state) funding for private schools increased by much more than for public schools between 2009 and 2019. Government funding for Catholic and independent schools increased by $1636 and $1664 per student respectively, adjusted for inflation, compared to only $1095 per student for public schools.

Wealthy private schools seized on JobKeeper with the connivance of the Commonwealth government to extend their massive resource advantage. For example, JobKeeper provided The King’s School in Parramatta with an additional $4727 per student to add to its income of over $43,000 per student. In contrast, Parramatta High School has an income of about $13,000 per student.

The Catholic Archbishop of Sydney, Anthony Fisher, has conceded that Catholic schools have “never had it so good” in terms of funding. The same can be said of independent private schools.

JobKeeper for wealthy private schools has compounded the vast inequality in school funding in Australia. Their ruthless pursuit of profit must be ended by thorough reform of school funding to ensure it is solely based on need.