I’ve just caught up with Peter Stanley’s review of Peter Cochrane’s Best We Forget: The war for white Australia, 1914-18, which was posted on Pearls and Irritations on 15 November 2018. I mention this, because it provoked a response that I think deserves underlining: John Mordike’s 15 November reply, which pointed out that a main thrust of Stanley’s review is ‘wrong’. Coming to terms with this thrust will then lead me into a discrete criticism of Cochrane’s book.

As Mordike points out, Stanley makes the unbelievable claim that ‘Cochrane has made the original and profound connection between Australian racial fears and participation in the Great War. This is something that – amazingly – no-one else has done …’. To show this was ‘wrong’ Mordike had to explain that his own books, which Stanley now endorses, are based on the assumption that fear of Japan drove Australia’s expeditionary defence policies in the 1911-1914 period. This is true of Mordike’s first book Army for a Nation: a history of Australian military developments, 1880-1914 (1992). It is true of his second book, as clearly indicated in its sub-title: ‘We should do this thing quietly’: Japan and the great deception in Australian defence policy 1911-1914 (2002).

David Walker’s Anxious Nation: Australia and the rise of Asia 1850-1939 (1999) should also be kept squarely in mind. For it offers a comprehensive account of the Asian influences in Australian popular culture.

Enter also some reasonable self-interest touched off by Mordike’s response to Stanley. Mordike also raises my essay ‘Race fear, dangerous denial: Japan and the great deception in Australian history’, Griffith Review 32 – Wicked Problems, Exquisite Dilemmas, (Autumn, 2011), at https://griffithreview.com/articles/race-fear-dangerous-denial/ .) Mordike replies to Stanley saying that ‘as the title suggests, Lockhart also deals with the profoundly important effect that Australia’s race perceptions had for our involvement in World War I.’

Given another exchange between Stanley and Mordike, I need to draw another point out of ‘Race fear’.

Despite his misunderstanding of Mordike’s work, Stanley praises Cochrane for the way he ‘endorses and elaborates’ it. This is especially in relation to how Mordike reveals dramatically something our culture covered up for 80 years: Australian politicians were willingly co-opted at the 1911 imperial conference to send imperial troops on long range expeditions to empire wars. Here Stanley’s commentary of Mordike’s work is accurate and welcome, even if it is belated.

Stanley adds that Mordike’s work has for almost 30 years been ‘warily regarded or even rejected by more cautious historians’. It would be interesting to know what Stanley meant by ‘more cautious historians’. Mordike is meticulous in his noting and representation of his extensive primary research in Britain and Australia. Does Stanley mean politically compliant historians?  It would also be interesting to know where he formerly stood in association with those wary historians?

Whatever the answers, Stanley’s imprecise comment causes Mordike to clarify his experience: for all those years, he says, some military historians have ‘actively traduced and undermined my work for what I claim are “political” reasons.’ That is, I agree with Mordike – and sought to show –  they have worked loosely together in mutually reinforcing political compliance to maintain the myth or what I have been describing in a number of essays as the ‘sentimental narrative’ or ‘imperial romance’ of our entry into the Great War. Unlike Mordike’s work, which gets outside the self-serving suppositions of the Anzac culture by consulting primary sources, its traducers have mainly produced secondary-source histories. This means that the traducers have remained comfortably within that culture, that they talk to each other in a closed circle of general compliance with the Anzac myth.

My 2015 essay ‘Imperial Romance’ https://sydneyreviewofbooks.com/broken-nation-hell-bent-great-war/ therefore critiqued one of the rare primary source histories of Australia’s Great War other than Mordike’s to show how it offset and unsettled the excellent synthesis we have of the secondary source-based, closed-circle culture. The work of secondary source synthesis was Joan Beaumont’s Broken Nation: Australians in the Great War (2013). The work of independent primary research that challenged the Beaumont was Douglas Newton’s Hell-bent: Australia’s leap into the Great War (2014).

Meantime, I have supported Mordike’s work in public since my 2002 Canberra Times review of ‘We should do this thing quietly’. The review noted that prominent historians had, without any argument or explanation, been denigrating Mordike’s work and ‘fallen into line’. This was the line set by what I later showed in some detail in ‘Race fear’ was Craig Wilcox’s spurious 1993 review essay ‘Relinquishing the Past: John Mordike’s An Army for a Nation’, which appeared in a special edition of the Australian Journal of Politics and History (vol. 40, no.1) that year.  Mordike’s 2002 book offers a full rebuttal of Wilcox’s helpless piece and notes cases where prominent military historians had used his work without attribution, while smearing it.

‘Race fear’ is then the 2011 essay, wherein I detailed at some length how numerous military historians either instigated or were politically sucked into the intellectual vacuum of Wilcox’s 1993 publication in an egregious case of ‘group think’. The serious disparagement of Mordike’s work has continued until recently.

Stanley’s review of Cochrane’s Best We Forget suggests he is unaware of all of this. Cochrane, on the other hand, has a good idea of the thick text. Apart from our numerous discussions about it, he indicates once in his notes and once in his ‘Essential reading’ list, that he has read my seminal defence and support of Mordike in ‘Race fear’. I thank him for that.

Yet in view of Stanley’s comments, there are, as indicated at the outset, some significant inconsistencies in Cochrane’s handling of my work. One comes in a short catalogue of earlier endorsements and critiques of Mordike’s research findings – note 19, page 249, if you want to have a look. This is where Cochrane presents the endorsements to support his own welcome and fulsome discussion of Mordike’s research. Yet here, Cochrane makes a strange omission in context. The main endorsements he mentions are by David Walker and Douglas Newton, two historians who, you cannot tell from Cochrane’s comment, both acknowledge that their understanding of Mordike’s work stems from my critique of it in ‘Race fear’. Cochrane’s understanding of it clearly does too.

That there is no reference to ‘Race fear’ in a place where one would expect to find it, might not mean much in itself. But it is connected with another inconsistency that merges into the rather larger issue of the central idea of ‘the war for white Australia’.

Another of my relevant essays is ‘Absenting Asia’, in David Walker and Agnieszka Sobocinska eds, Australia’s Asia: from yellow peril to Asian century, UWAP, (2012). Cochrane has also read this essay and discussed it with me. Yet his reference to it in Best We Forget suppresses the essay’s title. This is done by referencing ‘Greg Lockhart’s essay’ without naming it ‘in Walker and Sobocinska (eds), Australia’s Asia’. And what has gone missing in that way? The title of a work that foreshadows the main thrust of Cochrane’s book.

In ‘Absenting Asia’, I raised in 2012 the ‘barrier mentality’ of our historians who, still writing in a colonial state of mind, tend to block Asia out of our geo-political and cultural reckoning, even as our geo-politics are an essential part of who we are. Picking up on what I had written earlier in ‘Race fear’, part of my argument was about the ‘pivotal assumption’ of Charles Bean’s Official History of our Great War. Though largely camouflaged for political reasons, that assumption was, in Bean’s words, ‘a crusade’ to keep Australia ‘a white man’s land’. Clearly, this argument chimes with what comes out in Cochrane’s text.

Therein, he uses frequently as a key term ‘race fear’. Towards the end on p. 216, he writes ‘the buried history of race fear in the scholarship of the war begins with the official historian’, Charles Bean. And at the beginning, of course, Cochrane’s sub-title, ‘the war for White Australia’ epitomises the point.

My five July 2017 blogs posted on John Menadue’s website Pearls and Irritations, which Cochrane read, again foreshadow his theme. In those blogs my remarks revolved around the point that ‘the government was fighting for Empire against Asia to protect White Australia’. Cochrane also saw early drafts of my as yet unpublished work on ‘Race Strategy: White Australia and the Great War’ – and race strategy is a preoccupation Cochrane projects into his recent Honest History (16 November 2018) response to Marilyn Lake’s review of Best We Forget (ABR, August 2018, no. 403).

I am flattered that Cochrane has drawn on my work to the extent that he has. That is, both for his central idea of ‘the war for White Australia’ and his extensive use of Mordike’s primary source work to explain what determined our entry into the Great War. I am also pleased that Stanley now acknowledges the importance of Mordike’s work. At the same time, Honest History would prompt the observation that, neither for Stanley nor for me, has Cochrane sufficiently sign-posted what he has done.

Greg Lockhart is a graduate of Duntroon and Sydney University, a Vietnam veteran and an historian. 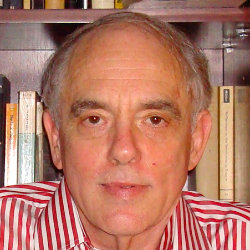