Election opportunity to move from boofhead to smart diplomacy 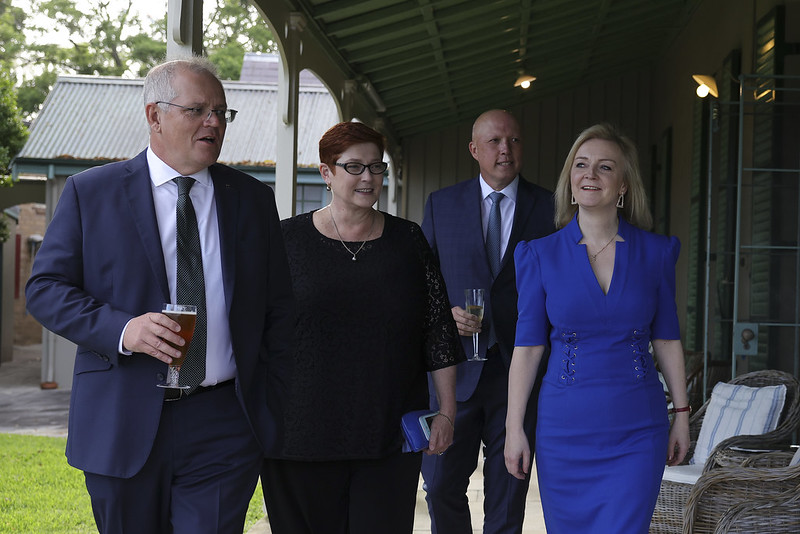 Recent foreign policy experience shows bullying and belligerence don’t work. Prime Minister Scott Morrison cares little about Australia’s foreign policy outcomes. Neither does he care for Australia’s international reputation. He cares least of all about our national interests. Indeed, he consistently damages them for his own political gain. The federal election offers Australia an opportunity for a reset.

Australia’s national interests don’t change with elections or PMs. Australia’s national interests lie in a strong capacity to persuade and influence the world without coercion – so called smart-power. It is fair to say that until recently, Australian foreign policy has been largely bipartisan. Foreign interests have mostly been quarantined from domestic politics and Prime Ministers have entrusted their Foreign Ministers to lead. But the current Prime Minister has turned these principles on their heads. He applies to foreign policy the same tactics as he does domestically. But bullying, gas lighting and toxic masculinity don’t work in public policy, least of all in foreign policy.

The Prime Minister aligned himself with Trump right from the start and went further by seeking an invitation to the White House for Hillsong pastor Brian Houston. He then trashed our relations with France by lying to President Macron and leaking his confidential messages about the AUKUS submarine deal. Relations with France need to be closer than ever given Brexit and developments in the Pacific, but we are now barely speaking. The Prime Minister tried to throw our most important ally the under the bus by blaming US President Biden for the late notice to France of the AUKUS deal. Irrespective of the merits of AUKUS, lies and boofhead diplomacy have harmed the degree to which Australia is trusted.

The Prime Minister and Defence Minister have provoked China and made Australia an unnecessary target for trade sanctions. While many of their criticisms may be valid, trumpeting them was not. Sticking Australia’s head up to poke the panda has harmed our interests. Most recently, the Prime Minister’s righteous rejection of the Chinese Ambassador’s offer to meet was a lost opportunity. China was saying, “let’s try to put this behind us”. It could have been a turning point and an important signal from the Prime Minister to our business community.

Climate denialism has deeply offended our Pacific neighbours. The Pacific Step Up policy is a good idea, but remains disingenuous while the Prime Minister refuses to reduce Australia’s emissions meaningfully. Pacific leaders often cite the crass stunt of bringing so-called “harmless” coal into our Parliament. And the impacts of the joking about Pacific Islands “going under” makes things even worse.

The new Solomon Islands security pact with China shows the damage. China is expanding its Pacific presence and clout. But when Australia should be presenting itself as a meaningful alternative, Pacific leaders have had enough. Fiji’s Prime Minister is on the record saying “the Chinese don’t insult us”.

Marise Payne appears to favour a progressive and nuanced approach to foreign policy. But the more discerning Liberal tradition from Spender, Barwick, Peacock, Downer and Bishop that she would like to have continued has been subsumed by toxic masculinity.

Australia’s good reputation and capacity to cooperate are essential for protecting and promoting our future. We need our friends. And we can’t afford to have enemies. But the evidence is clear. The President of France has openly called out the Prime Minister for lying. The United Nations Secretary General has called Australia a laggard. And Pacific nations are turning to China. Meanwhile, the Prime Minister remains tone deaf and belligerent.

The election offers an opportunity for a reset with a return to modesty and nuance. First, Climate change needs take a central role. Decarbonising our economy is a domestic imperative that also offers an opportunity to contribute to the world and our immediate neighbours. Second, we can’t pick and choose only the pieces of the international system which we like. It comes as a package. Genuine participation in global climate action can restore Australia’s capacity to push harder through the UN for a world order based on the international rules. And third, we can focus more sharply on Australia’s strong national interests in global arms control and disarmament. Instead of donating a shipload of coal and airfreighting weapons to Ukraine, Australia could be providing its citizens with substantive humanitarian assistance and working through the UN for a world where arms control and international law are respected. 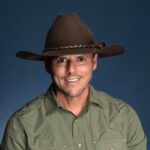 Gregory is a D’harawal man from NSW. He worked at SES levels in the Departments of Foreign Affairs and Trade, Environment, Climate Change, and Indigenous Affairs. He represented Australia as an Ambassador and High Commissioner in West Africa, and negotiated for Australia in the United Nations Climate Change negotiations. Gregory was Australia’s first-appointed Threatened Species Commissioner. He led development and implementation of Australia’s first Threatened Species Strategy and first Threatened Species Prospectus. In the NGO sector, he led, grew and reformed a national Indigenous charity.

Gregory speaks French and Mandarin. He has an Honours Degree in Economics and a Masters in Foreign Affairs and Trade.