Australia’s governance has deteriorated over recent decades. The formal institutions and the informal norms of behaviour are weaker. Others have written about how this soft corrosion can easily bloom into hard corruption. This report shows how weaker governance also means that governments are adopting less policy reform – changes to policy that would improve the lives of Australians.

Many people hark back to the golden years of policy reform in the 1980s and ‘90s. This isn’t just a rose-coloured view: it is confirmed both by a simple history of reform, and an analysis of OECD recommendations. The more recent gridlock of policy reform can’t be explained away as the absence of worthwhile reform to do – governments in Australia have failed to progress many reforms that have sat on the shelf for decades.

This report analyses the outcomes of a wide range of reforms proposed by Grattan Institute in the decade from 2009 to 2019. More than two-thirds of the suggested reforms have not been adopted.

Many reforms that were desirable for the reasons explained in Grattan’s reports, were nonetheless unpopular with the electorate. None of these were adopted. Unpopularity has become an insuperable obstacle to reform, a significant change from the past when political leaders implemented many reforms even if they were unpopular, doing their best to explain why they were in the public interest.

Reforms that crossed shibboleths – beliefs that mark party or factional loyalty – almost always failed. They have become a major obstacle to sensible reform, particularly in tax, superannuation, and energy policy.

Other reforms were blocked by powerful vested interests. But vested interests were often overcome when substantial independent public evidence made the case for reform. Not surprisingly, policies that would have dragged significantly on the budget have also struggled. The upper houses of parliament, and the division of federal responsibilities – often raised in public discussion about governance – were rarely the root cause of governments failing to adopt reform.

Popular opinion, markers of party loyalty, and vested interests have blocked reform in part because the fourth estate has limited resources for expert journalism, is concentrated, is sometimes hyper-partisan, and is morphing due to social media. But there are other culprits. The growing number and power of ministerial advisers make it harder to pursue reform. The public service has been weakened: often it is not asked to provide policy advice, is not capable of providing it, and is overly pliable in serving the political interests of the government of the day. Reform is also undermined by political patronage – awarding government contracts, making favourable policy decisions, and granting appointments to partisan friends, made easier as the reasons for decisions become more opaque.

Institutional changes to ministerial adviser roles, to processes for appointing and dismissing senior public servants, to ministerial influence over government contracts and grants, and to controls over political donations, campaign finance, lobbying, and post-politics careers would all help to break the gridlock in policy reform. These changes would also promote the emergence of champions who are usually crucial to the prospects of reform.

This extract is the overview republished from the report ‘Gridlock: Removing barriers to policy reform‘ by the Grattan Institute 25 July 2021. 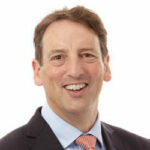 John Daley AM is one of Australia’s leading public policy thinkers. He was the founding Chief Executive of the Grattan Institute from 2009 to 2020, and he is now a Senior Fellow there. He is also a Director of the Myer Foundation.