Thoughts on an unusual Anzac Day

This Anzac Day we should question the relentless militarisation of our history and the cult of the digger. These ideals make it easier for Australian governments to commit to wars overseas and more difficult for critics to engage in serious debate.

In 2008, a few months before he suffered the onslaught of a fatal disease the Anglo-American scholar Tony Judt contributed an essay to the New York Review of Books entitled What Have We Learned, If Anything? His concern was that after 1989 the lessons of the past had been cast aside. What then, he wondered is it that we have misplaced in our haste to put the past behind us? In the U.S. at least, we have forgotten the meaning of war.

There is a reason for this. In much of continental Europe, Asia and Africa the twentieth century was experienced as a cycle of wars. War in the last century signified invasion, occupation, displacement, deprivation, destruction, and mass murder.

The United States avoided almost all the horrors. It was not invaded. It did not lose vast numbers of citizens or huge swathes of territory and it was civilian casualties that ‘leave the most enduring mark on national memory.’ Most Americans have been fortunate to live in blissful ignorance of war’s true significance.  As a consequence, the United States was, he believed, the only advanced democracy where public figures glorify and exalt the military, a sentiment familiar in Europe before 1945 but quite unknown today. For many American commentators and policymakers, the message of the C20th is that war works.

How is this relevant to Australia and to Anzac Day? That depends on what feature of Anzac day we consider. The national lament for all the young lives lost in war, the familial grief, the continuing impact on the wounded and scarred should make us all join hands in collective gratitude and regret regardless of the nature of particular wars.

But there is much more to Anzac Day than a paean to lives lost in war. The centenary in 2015 entrenched ideas which have been with us for a long time and which have been endlessly fortified by association with heroic sacrifice. The rhetoric is familiar given its ubiquity. The Anzac landing, generations of children have been told, made Australia a nation. The shores of Gallipoli were where the nation was born.  The spirit displayed there has been an inspiration,  a touchstone, ever since. The message is so relentlessly repeated by national leaders that, to many people, it seems disloyal to subject it to sceptical examination.

But it is an extraordinary proposition! And where did it come from? The idea that nations are born in war was common among Europeans and Americans in the late 19th century and early 20th century. It slipped easily from the tongues of a generation which had little experience of the real thing. Australia’s coming of age was proclaimed during innumerable speeches made while sending the colonial detachments off to the Boer War and then welcoming them home again. But it was an idea that belonged to an era that was coming to an end. By the end of 1915, it was sinking into the blood-soaked mud of the Western Front. It lived on in Nazi Germany and Fascist Italy but had become totally discredited by 1945.

However on earth did such a dangerous, atavistic idea survive and flourish in Australia? Is it an idea we would promote more widely? Proclaim that we came to national maturity by invading the Ottoman Empire at the behest of the British? That we needed to engage in a carnival of killing to be able to stand tall in the world? Apart from anything else, it is a profoundly irresponsible idea to preserve and propagate in the 21st century.

But of equal concern is the way in which the Anzac legend distorts our understanding of our own history. If the nation was truly born in April 1915 what came before is diminished. And it frequently appears that those who proclaim the idea know little about the history of colonial and early federation Australia. Otherwise, how could they cleave to such a proposition which falls apart under even elementary exegesis?

Whatever was it that the new federation lacked at the start of 1914 that was provided by the young men who stormed ashore at Gallipoli? Australia and New Zealand were the most democratic societies in the world and the most prosperous with wealth more evenly shared than was the case elsewhere. It was all the result of more than two generations of nation-building accomplished by thousands of men and women from all walks of life. How can a failed military campaign possibly compare with these diverse, demonstrable, achievements?

And what is even more pertinent is that Australasian political reform and social achievements of the period were known and admired in many parts of the world as the work of Marilyn Lake has established.  In the first decade of the 20th century, Australians saw themselves as ‘a confident, independent, global pioneer in creating an advanced democracy that drew the eyes of the world to the new Commonwealth.’  But when the war was over Australia was deeply divided and the spirit of social and political innovation has been crushed. In an earlier contribution to Pearls and Irritations  (23/4/14) Lake observed that ‘ during World War 1 Australia lost its way. Its enmeshment in the imperial European War fractured the nation’s soul.’

Not that we heard much in that vein during our carnival of commemoration between 2014 and 2018. What stood out was the fact that Australia spent so much and indeed far more than any other country. It all culminated in the extreme folly—the $100 million devoted to a museum in northern France commemorating the achievements of the Australian divisions.

Quite apart from the diversion of money from Australia’s cash strapped institutions it helps create the illusion that Australia was more important in the war than her small contribution of five  out of over 250 allied divisions in 1918 could possibly have achieved even if they did ’punch above their weight.’ But there was in Australia’s commemoration a decided note of triumphalism which might have been understandable in 1919 or 1920 but was odd to the point of aberration a hundred years later when we can see what a catastrophe the war was or as Niall Ferguson observed some years ago ‘the greatest error in modern history.’ Should our contribution to that terrible and avoidable disaster have been commemorated at all? Shame and remorse might have been more appropriate responses.

But there is purpose motivating the relentless militarisation of our history and the cult of the digger. They have contemporary relevance; they have real political power in the here and now. They make it easier for Australian governments to commit to wars overseas and more difficult for critics to engage in serious debate. The heroic image of the digger inhibits any assessment of the costs and benefits of war. Questions about the wisdom of engagements are seen as diminishing the sacrifice and suffering of participants. Without serious debate about our involvement in overseas conflicts, we appear to be shadowing our American allies, who as Judt observed, were convinced that war works. 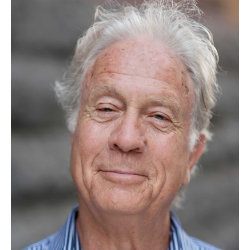