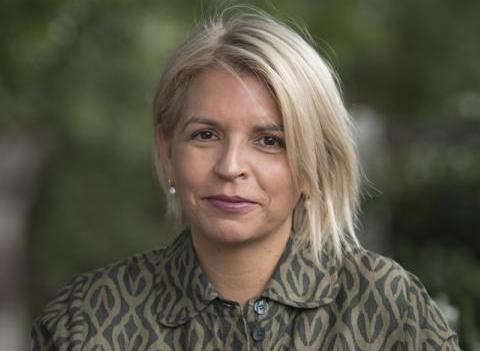 Dr Hannah McGlade said "The decision in the NT Supreme Court shows we have not come very far at all..." Image: Wikimedia Commons

“When are we going to get justice?” Ned Jampinjinpa Hargreaves, Warlpiri elder

If justice is blind, then it is blind to the inconsistencies of its own application. The cynicism from Aboriginal and Torres Strait Islander friends and colleagues used to be angry… now it is bitter. As non-Indigenous, colonial Australia grapples with modest actions of reconciliation – glorifying in the easy, the symbolic and the rhetorical – the justice system is, in our name, continuing to deny its own historic (and clearly continuing) failures. If there was ever more of a necessity for a Truth-Telling process anywhere in the world than in Australia, you’d be hard pressed to find it.

A senior Southern Arrente man told me about the murder of Aboriginal people at the hands of the infamous Police Officer William Wilshire in the 1880s and 1890s. He was accused of murdering at least 13 Aboriginal people but likely many more and was the first Policeman to be charged with murder in 1891 for killing several Aboriginal people while they slept at Tempe Downs Station (now part of Watarrka National Park) in what was then part of South Australia. He was acquitted before the Aboriginal witnesses were able to finish giving their testimonies. This is the measure of justice for Aboriginal and Torres Strait Islander peoples ever since.

I remembered Mark McKenna’s  ‘Return to Uluru’ which laid out the killing at Uluru in 1934 of Aboriginal man Yokununna by the white police officer Bill McKinnon. Nearly 90 years later, history is repeating as we read the justifications and excuses for each and every death. Regarding McKinnon in 34, McKenna wrote of the formal inquiry into the killing:

Yet despite all their suspicions and doubts, they were torn. ‘From a legal point of view, no charge could be maintained in a court of law against… McKinnon, who, in the exercise of his duty as a member of the constabulary, took measures to prevent the further escape of the prisoner.’ At times, they appeared to contradict their own reasoning, arguing on the one hand that McKinnon’s actions were justified under the law, at the same time as they argued that he should have ignored his legal right to ‘arrest [Yokununna]… with firearms if necessary’, and instead allowed him to escape. The whole saga, they concluded forlornly, was a ‘tragedy on the lower slopes of this vast rock situated in the heart of Central Australia’.

Another senior Larrakia, Arrente and Wadjigan man recently told me about the Tuckiar vs the King case of 1934 in Darwin where an Aboriginal man was convicted of murdering Police Constable Albert McColl. The verdict was later overturned by the High Court because not even the Australian justice system could stomach the level of racism and prejudicial discimination carried out in the case. This is one of the rare moments of (delayed) justice for Aboriginal people in our courts. Sadly Tuckiar disappeared and was never seen again…

We like to pat ourselves on the back about how far we have come as a Commonwealth nation but the illusion is shattered when a similar inquiry about what happened at Yuendumu in 2020 is likely to say much the same thing.

We are now 31 years since the Royal Commission into Aboriginal Deaths in Custody and we have well over well over 500 deaths of Aboriginal and Torres Strait Islander people as a result of interactions with the police and incarceration systems.

What is going to stop the knee-jerk reaction of police forces and their unions? What is going to give Aboriginal and Torres Strait Islander communities confidence that their sons and daughters will get a fair go in the white man’s courts of law?

The decision in the NT Supreme Court shows we have not come very far at all and highlights the imperative of meaningful structural change to ensure our voices are in future properly heard. And yet the Uluru Statement from the Heart was dismissed by two Prime Ministers while our people still die young.

“To our people – let us stand strong. Let us respect each other. And we do not want to see another black young fella, or a girl, to be shot.”

It is a start. But the police have made clear they won’t give up their weapons easily.

Here is what must happen now:

And last but not least…

These steps aren’t enough but they are a start and can be implemented right now.

It should be the priority of the Gunner Labor government – which has already proved their ineptitude by winding back  the reforms implemented after the Don Dale Royal Commission.

It should be the priority of the fresh Malinauskas Labor government in South Australia – with the Premier-elect’s promise to deliver for South Australia’s Aboriginal peoples.

It should be the priority of the McGowan Labor government in Western Australia – rather than being the state of cultural heritage destruction – McGowan should be using his considerable popularity to finally address the State’s awful record on Aboriginal justice.

It should be the priority of an incoming Albanese Labor government at the Federal level – if the polls are to be believed. He must listen to his colleagues in Senator Patrick Dodson, Linda Burney and Senator Malarndirri McCarthy and ensure that a Federal government he heads is leading the way in transforming what justice means for all Australians.

“We are deeply disappointed and, though we’ve been given a trial, I can’t, with honesty, say that it’s been fair … We will return home and continue our healing process, but this is not the last you will hear from Kumanjayi Walker’s family,”