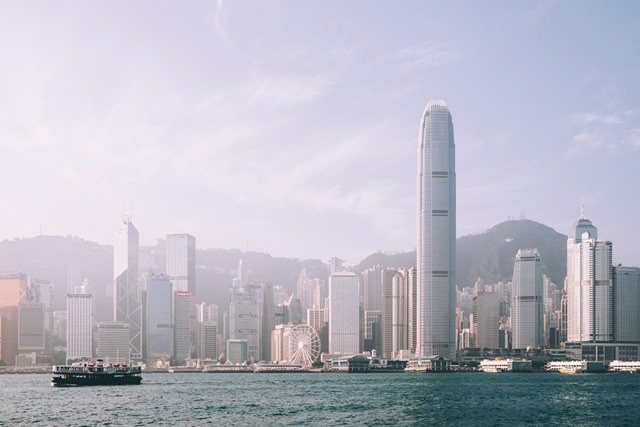 On 16 April 2021, a Hong Kong District Court sentenced 8 prominent “activists” to imprisonment. They had been convicted of organizing an unlawful assembly, and taking part in such assembly, under the Public Order Ordinance. This was a statute of the longstanding, dating way back to colonial times in Hong Kong.

The sentencing led immediately to condemnation by western leaders and the media. The last Hong Governor Chris Patten said the sentences showed “Beijing’s comprehensive assault on Hong Kong’s freedoms”. An editorial in The Australian carried the headline “Courageous democrats crushed”. The article went on to refer to the sentences as reflecting “the ruthless oppression Beijing is inflicting on the territory”.

This was a gross insult to Judge Woodcock and her carefully crafted judgment, following a trial where the accused were represented by six Senior Counsel and a whole host of junior barristers and their instructing solicitors.

Plainly, the critics never read the judgment before they voiced their condemnations. Anyone bothering to read that judgment would see that the judge had carried out her duties with meticulous care, giving due weight to all the safeguards the British common law affords to all accused persons.

The offenses occurred on Sunday, 18 August 2019. By that time the insurgency, which started at the end of June, had gathered deadly momentum, following the forcible entry by activists or insurgents into the Legislative Council building and the trashing of the chamber on 1 July.

In the ensuing seven weeks, there had been much violence in the streets: fire-bombing, trashing of public transport facilities, vandalizing of “pro-Beijing” establishments, violent attacks on the police.

The Legislative Council chamber was the symbolic centre of Hong Kong’s democracy. Many of the accused had been serving members of that body – some for very many years. When the outrage on 1 July occurred, the accused persons – all supposed leaders of the democratic movement – had a choice to make: to defend the values for which the Legislative Council chamber stood for, or to side with the insurgents to trash its values. The die was cast. They all chose the latter course.

The organizers of the event gave notice to the police – as the law required – of their intention to do the following:

Judge Woodcock’s judgment gives meticulous details as to what followed after such notification was given by the organizers on 12 August, six days before the event. It shows remarkable tolerance on the part of the police, and the care taken by the authorities to explain the reasons for the decisions they made. Those decisions focussed on protecting the public from violence, accommodating the rights of other users of the roads and highways, road safety, and the danger of overcrowding in limited space.

The demonstration to be held in Victoria Park was aimed, largely, at expressing hatred towards the police for alleged brutality practiced on rioters in the previous several weeks, calls for an amnesty for all arrested dissidents, and an independent inquiry into police brutality. There was every chance that passions would be aroused, resulting in violence.

The steps taken, leading to the events on 18 August, were these:

There was not the slightest doubt that the defendants knew full well that the procession – along a principal highway and roads leading from Victoria Park to Chater Road in the central business district –  was, in light of police objections, unlawful.

In fact, about 15 minutes before speeches began, the organizers held a press conference and told the reporters about the police ban on the procession. They also said that the purpose of the meeting was to “stop the police and gangsters from plunging Hong Kong into chaos and to implement the five demands”:  one of the demands was for a body to be appointed to investigate police brutality. This was all calculated to force the government to yield to mob rule.

During the procession, some of the defendants vaunted their illegality by shouted slogans: This was meant to encourage others to join in the procession, seeing that the police did nothing to stop it taking place.

There had, prior to 18 August, been occasions when a procession which started peacefully turned violent. On the day in question, the police tried to be as inconspicuous as possible, knowing that their mere presence could arouse discontent: hence the requirement for the organizers to have 200 marshals for crowd control. As Judge Woodcock found ( para 60 ), as the number of people arriving in Victoria Park increased, the police were “subjected to a barrage of verbal abuse, foul language and insults”.

The entire day’s proceedings were followed by continuous news coverage. Video footage showed a huge banner unrolled around 3 pm printed with the words “Stop the police and gangsters from plunging Hong Kong into chaos, implement the 5 demands” and a picture of a woman with a wounded eye: the latter referred to accusations that the police had caused such injury at an earlier demonstration ( in fact, no-one knows how such injury had been caused in the melee during that demonstration ).

Video footage also showed all the defendants ( except D3 who joined the party a few minutes later ) together carrying the banner aloft, exiting Victoria Park.   D2 held a microphone and walked in front of the banner. As he chanted slogans, the other defendants would respond. For instance when he shouted “ five demands” the other defendants would shout “not one less”. The banner party led the procession all the way to Chater Road. It was surrounded by a black cordon or rope which made the banner party that much bigger. This took up the width of a carriageway. The chaos caused to traffic, and the inconvenience of others is unimaginable.

What possible defence was there to the two public order charges the defendants faced?

Several of them were veteran lawyers. The cynicism they displayed in court is staggering.

The defence they put up was this: The police had abnegated their duty to disperse the crowd safely – a crowd that the organizers had caused to assemble in Victoria Park in the first place. They claimed that what they led, under the banner, was not a procession; it was simply a technique to help disperse the crowd. The fact that they were inciting others along the way to join the procession, the fact that they had passed several MTR stations and never once did they ask the crowd following them to disperse, can all be ignored. The judge found, for instance, that during the procession D4 chanted repeatedly: “I have the right of procession. No police permission is required” and “I have the right to protest”. Likewise, the 9th defendant (who pleaded guilty and avoided trial) did the same.

But, in the end, the judge’s finding was crystal clear: The intention behind the procession was to flout the law and thwart the ban. Each defendant had that criminal intent beyond a reasonable doubt.

Another defence put up by the accused of perhaps even greater cynicism, is this: sections of the Public Order Ordinance under which they were charged were said to be unconstitutional; those sections should be struck down; the charges against them should accordingly be dismissed. In support of this submission, they called in aid provisions of the Basic Law ( Hong Kong’s constitutional instrument after the Handover ) and of the Hong Kong Bill of Rights.

The provisions in the Public Order Ordinance under attack had been in the statute book during all the time the lawyer-defendants had been members of the Legislative Council. Those provisions strike a balance between the right of free expression for the individual on the one hand and order and safety for the public at large on the other. If such balance was fundamentally wrong so that it should be struck off the statute book, what did they do in that regard whilst they were Councillors?  Is it right that they should act only when their personal interests were at stake?

The judge, again with admirable patience, entertained these submissions and, after examining authority, dismissed such challenge.

What, one might ask rhetorically, had Beijing to do with this case? The notion that Beijing had practiced “ruthless oppression” on Hong Kong through the District Court proceedings is utterly absurd. The fact that the entire process in the District Court was conducted under the common law – law very similar to that practised in the Australian criminal courts – was of no account to the editors of The Australian.  Was this crass ignorance, or something more sinister? 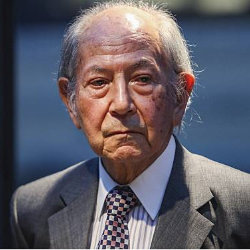