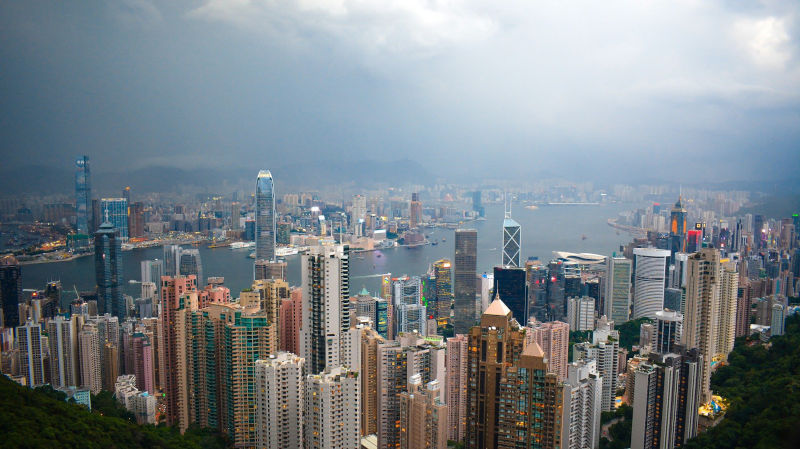 The continuation of the “one country, two systems” policy beyond 2047 has now been confirmed. Image: Pixabay

Local people, foreign investors and the commercial world can now put their minds at rest. It will be business as usual after 2047, not least for the common law legal system and the rule of law

In the Year of the Tiger, Hong Kong marks the 25th anniversary of its reunification with the motherland. It is also the halfway point in China’s “one country, two systems” governing policy, and speculation has been mounting over what will happen once the 50 years are up, in 2047. Although some people were fearful over the policy’s long-term future, their concerns have now been allayed.

In 1984, China and the United Kingdom agreed, in the Joint Declaration, that there would be continuity in Hong Kong after 1997. Its capitalist system and lifestyle would remain, with its legal and other arrangements being preserved. There was, however, the caveat that China’s basic policies regarding Hong Kong would “remain unchanged for 50 years” (Art.3(12)), and this left the door open to changes thereafter.

Accordingly, when the National People’s Congress enacted the Basic Law in 1990, it stipulated that the socialist system and policies would not be practiced in Hong Kong, and it would enjoy a “high degree of autonomy”. It provided, moreover, that the city’s “previous capitalist system and way of life shall remain unchanged for 50 years” (Art.5), thereby indicating that alternative arrangements would be permissible once the 50 years were up.

Some have queried why the “50 years unchanged” provision is there at all, when it could so easily have been open-ended. When the Joint Declaration was signed, the view was presumably taken that it would be unrealistic to tie Beijing to a particular policy for eternity, and that, in any event, Hong Kong’s own situation might have changed so much by 2047 that a new direction was required. Neither side had a crystal ball in 1984, and they pragmatically decided to leave things open for the longer term.

There was, of course, nothing magical about 50 years, and the time frame could equally have been, say, 25 years, 75 years, or even 100 years. The then-paramount leader, Deng Xiaoping, observed that 50 years was just a “figure of speech”, and “for the first 50 years it cannot be changed, and, after that it would not be necessary to change”, perhaps meaning that by then the standard of living on the Chinese mainland would have caught up with Hong Kong’s. In the event, 50 years was settled upon as a reasonable period, and one that gave Beijing all the time it needed to see if the “one country, two systems” policy was workable, or needed revision, or should end in 2047.

Since 1997, the policy has faced real challenges, but it has survived them all and demonstrated its utility. Although, during the mayhem of 2019-20, serious doubts must have arisen over its efficacy, the central authorities kept faith, and, within the parameters of the Basic Law, they initiated necessary reforms. Out of chaos has now come peace, with a fully functioning legislature in place, and the trauma has been cathartic. The policy, once tested, emerged in even better shape than previously.

In the 1980s, Deng saw “one country, two systems” as providing the best way forward not only for Hong Kong but for the country as a whole, and his successors agreed. On Dec 22, 2021, for example, when President Xi Jinping met with the chief executive, Carrie Lam Cheng Yuet-ngor, he said, “The extraordinary journey that Hong Kong has taken since reunification with the motherland more than 20 years ago fully proved that the implementation of ‘one country, two systems’ was beneficial for safeguarding the fundamental interests of the nation, Hong Kong and its compatriots.”

This, of course, sounded very positive, and the continuation of the “one country, two systems” policy beyond 2047 has now been confirmed. On March 9, when Hong Kong’s delegates to the “two sessions” in Beijing met the director of the State Council’s Hong Kong and Macao Affairs Office, Xia Baolong, he said the central government’s determination to implement the policy was “unswerving”. The city would continue to be governed by the policy, and would keep its common law and judicial systems beyond 2047.

According to a Chinese People’s Political Consultative Conference delegate, Thomas So Shiu-tsung, a former Law Society president, Xia announced that as “ ‘one country, two systems’ is going on the right track, it is unnecessary to change it after 50 years”. Another CPPCC delegate, Ko Wing-man, a former health secretary, reported Xia’s assurances that “the central government always considers what the best for Hong Kong is, and while Beijing enjoys comprehensive jurisdiction over the city, it would only act when necessary and when the city is faced with real difficulties”.

In other words, local people, foreign investors and the commercial world can now put their minds at rest. It will be business as usual after 2047, not least for the common law legal system and the rule of law. There remains, of course, a danger that foreign powers hostile to China will, in the meantime, try again to derail the city, either directly or through proxies, but the authorities are now in a far better position to respond than they were during, for example, the insurrection of 2019-20. Any more attempts to harm China by destabilizing Hong Kong are, as they hopefully appreciate, doomed to failure.

Around the world, there have, for many years, been siren voices prophesying the imminent demise of the “one country, two systems” policy. Among the loudest has been the former governor, Chris Patten, who has stirred up hostility toward China on every possible occasion. By mobilizing his local proxies, including the former chief secretary, Anson Chan Fang On-sang, and the Civic Party, he has done his best to inflame local tensions, to scare the public, and to thwart the Hong Kong Special Administrative Region government’s policies. He and his ilk, however, are now busted flushes, and “one country, two systems” has shown itself to be bigger than any of Hong Kong’s antagonists, and also far more versatile.

The big winners of Xia’s guarantees are, of course, the city’s residents, who are greatly in need of a fillip as the pandemic does its worst. Young people making career choices will welcome his clarification of the shape of things to come. Parents considering emigration for their children’s sake will benefit from knowing that things will not suddenly change in 25 years’ time. Owners of plots of land, including companies with land holdings, will also be comforted, not least because their value could have been wiped out on June 30, 2047.

The business world, moreover, always cherishes certainty, and it now has what it needs. Many foreign companies are based in Hong Kong, and, when they take decisions about remaining, expanding or diversifying, they will be greatly assisted by Xia’s words. As foreign entrepreneurs consider whether to set up shop in, for example, Hong Kong, Singapore or Tokyo, they can now see the lie of the land. Although Hong Kong has been losing some ground recently to places like Guangzhou, Shanghai and Shenzhen, things can hopefully now be evened up, at least once the pandemic has been thwarted, and the city’s future is now in its own hands.

Although the United States and its Five Eyes partners, along with the likes of Patten, always professed concern over the survival of the “one country, two systems” policy, this was never genuine, and was belied by their hostile actions and utterances toward the city. These included sanctions, termination of trade preferences, suspension of fugitive surrender agreements, and hostile travel advisories. It is, however, never too late for them to change tack, not least because Hong Kong is not going away and there is always room in heaven for the sinner who repents.

If, therefore, the US and its partners wish to claw back any of their shattered credibility, they can begin by thanking Beijing for having agreed to extend “one country, two systems” beyond 2047, something never envisaged, let alone hoped for, by the British negotiators back in 1984. They can then congratulate the people of Hong Kong upon their good fortune in having acquired an assured future. If they can also agree to cease their mischief-making in the city, so much the better, although this may be a bridge too far.

This article was first published in the China Daily on 15 March, 2022