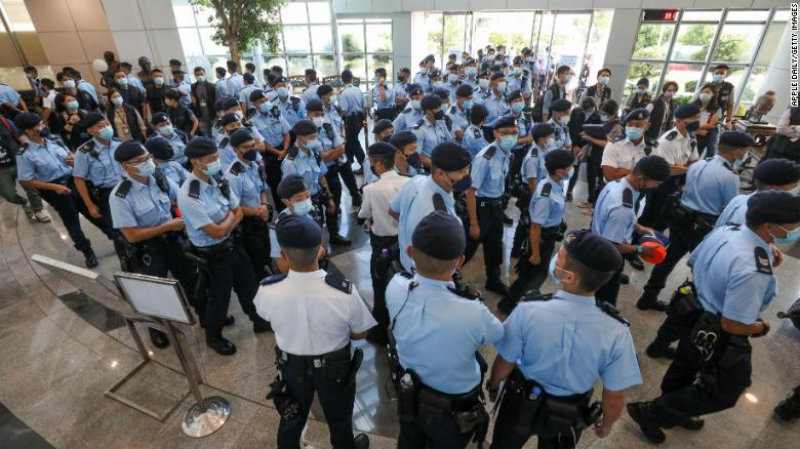 The National Security Law brought in by Beijing in response to violent protests paves the way for an acceleration of the economic and political integration of Hong Kong into China.

Inside the People’s Great Hall in Beijing on September 24, 1982, visiting British prime minister Margaret Thatcher and Chinese leader Deng Xiaoping were engaged in a tense discussion on Hong Kong’s future. Thatcher warned of a disaster should China resume sovereignty. Deng countered calmly that, should such be the case, China would face the disaster unflinchingly.

On June 22-23, 1984, Deng expounded the “One Country Two Systems” construct. Then, at the December 19, 1984, signing ceremony of the Sino-British Joint Declaration, Thatcher praised Deng’s construct as being unprecedented, imaginative, and eminently feasible for maintaining Hong Kong’s prosperity after 1997.

Deng had estimated 50 years as the transition time for the “two systems” to converge economically and politically. He also talked of unrest in the intervening years towards 1997. “It’s very easy to create disturbances,” he said, and “if there were turmoils, the central government would intervene”. In hindsight, these simple words carried a chilling message, especially in view of the Tiananmen Square crackdown on June 4, 1989.

All was calm prior to July 1, 1997, and the power transfer was smooth and civilised. But the same has hardly been true in the 21st century. Just as Deng had warned, turmoil has occurred readily and frequently, starting with the 2014 “Umbrella Movement” and peaking during the 2019-20 protests, with the latter deteriorating into uncontrollable violence, arson and wanton destruction.

The protesters were banking on the belief that there would be no Tiananmen-style suppression lest China suffer severe sanctions from the West, particularly the US and UK. What they failed to remember was Deng’s warning that should there be unrest endangering national security, Beijing would “intervene”.

History records that China has twice reacted drastically when its security was threatened: in 1951, to enter the Korean War against the far superior US and United Nations forces, and in 1989, to quell the Tiananmen unrest.

The Communist Party of China (CPC) learnt well: third time around – in Hong Kong – the response was without bloodshed yet more effective. The promulgation of the National Security Law at a stroke stamped out the violence and destruction. More than that, the security law has since been used to arrest, prosecute and convict numerous perpetrators, conspirators and critics of the authorities – in many cases, retrospectively.

The most glaring example was the apprehension, conviction and jailing of the media tycoon Jimmy Lai, as well as the slaughtering of his cash cow, newspaper Apple Daily. Lai and several of his fellow critics are still facing multiple charges which no doubt will lead to further prison sentences. Numerous rioters are awaiting a similar fate.

As well, organisations such as the Professional Teachers Union, the Tiananmen Vigil Group, the Hong Kong branch of Amnesty International and dozens more NGOs have chosen to disband or withdraw from the territory.

The protesters complained there was no real freedom or democracy. They made five “key demands” to the Hong Kong authorities: withdraw the extradition bill; stop labelling protesters as rioters; drop charges against protesters; hold an independent inquiry into police conduct; and implement free elections for Legislative Council members and the chief executive.

The extradition bill was intended for the arrest and extradition of one young Hongkonger who allegedly murdered his pregnant girlfriend while holidaying in Taiwan. Somehow, the protesters were convinced, rightly or wrongly, that the same legislation could be used in due time to extradite them from the territory to the mainland.

While the havoc across the city and the disruptions in LegCo were China’s domestic affairs, the lobbying on Capitol Hill was treacherous. The photographs of the lobbyists with anti-China hawks such as as Mario Rubio, Ted Cruz, Nancy Pelosi, Mike Pompeo and Mike Pence, must have been the last straw. On July 1, 2020, the CPC struck back decisively by promulgating the National Security Law.

Obviously, the CPC had done a risk analysis and concluded that to give in would only lead to more chaos and bolder actions by the anti-establishment forces. It would be like the Korean War: if the wild ambitions of the US were left unchecked, there would be perpetual sleepless nights inside Zhongnanhai, the CPC’s headquarters.

The economic risk was well taken by Beijing in that there was no financial collapse. In fact, Hang Seng Index enjoyed a rally in the days following the NSL’s promulgation. The same was true of the Shanghai Stock Exchange Index. The dissenting groups had overestimated the deterrent effects of America’s threatened sanctions and of the economic importance of Hong Kong to the mainland. What might have been true in years gone by is no longer the case.

At the latest count, seven of the world’s 10 largest ports are in mainland China, with Hong Kong slipping from the first to the eighth spot. In terms of container throughput, Hong Kong is only ahead of Tianjin and Rotterdam but behind Shanghai, Singapore, Ningbo-Zhoushan, Shenzhen, Guangzhou, Busan and Qingdao.

The protesters and those who went lobbying in Washington complained that Hong Kong did not have real freedom or democracy. The fact that they were able to act as they did with impunity, that all the NGOs were operating without hindrance and that Lai was free to make countless millions with his anti-China tabloid all indicate the opposite was true. Yet the violent protests, arson and destruction continued, even long after Chief Executive Carrie Lam withdrew the extradition legislation, the first of the rioters’ five demands.

Sadly, the complaints about freedom and democracy are now realised. The rioters wanted no extradition legislation but got the security law instead: illegal anti-mainland activists can now be summarily dealt with locally. What an irony!

In October 2021 LegCo passed a film censorship law – something that had never existed in Hong Kong. It aims to ban films considered contravening the security law. This is another example of China’s doubling down on its control of the territory despite the possible adverse effects on the vibrant film industry.

On top of all this, the South China Morning Post reported on November 12: “There are new political elites in town. Who are they? [They are the] emerging business figures mostly from mainland firms set to flex muscle at coming poll, with record number of them signing up in race for seats.” This would have been unthinkable in the past, when the dissenters often referred to mainlanders as locusts (which sounds like “yellow pests” both in Cantonese and Mandarin). These “elites” would have been howled down in no time. These ambitious mainlanders did not succeed this time but who knows what the future holds.

The latest round of arrests, on sedition charges, was that of six executives of the Stand News website on December 29. In response, what the normally vociferous US Secretary of State Antony Blinken did, as reported by thehill.com on December 30, was merely to “call on PRC and Hong Kong authorities to cease targeting Hong Kong’s free and independent media and to immediately release those journalists and media executives who have been unjustly detained and charged”.

Blinken’s appeal was duly rebuffed by the authorities. Those detained included renowned barrister Margaret Ng, who also went knocking on doors in Washington and must be dismayed by the impotence of US diplomacy.

Deng set 50 years from 1997 as the transition period. In view of what has transpired lately, the timing could change. The mainland economy is now the world’s second largest and will soon be the largest. Hence, economic disparity is no longer an issue. Politically, the mainland is seen as shifting cautiously and continuously to the right and Hong Kong to the left, “guided” by the National Security Law. The transition is expected to be gradual. Is there a chance that the “two systems” will become one before 2047? The answer: Yes! 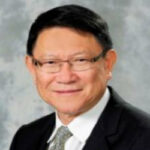 Yew-Chaye Loo is Professor Emeritus at Griffith University where he last served as the Sciences Group’s Internationalisation Director. Born a Malayan Chinese he received his education and had worked in Malaysia, Taiwan, Thailand, and Scotland before migrating to Australia. In June 2013, he was appointed Member of the Order of Australia “for significant service to civil and structural engineering”.