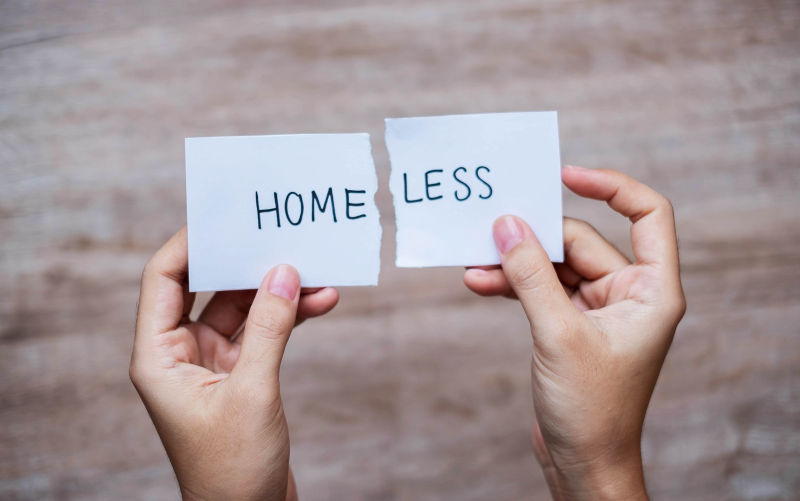 Chalmer’s first budget critiqued; Why does Australia have a rental crisis?; and Razzhigaeva explores whether a universal basic income can help address homelessness. Read on for the latest monthly digest of articles on housing affordability and homelessness.

A critique of Labor’s housing plans in Chalmers’ first Budget UNSW Professor of Housing Research and Policy, Hal Pawson, assesses the housing initiatives unveiled by federal Treasurer Jim Chalmers, in his first Budget. Writing in The Conversation, Pawson notes that the most “substantive” aspect of federal Labor’s housing plans was confirmation of promised funding for 30,000 new social and affordable rental homes over five years, using annual returns on the new $10 billion Housing Australia Future Fund, and further boosted in Chalmers’ Budget by federal funding for another 10,000 affordable rental homes, under a new ‘National Housing Accord’ with the States and Territories.

The Accord commits Australian governments to helping to create at least 1 million new homes over 5 years from 2024 (ie. an average of 200,000 per year). Construction of new homes in Australia in recent years has ranged from around 860,000 to 985,000 per 5-year period, though the higher figure occurred during “a period of peak activity unlikely to be repeated soon”.

Current official and industry forecasts are for an average of only 180,000 housing completions per year over the next 3 years. Although Pawson applauds Labor’s housing focus and intent so early in their administration, he queries how realistic it will be to achieve the target of 1 million new homes in the timescale indicated. He goes on to say the real problem is that Labor’s initiatives are focused solely on the supply side of the market and turn a blind eye to policy settings that affect housing demand, including migration, tax, social security, and financial regulation.

Pawson calls for a more comprehensive national housing strategy that addresses long-needed institutional reforms, describing Australia’s existing governance structure for housing policy as “outdated, fragmented and underpowered”. See also How the National Housing Accord could ease the housing crisis; and ‘Only if the return stacks up’: Super funds will demand sweeteners to back Labor housing plan; For a different, more progressive, view about the role of superfunds in relation to investing in social housing, see Super funds should use their substantial holdings for public good.

Cohousing is empowering people to fight back against a global housing crisis Johannes Novy, a Senior Lecturer in Urban Planning at the University of Westminster, explores the emergence of cohousing as one of a range of cooperative solutions designed to promote sustainable urban development – a policy area to which the UN’s “New Urban Agenda” is directed.

Novy, writing in The Conversation, notes that cohousing is a concept that embraces a range of housing structures and is not tied to a particular type of tenure. In essence, it involves residents living with each other in buildings that comprise communal spaces and facilities, where residents take the lead or are at least involved in the design and management of their communities.

Central to the notion of cohousing is “promoting an ethos of participation and sharing”, including during the planning and construction phase of a cohousing project. Novy describes examples of cohousing experience in the UK, Spain and Germany, and some of the benefits cohousing residents enjoy, not least reducing the sense of isolation that people living independently sometimes suffer from, particularly during the Pandemic.

He acknowledges that cohousing is not for everyone, and that it can be difficult to get cohousing projects off the ground, partly due to the difficulty of finding suitable sites and to the fact that (in many countries) residential planning, tax and lending policies create a strong bias in favour of traditional homeownership and residential development.

These include independence, privacy, security of tenure, ability to keep pets, and room for friends, family or a carer to stay. Presented with seven alternative housing options, survey respondents showed a clear preference for a shared equity home ownership model, a cooperative housing model and a transportable home model (located on land owned and retained by government).

Respondents acknowledged that it is often necessary to make trade-offs from their ideal housing attributes. The underlying research finds that, at least for older Australians, housing options are not always easy to navigate, nor easily intelligible, and that there is an opportunity to develop better supporting structures for such a cohort, including a central repository of local housing information, with staff to guide those needing help in navigating the options.

Can a universal basic income help address homelessness? Nadia Razzhigaeva, writing for the UNSW Newsroom blog, poses the question of whether a universal basic income (UBI) could help address homelessness. Her blog quotes heavily from a paper by Dr Andrew Clarke (at the UNSW School of Social Sciences), published in the Journal of Sociology. Razzhigaeva cites Dr Clarke as arguing that a UBI policy “could be part of a new and more effective solution, which could help address some of the structural issues that lead to homelessness”. She notes that a UBI is a “periodic cash payment unconditionally delivered to everyone in society without a means test or work requirements, and regardless of their circumstances”.

It is a policy that it is gaining traction internationally and UBI pilots have taken place in Scotland, Netherlands and Finland. She acknowledges Dr Clarke’s point that while a UBI could help address the “income side” of the housing crisis driving homelessness and lessen the stigma for those who need income support, it would need to be coupled with various “supply side” policies, not least increases to the supply of social housing and removal of other structural impediments to people finding affordable housing.

A UBI could also lessen the bureaucratic time and costs of rationing and overseeing social welfare payments. Wrapping up her blog, Razzhigaeva’s cites Dr Clarke’s concern that government would need to control market fluctuations and prevent a UBI from being absorbed by rising rents. If this were to involve rent control, the prospect of gaining any widespread support for that seems remote.

Why does Australia have a rental crisis, and what can be done about it? This policy brief from AHURI provides a useful snapshot of the nature and extent of Australia’s current rental crisis, its main causes, and what can be done to alleviate the crisis. The nature and extent of the crisis can best be measured in terms of the sustained very low rental vacancy rates (an average 0.9% in September 2022, Australia wide), the lowest national level since April 2006, and very high national rents (an average of $542 per week, across houses and apartments combined), the highest rate such rents have ever been.

The main causes of the crisis are inadequate supply of new homes to keep up with population growth and population movements within Australia, as well as the splintering of households. Such splintering has in turn been caused by relationship breakdowns and share houses dissolving due to Covid lockdowns. Population movements within Australia, particularly during Covid, saw many people moving from the city to regional and rural areas.

The re-opening of international borders, and more recently the move to increase net migration to Australia, have put further pressure on the availability of rental housing. Finally, the growth in the short-term letting market (eg. Through platforms such as Airbnb) has seen rental properties being increasingly removed from the long-term letting market, particularly in high-demand inner city areas which appeal to tourists.

AHURI notes that we need more well-located rental dwellings that are affordable to people on low incomes, in other words an adequate supply of the right kinds of homes in the right places, much of which should be close to the employment centres of our major urban areas. We also need to improve accessibility and connectivity to outer suburban and satellite city housing markets, via strategic investment in transport and communications infrastructure, as well as fostering new employment clusters through strategic place-based funding interventions and digital innovation.

And to assist those on lower incomes, we need to better target eligibility to Commonwealth Rent Assistance (CRA) and increase the rate of CRA to those who most need it. Finally, we need to find ways of encouraging institutional investment in rental housing, particularly the sort of rental housing that is affordable to those on more modest incomes but who are not eligible for social housing.