How good is Scott Morrison? Or is it all marketing? 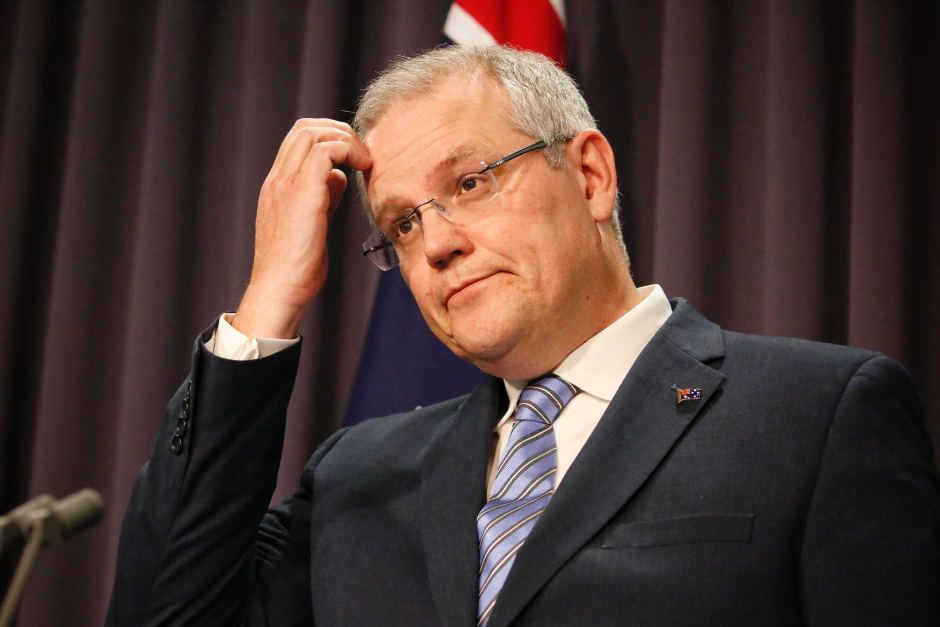 After a bad beginning with the bush fires, Scott Morrison has understandably claimed credit for Australia’s relatively strong performance in mitigating the health and economic consequences of the Covid pandemic in 2020. But looking to the future, how much substance is there, or is he just Scotty from marketing. So long as Morrison remains determined to maintain secret rather than open government we cannot expect any improvement. But unfortunately, this seems to be the fundamental nature of this Prime Minister, and he is unlikely to change.

According to Scott Morrison ‘we are leading the world out of the global pandemic and the global recession it caused.’ ‘Our health system withstood the pandemic storm.’ ‘But we’ve been equally successful in protecting livelihoods, better than almost every other advanced economy in the world today.’

Furthermore, it seems that many, many Australians would acknowledge the government’s success in responding to what have been the two greatest challenges over the last year.

Critical to stopping the spread of the Covid-19 virus has been a series of lockdowns that have limited social contact and thus the spread of the disease. However, responsibility for these lockdowns has resided almost exclusively with the State governments, and often the Morrison Government has resisted them. Contrary to all the economic evidence, for a long time the Morrison Government seemed convinced there was a trade-off between health and the economy, and it prioritised protecting the economy.

Furthermore, the two main areas where the Covid virus did spread were quarantine and aged care. Both services are the responsibility of the Australian Government and not the States, but this was a responsibility which the Morrison Government walked away from.

Most recently, the national government has accepted responsibility for ensuring the vaccination of the population. But we are way behind other countries in the roll-out, the States are complaining about a lack of information, and we now look unlikely to meet the original targets that the Government itself set.

The main responsibility for supporting the economy through the recession also lies with the Australian Government, and here the Morrison Government has done well so far. But Scott Morrison now seems to think full economic recovery is assured, and as Ross Gittins recently put it, he is effectively putting up a sign, MISSION ACCOMPLISHED.

I agree that many firms have recovered, and Morrison is right to terminate the highly successful JobKeeper scheme. But there remain some industries that continue to need assistance, like travel and tourism. However, the replacement assistance seems a bit too tightly targeted, with the targeting possibly reflecting political preferences.

Furthermore, beyond these industries that continue to need support, the restoration of reasonable growth across the economy as a whole and a return to increasing living standards is far from assured.

In the six years since the Coalition Government was elected, prior to the recession, the economy was stagnating. And as the Governor of the Reserve Bank pointed out back in 2017, the critical reason for this has been low wage growth. But the Morrison Government has no plan to address this problem, and instead its reforms to industrial relations and its opposition to wage increases, means that low wage growth and economic stagnation are likely to continue.

In addition to the economy, the Government is facing, or should be facing, some other significant future challenges, which have largely been set aside during the pandemic. The most obvious of these is climate change, but others which come to mind include national security, the need to adequately fund essential public services, and perhaps most important of all, is the need for the Prime Minister to provide a sense of leadership and a vision for the future.

The Morrison Government refuses to commit to an emissions reduction target and because of that it does not have an energy policy.

The irony is that notwithstanding the policy vacuum from the national government, the States have all committed to zero net emissions by 2050 and are taking the necessary actions to achieve that target. In addition, private firms are bowing to market pressures; coal-fired power stations are planning to close, and private businesses will not invest in new power stations which rely on fossil fuels.

But everyone is looking for a national plan so that they can have more confidence about the timing of new investments in renewable energy. In addition, the national government should play a major role in ensuring that:

The major challenge for Australia’s national security is to balance the relationships with China, our principal trading partner, and the US, our principal ally. This has been more difficult in recent years, because of the changing nature of both countries under the leadership of Xi Jinping and Trump, respectively. But the Morrison Government has also made some gaffs, such as the way it called for an enquiry into the origins of the coronavirus without any prior consultation or support.

Looking further ahead, we have a defence strategy (if you can call it that) where the capability that we are contracting for:

And this gross mismanagement of our defence is by a conservative government which has traditionally engaged in flag-waving and seen itself as the best guardians of our national security.

Morrison keeps reassuring us that his government will ensure that all essential services are properly funded, but there are many examples where this is not true.

The most obvious such example right now is aged care, where a Royal Commission has found that the critical problem from which all others flowed was a lack of funding. But there is a host of other public services that are under-funded, ranging from the universities and vocational education and training to the Archives where the Government sat on a report for 15 months which found that records were being destroyed because of inadequate funding.

Essentially, the Government has prioritised getting the Budget back into the black. Furthermore, as the Government was not prepared to increase taxation, nor review program performance (see more below), the only option left has been to squeeze the funding of many public services. But now the Royal Commission into Aged Care has said that if necessary an additional tax should be raised to ensure proper funding, and this has Morrison in a quandary.

For my part, I note that Australia is an exceptionally low tax country, and I do not see how we can adequately fund the essential services that we look to government to provide without raising extra revenue. But this is a critical challenge, which so far the Morrison Government is determined to avoid.

The key function of the leader of any organisation is to set the culture and provide a sense of direction for the future. On both counts, however, recent evidence suggests that Morrison is failing.

Morrison has an essentially transactional approach to policy issues, dealing with problems as they occur. But the counterpart is his inability to provide any strong sense of what sort of society we are and what we would like to achieve, especially in terms of unity and caring for each other.

Most recently, Morrison has sought to bury the rape allegations against his minister Christian Porter. His government seems to be incapable of acknowledging the gravity of allegations of sexual assault. Instead, the aim is to minimise the political damage and hope the issue will go away – the sooner the better.

But this is a serious miss-judgement. Although it is unlikely that an enquiry will come to any definitive conclusion, the weight of public opinion is now demanding that the aggrieved parties be given their “day in court” through an independent enquiry.

Furthermore, as Don Russell, the former chief of staff to Paul Keating, has observed, political scandals are much more likely to take over in the absence of any central policy agenda. But such an agenda is precisely what Morrison shies away from.

Many people have complained about this lack of a reform agenda, but it is impossible to successfully prosecute a reform agenda without the provision of necessary public information and debate. Thus, the Hawke and Keating governments were very successful in advancing economic reforms because they made the necessary information available so that people could appreciate the need for reforms and how they would work.

For example, when the Hawke Government was elected in 1983, stagflation was the critical economic problem. Hawke was able to persuade the public that economic restraint was needed and that the sacrifices involved would be fairly shared, by making available all the information that was available to the government, including for the first time the Treasury’s economic and budget forecasts.

Similarly, the Hawke Government was able to cut real outlays to restore the budget balance by showing how it was targeting programs that were not cost effective.

By contrast, the Morrison Government is the most secretive government in living memory. Programs are no longer regularly evaluated and information on program performance that was published as part of each budget is no longer available. Similarly requests for freedom of information that should be available are now regularly refused or evaded.

So long as Morrison remains determined to maintain secret rather than open government we cannot expect any improvement. But unfortunately, this seems to be the fundamental nature of this Prime Minister, and he is unlikely to change.