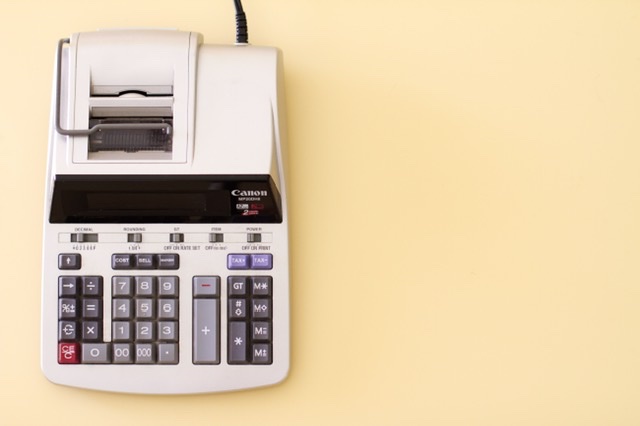 The 2021 Budget continues the Government’s good work in minimising the impact of the Covid recession and promoting economic recovery. However, the Government could still do better in setting up Australia for the future and guaranteeing essential services.

This assessment of the Government’s budget will focus on its three main functions to:

As has been universally acknowledged, the Government’s fiscal policy has been critical to Australia’s success in achieving a V-shaped recovery from the Covid recession, with real GDP forecast to increase by 4¼% in 2021-22.

What stands out in this latest budget is that the Government has not only dropped its debt and deficit rhetoric, but now it has explicitly stated that until economic recovery is complete fiscal policy will target the unemployment rate. The Treasury forecast is that unemployment will fall from its present rate of 5½% to 4¾% by mid-2023, at which point Treasury considers that all spare capacity in the labour market will have been fully absorbed.

It is only at that point, when economic recovery has been secured, that the Government now intends to transition to its medium-term objective of stabilising and then reducing debt as a share of GDP.

Furthermore, the Government will from now on rely less on expenditure restraint to restore the budget balance and to reduce the debt burden. Thus, new policy decisions since the last 2020-21 Budget have added as much as a net $56bn to budget payments over the next three financial years.

This effectively means that nearly three quarters of the improvement in the budget balance that would have flowed from revisions to the economic forecasts has been used to finance new government policies. It represents a much slower rate of fiscal consolidation as the economy recovers than we might have expected from this Government in the past.

Furthermore, an interesting question will arise as we approach mid-2023 when economic recovery is expected to be complete. On present projections, the budget cash deficit will still be as much as 2.4% of GDP in 2024-25, and this could well represent too much fiscal support at a time when it is forecast that there will be no spare capacity in the economy.

The Outlook for Longer-term Economic Growth

In the medium to longer term Treasury assume that economic growth is driven by the three ‘PPP’s: population, (employment) participation, and productivity, with the first two PPs determining the rate of employment growth.

In the five years pre-Covid, under this Government the economy stagnated with productivity only increasing at annual rate of 0.7%. But now, for some inexplicable reason, Treasury are forecasting productivity growth of 1½% as soon as 2022-23 – more than double the past rate – and productivity is then projected by Treasury to continue growing at this rate thereafter.

I have argued extensively elsewhere, that this low rate of productivity growth has been caused by low wage growth and its impact on consumer demand and thus on investment. But the forecasts in this Budget show no increase in real wages up to and including 2022-23, which in itself seems inconsistent with the forecast increase in productivity.

While wage growth can be expected to pick-up as unemployment falls, wage growth is not purely a cyclical problem, as is assumed by the authorities.

Wage and productivity growth will not fully recover to the rates being projected unless the structural factors that have depressed the rate of wage growth and changed the distribution of earnings are also addressed. In particular, the Government needs to address the skills imbalances that will hold back the return to full employment, but it would also help if the Budget had dropped the present wage freeze for public servants.

Thankfully, this Budget does include two major initiatives to build skills for the future and encourage more Australians to participate in the labour market:

But true to form both these subsidies err on the side of being too little too late. Over the four years from 2015 to 2019, the number of government-funded qualifications completed each year by new apprentices and trainees fell from 284,000 to 209,000, so this additional support is not quite making up for past shortfalls.

In addition, the Government has done nothing to help improve the finances of universities, which are vital to the future provision of skills and research. Past funding cuts by the Government are largely responsible for forcing the universities to rely so heavily on the income from foreign students, and now that this has dramatically fallen, the universities are being forced to cut back and even lay off staff.

Similarly, it is estimated that the increased childcare subsidy will be limited to allowing only around 40,000 individuals to work an extra day per week. Of course, this is useful, but it will have much less impact than Labor’s scheme which would allow all families who use childcare to gain, regardless of the number of children, their age, and the family income.

The Provision of Essential Services

A welcome highlight of this Budget was the increased funding for aged care, mental health and suicide prevention services, and the National Disability Insurance Scheme.

The biggest change is for aged care, where the Government plans to spend an additional $17.7bn over five years in response to the Royal Commission’s recommendations. This additional funding has been welcomed by spokespeople for aged care, but it is only about a third of the amount needed to deliver the Royal Commission’s vision of a full rights-based model where every Australian is entitled to receive the care they need.

Furthermore, as Danielle Wood of the Grattan Institute has commented, ‘while there is welcome progress, the budget falls short of delivering the big structural reforms that are needed for childcare, aged care and mental health.

One of the biggest problems in improving the availability and delivery of these services will be attracting the required increase in staff numbers. The Government has recognised this problem and has provided extra funding for training, but most industry opinion is that wages will have to be increased to get all the staff needed, and it is doubtful if the funding will be sufficient in that case.

A number of other essential services also continue to be under-funded.

Housing affordability is worsening, but this Budget does almost nothing to address this problem. Helping another 10,000 first home buyers build a new home with a 5 per cent deposit, will further add to the pressure on house prices.

While supporting 10,000 single parents to purchase a home with a 2 per cent deposit, will only help those who have saved approximately $8000, which is very difficult for someone entirely dependent on social security. It would have been much better to have increased the supply of social housing and increased rent assistance, as many economists have recommended.

The very large infrastructure budget still does not make adequate provision for funding the connectivity of renewable energy to the network, which is an essential part of reducing carbon emissions. On the other hand, the funding for the Prime Minister’s ‘gas-fired recovery’ is a bad joke.

Finally, as the Government itself has recognised, the forecast economic recovery is dependent on an acceleration of the vaccine roll-out in the second half of this year, and that the quarantine system continues to work as well as in the last few months.

As former Health Department Head Stephen Duckett has pointed out, Australia’s Covid-19 vaccine rollout is an expensive shambles. It will not improve unless the system of contract management is changed.

Equally, given our dependence on the quarantine system for screening overseas arrivals, it would have been prudent if the Budget had included funding for mass vaccination centres as proposed by some States.

What this Budget demonstrates even more vividly than before, is that governments cannot adequately fund all essential services while they are limited by a revenue cap equivalent to 23.9% of GDP.

Indeed, the Budget projects that receipts will reach this revenue ceiling in 2024-25. However, with a projected budget deficit equivalent to 2.4% of GDP, and no spare capacity in the economy, it will be impossible to adequately fund essential services without a tax increase.

Of course, the Government can be expected to continue to proclaim that it is the Party of low taxes, but the response should then be that the Coalition is also the Party of low and poor services. Which do you want, especially when the burden of taxes in Australia is lower than in almost all other advanced economies?