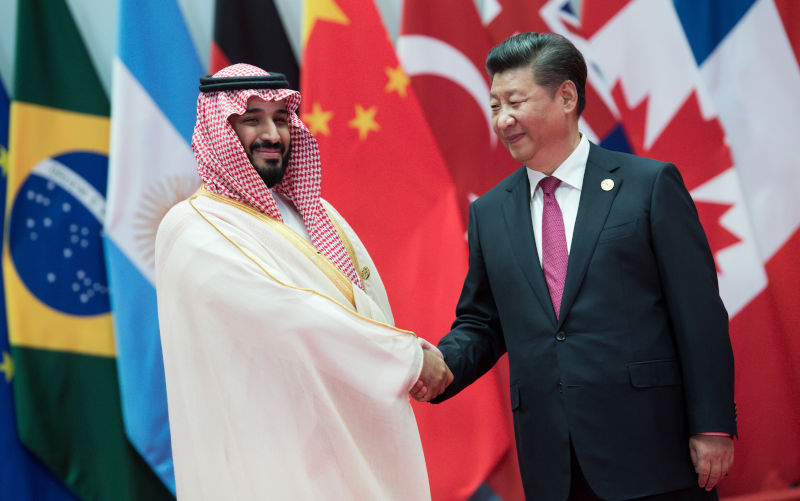 John Lee must position Hong Kong to deliver unique value in the emerging petro-yuan market in a way that complements Riyadh’s development as a trading centre for renminbi securities.

A covert visit by US Treasury Secretary William Simon to Saudi Arabia in July 1974 radically transformed global energy and financial security. An ensuing deal, under which the Middle East kingdom agreed to finance US government deficits in return for American military aid and equipment, laid the foundation for decades of economic growth and prosperity, and extended the dollar’s linchpin role in international financial markets.

Hong Kong Chief Executive John Lee Ka-chiu’s coming  tour of the Middle East could herald a similarly seismic shift in the financial and strategic relationship between China and the Arab nation, and deepen Hong Kong’s role in international finance.

Neither experienced in international relations nor well versed in the operations of global capital markets, the former policeman seems an unlikely ambassador for such a mission in financial diplomacy. Then again, William Simon was a brash former bond salesman, hardly known for his diplomatic finesse (he once called the Shah of Iran, a close US ally, a “nut”).

What Lee has in his favour are geopolitical winds tilting China and Saudi Arabia towards greater interdependence, and Hong Kong’s criticality to unlocking both countries’ strategic objectives.

Rapid economic development has catapulted China into the position of the world’s largest oil importer. Meanwhile, the shale oil revolution has transformed the United States from Saudi Arabia’s largest customer into a major competitor in oil exports. This has called into question the fundamental strategic rationale for continuing American military support to the Middle East.

As major exporters, both China and Saudi Arabia have accumulated large reserves of US dollars. The US’ increasing weaponisation of the dollar system against strategic rivals threatens both countries.

For China, lacking self-sufficiency in both food and energy, and heavily reliant on the dollar for its external trade, being frozen out of the dollar system would pose potentially existential risks. The unprecedented freezing of Russia’s foreign exchange reserves last year was a stark wake-up call for Chinese policymakers, accelerating efforts to persuade China’s trade counterparties to accept renminbi to settle purchases of key commodities.

The Saudis also face complex strategic challenges. Notwithstanding its dependence on Saudi oil, China has so far shown no inclination to take on American military commitments in the volatile region.

To this end, the kingdom has been investing in its domestic financial infrastructure, with an eye to developing Riyadh as a leading international financial centre.

This is where Lee needs an innovative proposition. Asking the Saudis to invest their renminbi in Chinese assets through Hong Kong would simply pit the city against Riyadh’s own ambitions. Further, the Saudis will hardly be enthusiastic about a proposal that, in the long run, merely substitutes the yoke of American financial markets for that of the Chinese.

To be persuasive, Lee must position Hong Kong to deliver unique value in this emerging petro-yuan market in a way that complements Riyadh’s development as a trading centre for renminbi securities.

Western control of key international financial infrastructures and the consequent risk of sanctions has so far inhibited the expansion of mainland Chinese outbound portfolio investment beyond Hong Kong.

By developing the city as a securities safekeeping centre and establishing direct settlement links with Riyadh, Hong Kong could offer a path for Chinese investors to invest directly in the kingdom’s securities markets, in a similar way to the Stock Connect programme. This would also support mainland policymakers’ drive to improve the returns on, and diversification of, Chinese retirement savings, while shielding these investments from foreign sanctions.

Hong Kong could further play a  vital role in extending the international reach of this cross-border renminbi securities market. To participate, global investors will demand similar levels of capital and liquidity efficiency as they enjoy when investing elsewhere. Critically, this means being able to raise short-term borrowing against their holdings, and to use them to satisfy clearing house margin requirements.

Today, few international investors are willing to accept a pledge of collateral under mainland Chinese law, and Islamic law’s prohibition against demanding and accepting interest means pledges under Saudi jurisdiction are also problematic.

Hong Kong, on the other hand, with its English common law system, is widely accepted by the international investment community, ideally positioning it to serve as the collateral management centre for this market.

If Lee plays his cards right and fully leverages Hong Kong’s unique value proposition under “one country, two systems”, he could be remembered for the biggest transformation in the global energy and financial security landscape since William Simon’s historic trip, unlocking vast new opportunities for Saudi Arabia, China and Hong Kong.

James A. Fok is a veteran financial and strategic adviser to corporations and governments, who served as a senior executive at Hong Kong Exchanges and Clearing during a decade of rapid internationalisation in China’s capital markets. He is the author of the book Financial Cold War.