A parliamentary report urges the government to work on improving the school curriculum to develop in students ‘‘understanding, empathy, and an openness to diversity’’. It seems the adults in the room also need to learn some lessons.

It’s always troubling when the term Australian values is given an airing. Whatever the intentions or origins of its surfacing, it feels as though there’s a quiet desperation about it. As though it is seeking reaffirmation of what it means, and how by its uttering, it thus helps solidify the definition of us. This is all the more acute when it falls into the arms of that shape-shifting creature: the politician.

A bipartisan federal parliamentary committee recently recommended that secondary students needed to be better educated about Australian values. It also urged better teaching on Indigenous history (no complaints with that), and an increase in knowledge about civics and democracy (good luck with that).

The Senate inquiry which resulted in the report took 18 months. Some of its recommendations are long overdue, such as developing resources so that First Nations history can be properly taught. However, instilling a greater appreciation of civics and citizenship night be problematic.

Labor senator Kim Carr, who chaired the review, acknowledged, “What is undoubtedly true is that the level of civic engagement and debate in this country is disturbingly low.”

Perhaps, just perhaps, this might be because the level of admiration and trust people have in most politicians is barely able to rise above the floors of the House of Representatives or the Senate. How does this square with building a tower of Australian values when the people we elect to represent us are held in such poor, indeed contemptible, regard?

It is all very well to bathe in the reflected glory of our inestimable Australian values – we give everyone a fair go, we help out our neighbours when they’re in trouble, we fight for the underdog, we look after one another – but it is not the whole truth.

Values, like numbers, can be positive and negative. It’s a fine line between mateship/larrikin and self-interest/criminal. There’s not too many steps from being a larrikin to being a ratbag.

No one can reasonably argue we give the unemployed a fair go. For more than two decades, governments, of both colours, were content to leave welfare payments at a level that hovered around indifference and poverty. Forty dollars a day. Go and live on that. There’s no value of understanding or compassion in that. It is welcome, and condemnatory, that it has taken a pandemic to see a rise in the payment, and after the just announced rise of $25 a week, contemptible. $43.50 a week. Go and live on that.

If that’s a lifeline as the Prime Minister asserts, perhaps he misunderstands the meaning and point of a lifeline.

It is somewhat ironic that the Department of Home Affairs sees itself as the guardian of Australian values. On its website these values are expounded, in part as: a fair go for all that embraces mutual respect, tolerance, compassion for those in need and equality of opportunity for all.

For years Australia has denied those points, indeed sacrificed basic human kindness, on the altar of righteous nationalism, and has treated asylum seekers as criminals, indeed not as humans, but illegal maritime arrivals as Scott Morrison once described them. The Scott Morrison with the model of a boat and the tag I Stopped These in his parliamentary office. The Scott Morrison who is now prime minister.

As to white Australia’s relationship with First Nations people, let’s put those points of a fair go for all that embraces mutual respect, tolerance, compassion for those in need and equality of opportunity for all against the reality of being Indigenous in this country.

Kids learn from example. You can teach them in a classroom for as long as you like, but if they walk outside and see their elders acting differently, which has greater impact?

The report urges the government to work on improving the curriculum to develop in students ‘‘understanding, empathy, and an openness to diversity’’.

It’s a nice idea. But perhaps there’d be more value in directing the message to the adults in the room. 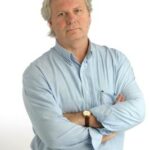