How liars and bullies can win elections 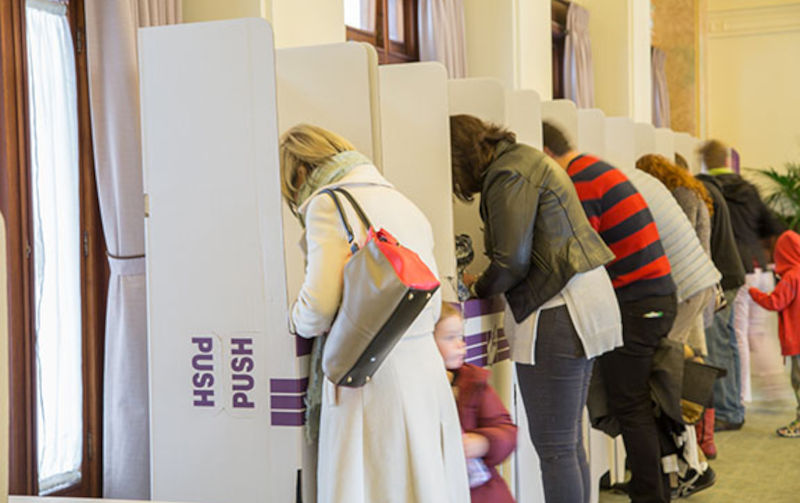 The question, of course, is whether the voters are sufficiently fearful or anxious to succumb. Image: Wikimedia Commons

I’ve met them; you’ve met them. You can find them in the corporate world, in academia, in the public service, in publishing, the media, the church … and, of course, in politics. The bullies who get away with it because of their capacity to turn on the charm when required. The barefaced liars who mask their mendacity with a disarming grin.

They can even win election campaigns. The avuncular charm. The warmth. How could you doubt such a lovely bloke? We thought we no longer trusted him, but he had such a nice, open manner. So confident. So plausible.

It’s hard to resist the well-practised charm of the bully (and most charmers are bullies, after all). It’s hard to call out the lies when the liar seems so sincere – and so ready to don a hi-vis jacket and go on the tools as if he’s really just an honest, down-to-earth tradie at heart.

In amongst all the bluster, all the kissing of hapless babies, all the visionless cant, three recurring claims in this election campaign reveal just how reckless and dishonest federal politicking has become.

First, the falling unemployment rate. That figure Anthony Albanese was pilloried for being unable to recall. That vacuous, meaningless piece of statistical nonsense.

It would be better for all of us if everyone forgot the unemployment rate because it’s mere hot air. You count as “employed” if you’ve had at least one hour of paid work in the previous week. One hour.

The real issue, of course, is underemployment: the number of people who have less work than they want or need – and that’s a significantly higher figure. Combine unemployment and underemployment and we’re looking at something over ten percent of the workforce.

And even that combined figure fails to reflect the issue of growing importance in our evolving labour market: job insecurity.

So spare us the “fake truth” about unemployment. Let’s hear, instead, about policies to address underemployment and improve job security.

Second, those infamous tax cuts. When will this ever end? If we’re really determined to keep promising tax cuts, let’s at least also promise to confine them to the lowest-paid workers. How about, finally and forever, burying the “trickle-down” fiction that everyone benefits from tax policies that increase the wealth of the already-wealthy?

Back to basics for a moment. As a nation, we have adopted a tax-and-transfer system not only as a means of financing public infrastructure and services – roads, transport, public schools, health care, public libraries, public housing, law enforcement, etc – but also as a way of ensuring that some of the wealth at the top of the economic heap is transferred to needy people at the bottom. The poor. The disadvantaged. The chronically ill. The marginalised. The homeless. The underemployed. The dispossessed. The cognitively impaired. The frail elderly.

Every time a politician talks about cutting taxes, the implicit message is this: We don’t care deeply enough about disadvantage and inequality in our society to address it seriously. We are going to “reward effort” at the expense of addressing the needs of those who are incapable of helping themselves.

When, oh when, is someone going to be courageous enough to say that, yes, we need to reform the tax system, but not by looking for ways to reduce personal income tax. Instead, we should be looking for ways to significantly increase the tax rate – especially for our highest income earners – so that we can afford to address the needs of those in dire straits.

We often admire Scandinavian countries like Finland and Denmark for their brilliant public education systems, public transport, health-care, public housing (there’s no such thing as homelessness in Finland – and hardly any private schools, either). Australians would blanch at the income-tax rates paid by citizens in such countries, but, one day, we’ll realise that if we were to edge, even slightly, in that direction, we could make a massive impact on the currently disgraceful levels of inequality and disadvantage here.

We might also then realise, as Scandinavians already do, that in a system where people pay high taxes to fund the services that contribute to a truly civilised society, there’s a stronger sense of interdependency and mutual responsibility in the culture.

Third, job creation. You’ll have been delighted to learn recently that, if re-elected, the Coalition has promised to create more than a million new jobs. Wow. Really?

Well, no, not really. They are not, apparently, going to massively increase the public service or expand government instrumentalities, which is the only way a government can “create” new jobs. Presumably, what they actually mean is that they will outline some policy proposals (which we might hope would include the rapid and total switch to clean energy) designed to encourage employers to increase their workforce.

Lies? You could certainly argue that talking about unemployment without mentioning underemployment, promising tax cuts without admitting their social consequences, and promising to “create” new jobs are all so misleading that they involve fudging the truth, at least.

And to foist such dodgy propositions on the electorate via endlessly repeated slogans, slick advertising and a relentless charm offensive surely amounts to bullying.

The question, of course, is whether the voters are sufficiently fearful or anxious to succumb. Labor seems to lack the courage to save them from being bullied, but a bunch of feisty Independents just might do the trick.