It is extraordinary that about 70% of our long day care services are now run by for-profit operators when we know that the for-profit sector generally delivers lower quality education care.

Quality childcare is critical to society. It not only keeps children safe and healthy, but helps them develop social, emotional and communication skills. In the first five years of a child’s life the quality of their experiences – positive or negative – shapes how their brain develops.

So almost one-quarter of for-profit providers are not providing quality education and care. And yet these providers are the beneficiaries of the large government subsidies given to families to send their children to these services. The things that make an education and care service a high standard – primarily large numbers of highly qualified educators – are also the things that are the most costly. When you are a provider trying to make money, these are the areas to scrimp on.

The sector receives more than $8 billion in subsidies a year, so it attracts its fair share of those keen to rort government money. Yet despite the large subsidies it offers, the government has little resolve to demand greater accountability for the funding it provides to operators.

Australia’s childcare system was once primarily the preserve of not-for-profit organisations and charities. Now there is a mix of small private providers with one service; boutique operators with chains of between 10 and 20 services; publicly listed providers such as G8 Early Learning; and finally services owned and operated by private equity firms, often multinational ones.

Almost from the get-go, Covid-19 revealed the pitfalls of a primarily privatised childcare system. In state run institutions such as schools, operating decisions could be made purely on health grounds and the need to provide education (and simultaneously care) for the children of essential workers.

With childcare (which is really early education and care) there was another dimension. In March when the first lockdown occurred, it quickly became obvious that families were not sending their children to childcare centres because of health concerns. Families then started to question why they were paying for a service they weren’t using, and subsequently unenrolled their children from the service.

Yet occupancy figures are a major issue in childcare. Once they drop below about 90%, most services can’t make a profit. Drop below 70-80% and the service will struggle to survive. Services across the country started to alert the federal government that numbers were dropping so alarmingly that 1) there was not going to be any childcare for essential workers during the pandemic and 2) there may not be a childcare system at all after the pandemic.

The government was forced to come up with a rescue package within weeks of the first lockdown being announced.  The payments were designed to keep afloat the mostly small businesses that run childcare, regardless of how many children were attending. In return all families that needed childcare would receive it free of charge.

The rescue package was complex, cumbersome and constantly changing as holes became apparent.

The federal government was determined to build in safeguards to the rescue package as it had only just finished weeding out the dodgy operators who had in the past few years set up fake Family Day Care schemes to rort funding. Safeguards invariably mean more complexity. But the rescue package did its job and the sector survived.

The government fell into line by providing a transition grant that was post-dated by a week. This gave the services time to get rid of employees they did not want to keep on the books. Childcare educators thus became the first workers in Australia to lose their right to JobKeeper payments.

The grant also swapped Jobkeeper for an employment guarantee, which simply means staff must receive a minimum of two shifts over the period of the transition, which will last for a couple of months. (Given that educators are 97% female and are amongst the lowest paid in the country, this seemed a particularly cruel blow.)

If the entire sector were publicly owned, like our school education sector, such large rescue packages would not have been required. Moreover, for-profit operators have an outsized effect on public policy and an influence over government decisions to suit their needs. The workers are, of course, mostly shafted.

But there are other ongoing issues of what happens in childcare because of the domination of for-profit providers. These include the need for complex regulations to control the sector yet when the government needed to step in to provide a rescue package, their ability to do so quickly was hampered by the morass of regulations designed to stop rorting within the sector.

And it is not just direct service providers that are making money out of the huge government investment in the sector. Property developers; landlords; investors; and the private equity firms that now own chains of long day-care providers and a large proportion of our before and after school care services.

The real horror of the privatisation of our education and care sector, however, is that despite the huge government subsidies of more than $8 billion a year, parents are still paying an arm and a leg for this essential service. This affects women, in particular, and creates a disincentive for women to participate in the workforce. And not all children get access because to is essential early education because it is sold as a commodity.

And the women who mostly do the caring and educating? They receive pittance wages while the landlords, developers and investors make a mint. 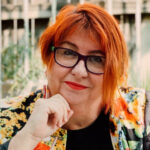 Lisa is an early education and care advocate, consultant and journalist and is a regular opinion writer for The Guardian, Nine newspapers and the ABC on education and care issues. She is a co-host of the Early Education Show podcast.