How much responsibility do our governments have?

Most recessions in Australia end up in a debate about government.  Did the government start the recession or stop it?  Was it the villain or saviour?

Think back to the recession of the early 1990s. Some accounts claim it happened due to government monetary policy; others that it was caused by international factors.  Or the Global Financial Crisis.  Opposed views remain on whether it was government fiscal policy or export income from China that allowed us to get through that episode much less affected than other countries.

But come the COVID-19 recession, there doesn’t seem much room for debate about the role of government.

Governments in Australia didn’t cause COVID-19 – and while the economic contraction obviously derives in large part from mandated restrictions on business activity, those restrictions were imposed to achieve the social goal of safeguarding health.

Equally certain, however, is that government has been the only solution to the problems we have faced in recent months.  Only a government (with responsibility for a sufficient share of a country’s population and landmass) has the scope and authority to implement regulations needed to manage COVID-19.  Only government has the financial scale and motivation to support economic activity and underpin material well-being against a downturn of the intensity which has occurred.

The government may be necessary to deal with COVID-19 yet, as the experiences of some other countries have shown, what matters is what the government does.  Outcomes beneficial to society only happen when a government orients its policy-making to the public interest; and when it has the capacity to effectively implement those policies.  The onset of COVID-19 has been a reminder of the importance of government to our well-being.  It has also been a reminder of the importance of what makes government effective – which in turn brings a message on our own responsibilities.

Governments subject to democratic accountability automatically have some incentive to orient policies to the public interest.  But what is the public interest?  In the situation we now find ourselves in, can we best deal with the health and economic impacts of COVID-19 by focusing on restricting the virus?  Or is there a trade-off that means we need to choose between health and the economy?  And if COVID-19 is being caused by Bill Gates and 5-G, is it even worth government trying to do anything?

In his book The Wisdom of Crowds, James Suroweicki argues that if enough people in the crowd have enough information, their collective opinion will in most cases be pretty close to correct.  I think a similar principle can be applied to the public interest – If enough voters have enough information, then their collective view is likely to support policies that will make society better off.

This is the first place that our responsibility comes in.  Having enough information depends on each of us spending the time to become informed.  It also depends on government, the media and experts making available the most up-to-date information – in ways that are reasoned, fair and easy to understand.

We have been fortunate in dealing with COVID-19 to have had the voices of so many medical experts willing to contribute to an understanding of the virus, and for the media (especially the ABC) to have given those voices a platform.  In my own area of economics, the efforts of my colleagues Chris Edmond and Bruce Preston (together with Richard Holden and Steve Hamilton), in making the critical point that what is best for health outcomes in Australia is also best for our economic outlook, has been exactly in this vein.

Government’s capacity to implement policies also matters.  Of course, this is never going to be perfect.  Decisions and operations that have to be made and put in place in short time frames, and in uncertain and rapidly changing environments, always need to be judged with an understanding of the circumstances.  It is the slow-moving train wreck that is more troubling.

Victoria has put in place a 3-month judicial inquiry to investigate how its hotel quarantine program appears to have caused a major outbreak of COVID-19.  Based on newspaper reports, half a day with a whiteboard would have been enough to come up with what went wrong.  Confused lines of command, a failure to establish adequate protocols and provide safety equipment for workers within the hotels, the use of private security contractors and insufficient oversight and monitoring of what was happening at the hotels, all seem to have been responsible.

But to stop the explanation of what went wrong with hotel quarantine at this point, would be to miss deeper forces at work – some of which are easy to miss because they have become so ingrained in how we regard government.

An example of these deeper forces is contracting-out.  Twenty-five years ago, at the height of the race to contract out government services, I wrote (paraphrasing what many others were saying): ‘…where the quality of a service is a significant determinant of the effect of that service on social welfare, and discretionary effort input of the supplier has important effects on the quality of the service, public sector supply of the service is likely to be preferred to private sector supply.’  Applied to the present and put simply: If you contract out a service, the quality of which is a vital element in preventing the spread of COVID-19, things can go badly wrong.

So why did contracting out happen?  Well, this is the second place we come in.  The reason it happened is that we have bought into the mantra that markets are better than government, that we deserve lower taxes and that public service efficiency dividends are good for us.  Every time we worry about our next tax cut or argue against government spending, we are privileging cost over quality in the provision of government services – and thereby promoting the use of practices such as contracting out.  This may work out when we are in smooth waters, but as we are seeing, has a way of going awry when we need those services most.

Ultimately, we all must take some responsibility for the hotel quarantine program in Victoria, because we have all contributed to it by our attitude to government.  Dealing with COVID-19 should have shown us how much we depend on the government.  But we should also draw the lesson that governments are not automatically endowed with the capacity to address the problems we want them to.  That relies on us being willing to give them the resources they need. 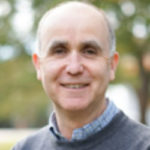