How the Netherlands is confronting past war crimes in Indonesia 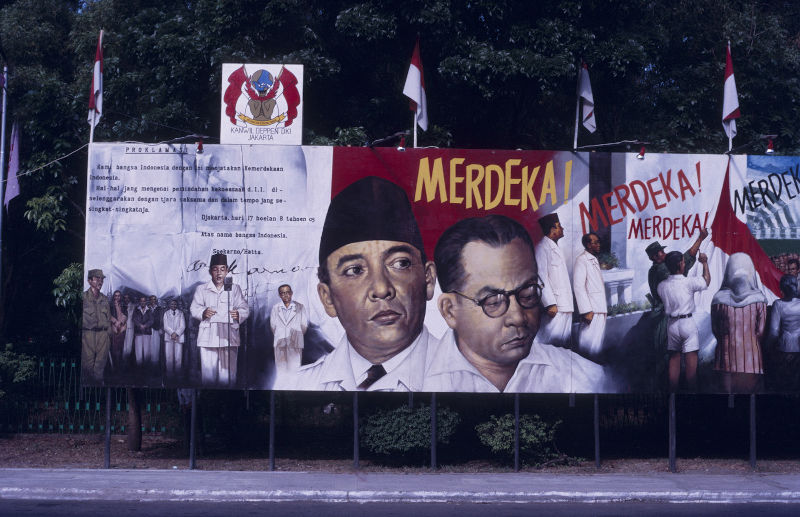 The Hague expressed remorse for atrocities committed by its military in Indonesia’s 1945-49 war of independence. Image: Wikipedia Commons

The Dutch are squaring up to the wrongs of their nation’s colonial past, pushed by the conscience of young Hollanders shamed by revelations of villainy by their forebears.

In 2013 The Hague expressed remorse for atrocities committed by its military in Indonesia’s 1945-49 war of independence. During a 2020 State visit, King Willem-Alexander formally regretted his country’s past aggression.

The latest nostra culpa came this year when PM Mark Rutte apologised to Indonesia after government-funded research proved ‘systematic and widespread extreme violence on the part of the Dutch side in those years and the consistent way previous Cabinets looked away’. The five-year study, Beyond the Pale, involved 25 Dutch academics and 11 Indonesian researchers.

A bit of background.  After the defeat of the Japanese, who had occupied the archipelago since 1942, and Soekarno’s 17 August 1945 proclamation of the Republic, Indonesia plunged into a period of chaos known as bersiap (be prepared).  Revolutionaries fought the British trying to help reinstall the colonialists who’d plundered the ‘Dutch East Indies’ for more than three centuries.

The Battle of Surabaya has been well documented by Australian journalist and former foreign correspondent Dr Frank Palmos who called it ‘Indonesia’s Gallipoli’.   The locals were routed but retreated to form guerilla units starting the four-year on-off War of Independence.

The lid of the cauldron of crimes was first lifted in 1969 when veteran Joop Hueting spoke on TV about evils he’d witnessed.  He claimed these were not occasional outrages by unhinged individuals but planned by the Koninklijk Nederlands Indisch Leger (military) and widespread.

An inquiry into Hueting’s assertions called a Memorandum on Excesses concluded there had been ‘incidents’ but these were not war crimes, and the KNIL as a whole had behaved correctly in Indonesia.’  That didn’t stop the discord.

Court cases initiated by witnesses disclosed harrowing details. Lawyer Liesbeth Zegveld (who last year resigned from compensation cases) successfully sued the state on behalf of survivors for killings in Rawagede (now Balongsari) on the north coast of Java in 1947. An estimated 431 men were shot when villagers refused to disclose a guerrilla’s location.

Other civil cases concerned executions in South Sulawesi in 1946 by special forces led by the British-trained commando Captain Raymond Westerling, originally a hero in Holland but labelled the Dutch Hitler in Indonesia. Some reports claim 400 were executed under his direct command.

Post-war researchers, like Dr Gert Oostindie, have been writing about the horrors for years.  He collected ‘ego documents’, the letters, diaries, memoirs and other accounts written by Dutch soldiers: ‘They knew the war had been on the wrong side of history but didn’t want to ask why’.

(History is a poor teacher. Jakarta is allegedly pursuing a forceful and largely secret military campaign to crush separatists/independence fighters in West Papua.)

Some Dutch veterans’ groups called Beyond the Pale’s findings unbalanced, arguing Indonesian guerrillas also used ‘intense violence’.  That’s true. Real or imagined spies were targeted. These were often ethnic Chinese. In one gruesome case in Malang (Mergosono), 30 men and women were tortured and burned to death in a factory.

As tales of brutality surfaced international pressure involving Australia forced the Dutch to negotiate and on 27 December 1949, the Netherlands recognized the new nation’s independence,

In a 2016 interview, Oostindie said that in 1945: ‘The paternalistic Dutch thought Indonesians loved them and needed to accomplish their mission of repairing the nation and building schools and bridges.

‘Indonesian propaganda showed them as monsters, drunk, brutal and crude.  But many soldiers were ill-prepared farm boys lost in a world they didn’t recognize. Not all were involved in atrocities.’

The last outrage was in Peniwen (Central East Java) where news of killings spurred action to end the war. Ironically the village was more like a Dutch hamlet with well-built homes behind trimmed hedges and neat lawns. No mosques. Dogs running loose. A barn-style church little different from those in the soldiers’ homeland.

Had the conscripts been properly briefed they would have known that Peniwen was a Christian village established a century earlier by missionaries promoting values of hygiene and personal responsibility.

So the people had built the Panti Husada polyclinic, one of the first in the region and staffed by Red Cross workers. This was the soldiers’ target.

The rolling country around Peniwen is rich in jungle cut by twisting rivers and patches of cultivation – a good place to disappear. It had been invaded twice by Dutch patrols, shooting one man and capturing others who were ‘maltreated’ to make them disclose where Brigade 16 guerrillas were hiding.

What happened on Saturday 19 February 1949 is unclear, but it seems certain that 12 unarmed and unresisting men including two patients were pushed out of the clinic, tied up and shot dead.  Three women working in the clinic were raped and the place was ransacked.

The Dutch returned a few days later unsuccessfully hunting for the village Pastor Martodipuro who had already alerted the World Council of Churches to the slaughter. His action put international pressure on the Dutch, eventually leading to the ceasefire signed three months later.

A monument stands above the graves. The polyclinic has gone and a primary school now occupies the site overlooking a hundred shades of green tumbling below.

The Javanese name means a beautiful and wealthy place. Revisited last month it looks clean, prosperous and spacious with no graffiti and little plastic in the creeks. It’s still primarily Protestant.