How the US is rupturing the Transatlantic alliance with Europe 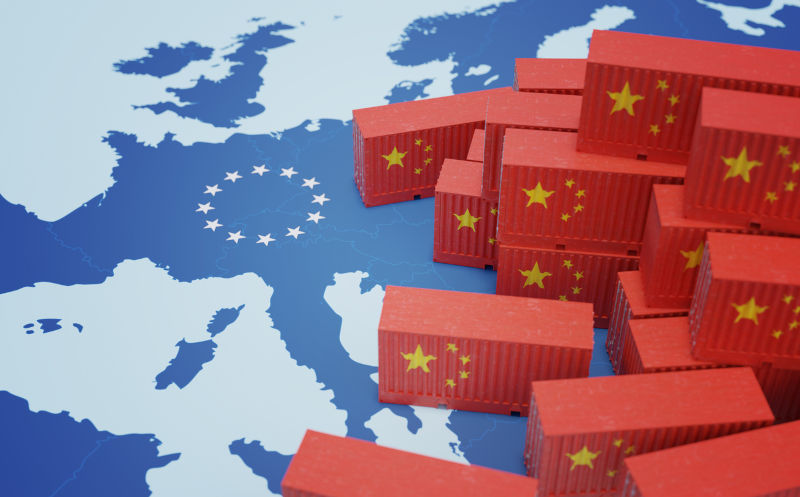 We are at an inflexion point in world affairs in which the economies of Europe and East Asia are paying the price for a misguided US strategy to re-establish its position as leader of a unipolar world and defeat competition from China and Russia.

We are, as everyone keeps saying, at an inflexion point in world affairs.

The United States’ response has included the release of revised posture statements on national security, defence, and nuclear weapons. These are based on the re-establishment of the US position as leader of a unipolar world, defeating competition from China and more immediate threat from Russia.

The reader is confronted also by a soup of acronyms, each purporting to have weight… weight in competition with acronyms for activities the United States opposes, often successful schemes, always schemes the United States does not command, involving other countries. It is altogether a vision of friction and search for victory, going so far as to continue with a nuclear strategy embracing ,not eschewing, first use of nuclear weapons.

There is nothing new in this.

The pudding must be palatable and the diners of importance are in the United States. A centrepiece of it all is now the Inflation Reduction Act of 2022, which is the final outcome of a diversity of Biden plans opposed by Democrat senator and fossil fuel magnate Joe Manchin. The act contains a number of climate initiatives, but just to illustrate the Manchinisation of it all, the opening of federal lands to renewable energy schemes must in every case see specific lands offered for exploration by fossil fuel companies.

Alongside the Inflation Reduction legislation is the CHIPS Act (Creating Helpful Incentives to Produce Semiconductors and Science Act). Together these laws bring well over half a trillion dollars to favoured US-based industries.

I have been focused on the consequences in East Asia, where the economies of South Korea, Taiwan, and Japan are being ripped by the American demands for intellectual as well as industrial disconnect from China. The intellectual base of semiconductor industry and other advanced technology is big and cannot be achieved by countries in isolation. Taking it all into the US not only damages the countries from which it is removed but also begs questions of the existence in the US of intellectual, workforce, and other resources (not least water). There is a problem arising from social abuse of people with Asian appearance in the United States. Many best skilled Chinese are returning to China. Can America do what it wants to do? Subsidies now for electric vehicles in the US are only available to companies that do not do business with China. Hyundai, with a lot of business in China, has been until now the biggest seller of electric vehicles in the US.That market is being destroyed by its competitors being handed a subsidy of $14,000 per car.

It is also now clear that there is hostility in Europe towards this protectionism in the US. On 25 November. the chair of a meeting of EU trade ministers pointed out that if a subsidy war breaks out between the US and Europe, the winner would be China. On 24 November the Brussels based European edition of Politico reported on widespread anger among European officials at US profiting from the Ukraine war while European countries suffer. By convention, Politico blames the president of Russia. A particularly severe point of irritation is over gas and oil scarcity and pricing. There is no doubt in Europe that the US was responsible for the destruction of natural gas pipelines across the Baltic from Russia to Germany, turning a war blockage of connection into a longterm cut-off, as President Biden said he would do. EU countries are now dependent on (still inadequate) supply of oil and gas from the US, at four or five times the price for the same products in the US. Some pain self-inflicted: China has signed a very long term contract with Qatar for natural gas.Europe declined to do that. Qatar shares with Iran the world’s largest gas field.

There is no public slowdown in commitment to Ukraine of the US and NATO, but capacities to maintain weapons support are in trouble, as reported by the New York Times.

In Germany, Tanja Gönner the CEO of the peak industry body was quoted in Die Welt as saying:

“The high energy prices and the weakening economy are hitting the German economy with full force and are placing a great burden on our companies compared to other international locations. The German business model is under enormous stress…Every fourth German company is thinking about relocating production abroad”.

The German Chancellor recently visited China.The President of the European Council arrives in Beijing on 30 November. The anti-China-shouting freeze is ending. But the previous situation of manufacturers of luxury cars in Germany producing every third car for China is disrupted on the one side by impossible energy costs in Germany and on the other shifts in attitudes in China away from obsession with European labels.

Jens Stoltenberg, NATO Secretary General, has now acknowledged hardship. Stoltenberg has been the most vigorous campaigner for the Ukraine war. I note that Stoltenberg is a former prime minister of Norway, an oil and gas exporting country.

The European Union seems to have been subservient to NATO in this war. The EU is large now, its systems of governance are complex, and there is a diversity of war opinion.

While members of the new Italian government coalition have been Eurosceptics, the prime minister, Giorgia Meloni, then designate, had a phone conversation with the US president expressing fealty before going to Brussels to secure funding for a very wide package of ‘manovre’ – manoeuvres – for social reform and income support. This search at the Rome daily newspaper Il Messaggero will provide some details. Open the link in Chrome to be offered translation, or use the google translator. While there are important longer term economic and social structural changes, the financial support is really only meaningful to the end of this winter, from March.

That is one country’s struggle. Within the EU and the Eurozone the problems will grow next year. Europe is living on borrowed money and diversity will mean friction, and wider hostility to impoverishment by the US.

British Prime Minister Sunak has been to Kyiv, no doubt to shore up his Tory support. But there seems some wariness in Europe and more widely, about Zelenskyy’s honesty given the way Ukraine persisted in asserting that the missile that recently landed in Poland was fired by Russia, despite Biden, NATO, and the Polish and Russian governments being agreed that it was a Ukrainian air defence missile. Nobody is talking about why it was fired in the opposite direction to what would be needed for air defence. And nobody is talking about the disruption by this event of the G20 Summit in Bali, precipitating an impromptu meeting of the G7, leaving their host, the Indonesian president kicking dust, waiting for them all to come and plant mangrove seedlings.

The presentation of national strategy and inflation reduction will be gobbled ever more enthusiastically in the United States, or so the Biden team hope. As former president Clinton said to wake a drowsy audience at the 2012 Democratic convention, to re-elect President Obama:

“Look, I love our country so much. And I know we’re coming back. For more than 200 years, through every crisis, we’ve always come back.”

Nothing new in that assertion and US ignorance of the rest of the world. In Europe there will be increased anger at misery and discomfort and increasing unemployment and increased difficulty for politicians to ignore that.

There is prospect of a much worse situation after the next US presidential elections. This is a useful commentary by Eve Ottenberg.