How the West’s sanctions on Russia boomeranged 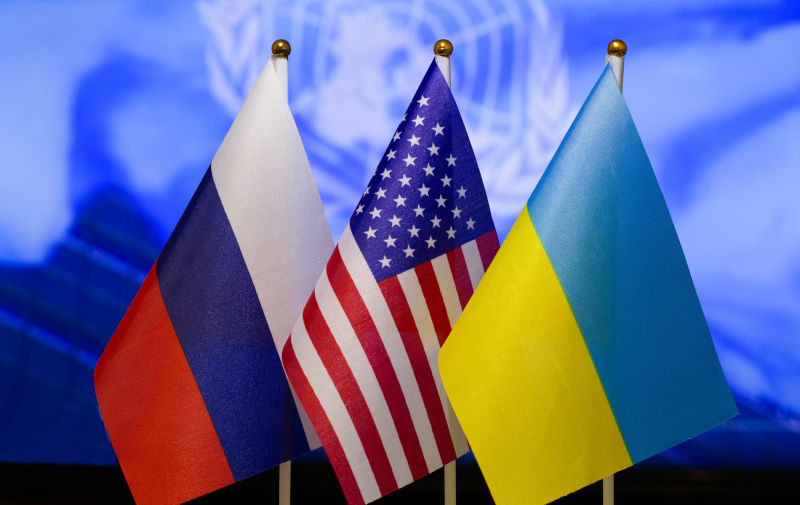 When President Vladimir Putin invaded Ukraine in February, he began two very different wars. One was a military conflict in which the Russian armed forces have suffered repeated defeats, from the failure of the initial invasion to the successes of the Ukrainian counter-offensive.

But the Ukrainian conflict also saw the start of an economic war waged against Russia by the West whose outcome is far more uncertain. The US, UK, EU and their allies have sought to impose a tight economic siege on Russia, focusing primarily on its oil and gas exports, to weaken it and compel it to give up its assault on Ukraine.

This second war, in contrast to the situation on the battlefield, has not been going well and the West suffered a serious setback this week when the Opec+ group, which includes Russia, decided to cut its crude exports by two million barrels a day in order to force up prices. The decision came despite intense lobbying of Saudi Arabia by the US where President Joe Biden is desperate to prevent the price Americans pay for petrol at the pump going up just before the midterm congressional elections in November. Reacting furiously to the news, the White House spokesperson Karine Jean-Pierre said that it was “clear” that Opec+ was “aligning with Russia”.

The desire among Democrats to keep oil prices low is so intense that they have led to a little-noticed and – from the point of view of the US and many of its Nato allies – embarrassing aspect of oil sanctions on Russia. It is only because the sanctions have largely failed that the price of benchmark Brent crude fell 24 per cent from $123 a barrel in mid-June to $93.50 a barrel earlier this week.

This fall in prices, which is now going into reverse so the price may reach $100 by Christmas, happened in large part because Russia was able to reroute two-thirds of its lost sales to the West to countries such as India and China through which it entered the world oil market. This has been hugely convenient to the US because the slide in the oil price has prevented the rise in the cost of living being even higher.

The link between falling oil prices over the summer and the successful Russian evasion of sanctions on its oil exports should be obvious, but apparently eluded Liz Truss when she met President Joe Biden in New York on the margins of a UN General Assembly meeting last month.

An account of the meeting by my brother Andrew Cockburn, the Washington editor of Harper’s magazine, reveals that Truss asked Biden for two things: a strong effort to bring down world energy prices and a total embargo on Russian oil exports. Biden was surprised that Truss did not understand that her requests contradicted each other, since taking Russian crude off the market would inevitably raise the price of oil. After the meeting, Biden told his aides that he found the new British prime minister to be “really dumb”, and not to be taken seriously.

Truss is not alone among European leaders in demanding that Russia be treated as an economic pariah, but without taking on board the degree to which the policy has already boomeranged. It may have hurt Russian consumers, but primarily the professional classes in the big cities which bought Western-made goods and took foreign holidays. But the purpose of sanctions is to deny the Russian state the revenues needed to fight the war in Ukraine and in this it has completely failed.

Russia’s economy ministry, as reported by Reuters citing government documents, says that expected Russian energy export revenues will reach $338bn in 2022 which is nearly $100bn or a third more than the $244bn figure for last year. The rise in export earnings will be even higher after the Opec+ production cut. The ministry had expected the Russian economy to contract by as much as 12 per cent, but has revised this down to 4.5 per cent. The Russian military debacle in Ukraine has many causes, but lack of money is not one of them.

If the damage inflicted by sanctions on the regime in Moscow is less than expected, the self-harm to the rest of Europe and to a lesser degree the US, has been far greater. Every country faces a cost of living crisis. Manufacturing industry is buckling, particularly sectors producing metals, fertiliser, paper, glass and anything requiring a high input of gas and electricity. The National Grid in Britain warned this week of the risk of electricity blackouts.

Economic and social disruption is justified publicly by Western governments claiming that this is the necessary price of resistance to Putin in Ukraine. By-and-large, the public has accepted this argument, though sanctions have little to do with Russian failures and Ukrainian successes. Liz Truss and her ministers keep saying that the worldwide cost of living crisis is the result of “Putin’s illegal war in Ukraine”. But it would be truer to say that the economic turmoil is the result of an ill-considered decision to wage economic warfare against Russia which was never likely to work.

Because of governmental and popular outrage against Putin and Russia, the policy of sanctions has been surprisingly little debated, despite its tremendous impact on the lives of hundreds of millions of people. Critics of sanctions are dismissed as weak-willed in opposing Putin, if not his secret proxies.

The Hungarian prime minister Viktor Orbán said this summer that “initially, I thought we [the Europeans] had only shot ourselves in the foot, but now it is clear that the European economy has shot itself in the lungs, and it is gasping for air”. But Orbán is widely denounced as a right-wing populist nationalist sympathetic to Putin, whose views can be safely ignored.

Yet an embargo on Russia was always a dubious policy. Sanctions on much smaller countries like Iran, Iraq and Syria have failed to change regimes or behaviour. They had never been tried against a country with a surplus of oil and gas and capable of feeding itself, like Russia. Governments and public opinion prefer economic sanctions to shooting wars as more humane and less risky than an outright military conflict, but they seldom grasp that embargoes usually fail to achieve their objectives.

When this happens, the official explanation is always that the sanctions are not tight enough. This is happening now with Russia. One idea is to deny insurance to tankers carrying Russian crude but this would raise oil prices. Another US-backed plan is for a price cap to be put on Russian oil so it would continue to flow, but at a much reduced profit to the Kremlin. A drawback in this piece of wishful thinking is that it would require Russian co-operation – and the Russians say they will cease to supply anybody trying to implement such a scheme.

Putin made one of the greatest miscalculations in European history by invading Ukraine, but Western leaders were almost equally unwise to opt for economic warfare as one way of stopping him.

Liz Truss has vetoed a public information campaign in Britain advising people how to save on energy use in their homes during the coming winter when there may be blackouts, according to the National Grid. The campaign would have advised on simple measures such as turning down heat in the boiler and not wasting heat and light in unused rooms.

Truss was reported to be “ideologically opposed” to the campaign as unwarranted government interference, though it was proposed by that great radical, the business secretary Jacob Rees-Mogg.

One government source was quoted as saying that the scheme should have been “a no-brainer”, adding: “It’s a stupid decision. The campaign was entirely practical, it was about saving people money. It was not about lecturing them.” This view coincides with that of President Joe Biden, mentioned in my column above.

The episode reminded me of the story of a German general some time before the Second World War, who said that he divided officers being considered for promotion to senior rank into four categories. Those he deemed clever and energetic were suitable for positions on the general staff. The clever but lazy got the top job because they would focus on taking the important decisions and leave others alone to get on with their work. The stupid but lazy might yet be useful when forced to fight in the front line. But the stupid and energetic officer was a menace to the whole army and must be sacked immediately.

If the German general had been miraculously resurrected and dispatched to the Conservative Party conference just concluded, he might be pleased to find that the categories into which he had divided his officers is equally applicable to British political leaders. Truss specialises in a sort of frenetic zealotry and tunnel vision which amounts to stupidity and much the same is true of her Chancellor of the Exchequer, Kwasi Kwarteng and Home Secretary Suella Braverman.

It is sad that Britain, so full of able and intelligent people, should end with what is probably the worst national leadership in its history. The only positive outcome from Truss’s first weeks in power is that it may well be, as with Boris Johnson, that her inability to do the job is so gross as to be self-destructive.

Here is a cautious but convincing interview with Russian academic Andrei Kortunov in Moscow about the outlook for the war in Ukraine. Well worth listening to.

Focus is all on Russian defeats in Ukraine, but this piece is interesting because it explains how Moscow’s grip on states and statelets beyond or just within its borders is also loosening. They see that Russian power is much reduced, and was probably always less than they had imagined.