Bond sales to the Reserve Bank would allow stimulus to continue without busting the budget or raising taxes.

Australia’s true unemployment rate is almost certainly higher than its peak during the last recession almost three decades ago. It is being masked by JobKeeper retaining, as officially employed, 3.5 million people, many of whom are not working. It would be much higher but for the 624,000 workers who lost their jobs and gave up looking for work.

A precipitate withdrawal of most of the fiscal support at the end of September, as legislated, would run the real risk of an even deeper, enduring recession. Yet the federal government has at its disposal ways of averting this human tragedy.

Budget bottom line should not always be the first consideration. Louise Kennerley

Regulatory agencies and the Reserve Bank have warned of the consequences of going cold turkey on the withdrawal of fiscal stimulus.

Proposals for a continuation of fiscal support through tax reductions and expenditure increases are plentiful. The more serious of these should be evaluated properly, but not ruled out in advance simply on the basis they would worsen the budget bottom line.

In view of the bleak medium-term outlook for the labour market and the inadequacy of the rate of Newstart before the pandemic struck, a return to a job-search allowance at a rate somewhere between the JobSeeker and Newstart rates is warranted.

Capital spending on physical projects that boost Australia’s economic and social capital has the advantage of temporariness, but unless these projects are shovel-ready, smaller-scale works, they can arrive too late as an economic stimulus.

Funding for any new, post-September fiscal measures would need to come from one or more of new or increased taxes, increased borrowing and debt monetisation.

This approach involves permanent money creation and would not leave the government with increased debt servicing obligations.

Tax increases would stifle any economic recovery. Increasing the rate of one tax to pay for a reduction in the rate of another might constitute tax reform, but it would not finance economic stimulus.

Increased borrowing involves issuing government bonds at market interest rates. When the bonds mature, the government either repays the principal or refinances it by issuing new bonds at the prevailing market yield. The OECD thinks Australia has ample fiscal space to support economic recovery; that, over time, future growth could be expected to wear down government debt relative to the size of the economy.

But businesses and households, aware of the government’s firm commitment to budget surpluses, will likely fear that further increases in budget deficits would mean future tax hikes and/or spending cuts. If that discouraged private investment and consumption, it would scuttle economic recovery.

An alternative approach would be to use monetary policy to facilitate fiscal stimulus without leaving a massive bill.

Having cut the cash rate to 0.25 per cent in March, the RBA announced it had reached the lower bound of interest rates and was resorting to unconventional monetary policy. It adopted a form of quantitative easing that had been practised for a decade by central banks across the West in response to the global financial crisis. QE involves a central bank buying government bonds via the private sector.

The objective of bond purchases by overseas central banks was to inject more cash into the economy to avoid a credit squeeze and help stimulate activity. But by relying on banks and other financial institutions as middlemen, QE resulted in much of the extra liquidity going into real estate and share speculation, including corporate share buybacks.

Faced with a recession, the Reserve Bank decided its QE would not specify a particular quantity of bond buying but instead buy only enough bonds to reduce the three-year Treasury bond rate to 0.25 per cent and keep it there. This enabled it to minimise its bond purchases.

Since late 2018, Australia’s broad money supply, defined as M3, has increased at a much slower rate than in most other OECD countries because the RBA adopted QE much later and more modestly. Its reluctance to respond to the recession by creating additional money might help explain the recent sharp rise in the Australian dollar, which is impeding our international competitiveness.

An alternative approach would be for the RBA to fund the federal budget deficit by buying government bonds directly from Treasury, or through the private secondary bond market, and holding them indefinitely on its books. Any profits made on these holdings would be returned to the budget as dividend payments, thereby neutralising the cost of the debt.

This approach involves permanent money creation and as such would not leave the government with increased debt servicing obligations.

The obvious risk associated with such unconventional action that effectively combines fiscal and monetary policy is inflation. But for several years the global economy has suffered secular stagnation. Monetising much of the increased public debt incurred by a post-September fiscal stimulus should not be inflationary in a depressed economy.

If inflation approached the RBA’s designated upper limit of 3 per cent, it could pull back on its direct financing of government spending, sending a powerful signal that fiscal stimulus should end.

Sceptics might say that creating free money for government spending might be difficult to stop once the economy recovered. That’s why it’s important it be done by the Reserve Bank and not left to political discretion.

Funding post-September stimulus measures through bond sales to the Reserve Bank would limit the government’s debt burden and obviate the need for tax hikes and austerity measures in the future.

Both authors are members of the CEDA Council on Economic Policy and are considering these issues as part of a paper they are preparing for the council’s Recovery: Coming Back Better series.

This article was first published in the AFR on the 29th of June 2020. 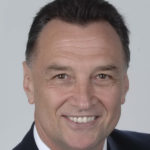 Craig Emerson writes on Australian politics and was an economic adviser to Bob Hawke and a minister in the Gillard govenment.