How to learn from our Covid history (no, not with a royal commission) 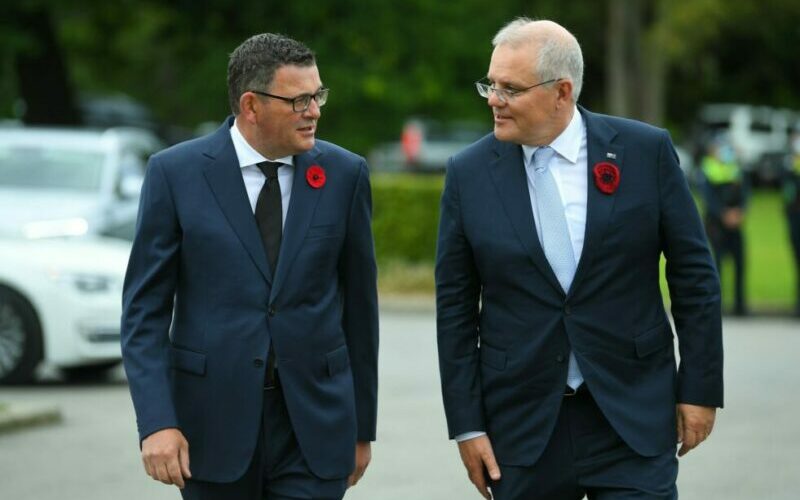 What we have learnt from decades of experience about analysing what to do when things go wrong in healthcare should be applied to public health too.

The public’s anger is palpable. Back in September the Prime Minister spruiked a near-normal Christmas when Australians would ‘be able to go to work, to be able to be with their family at Christmas, and to return to visit their friends, and to look forward to a positive 2022’.

Despite these aspirations, thousands of Australians were in isolation on Christmas Day. Thousands more queued for hours for PCR tests – on Christmas Day or in the days before or after. The queues were so long that the federal government spearheaded a move to switch to Rapid Antigen Tests (RATs) – but then refused to make them available for free. And of course, RATs were virtually nowhere to be found, so we spent the hours saved by not being in a PCR queue in a vain quest for that elusive pharmacy, petrol station, or wherever rumour had it that there was an available supply.

If we found a RAT, the price often was an order of magnitude above the wholesale price – and the government response was to tell these price gougers that they were naughty. No one has been charged for this exploitation.

But the Christmas-New Year debacle is but a portion of the curate’s egg that was Australia’s response to Covid.

It is important to remember the good bits. The then Commonwealth chief medical officer, Dr Brendan Murphy, persuaded the Prime Minister to close the international border very early in the pandemic. The states adopted public health measures that had not been used in living memory — shutting state borders, imposing lockdowns, and, once vaccines became available, mandating them if one wanted to eat out, study on campus, or go to work. The states’ Covid-zero actions meant that Australia ended up with one of the lowest Covid death rates in the world, and our public hospital system was protected and, until Omicron, coped, albeit with significant cancellation of elective procedures.

But not everything went perfectly. For most of the pandemic the federal government has been in the denial stage of the grief cycle. By contrast, the public is at the anger stage, and it is tempting to want to exact retribution on those responsible for the terrible situation in which we find ourselves. Who knew what when? Who made the decision to (not) do X? Who really made the procurement choices and designed the rollout strategy which were so wrong?

But what we have learnt from decades of experience about analysing what to do when things go wrong in healthcare should be applied to public health too. We should approach the task of learning from what went wrong during the pandemic with a system improvement lens, rather than an individual punitive focus.

Many of the problems we faced during the pandemic can be traced to system issues — and neither side of politics is pure here. In Victoria, for example, both sides of politics have been complicit in under-investing in public health capacity over many years. A similar problem seems to have developed in the Commonwealth too, with a reliance on consultants whose output appeared to be anodyne power points costing thousands of dollars per slide.

The mantra ‘public sector bad, private sector good’, and the obsession with public service staffing caps and low taxes, have contributed to a deskilling of public sector capacity. When the Commonwealth looked around for feet on the ground to help with implementation of its Covid response, it discovered they had all been retrenched or outsourced in the neo-liberal frenzies of the past few decades. And why was planning so strangely absent, leading to failures of basic logistics, and foreseeable problems not addressed?

The national decision-making process has been a complete mess, with the so-called ‘national cabinet’ deemed, following judicial review, not to be a cabinet at all. It is also not national, because every participant goes their own way after a meeting. The Commonwealth was reluctant to truly embrace a federal approach, excluding states until the very last minute from critical involvement in any aspect of the pandemic response. NSW Premier Dominic Perrottet’s call for a new ‘frontline federalism’ may come to be in the future, but it certainly has not been evident in the immediate past.

A benefit of federalism is that there can be experimentation and learning, and certainly the different states have pursued very different strategies. But some borders are very porous indeed — especially the NSW-Victoria one — and so NSW’s more laissez-faire approach, and hence wider spread of the virus, undermined Victoria’s tougher stance.

So how do we learn?

If we are to have a truly learning approach to the evaluation and lessons phase of the pandemic, then we should reject the calls for a royal commission. That would almost certainly degenerate into a lawyer-heavy witch-hunt. Lawyers may have some redeeming features, but their modus operandi is adversarial and fault oriented.

But we do need to reflect and learn. Perhaps we should task the learned academies to review what went wrong? Perhaps a specially convened panel of public health experts? Perhaps a bipartisan panel of former politicians?

A review won’t redress all the systemic problems which left some state public health systems in a parlous position, but it should provide some insights about how to maintain public service skills and capacity in good times and bad. A review could also make recommendations about new institutional arrangements which might bind the Federation together and enable the comparative advantages of the two spheres of government to be used to the best extent.

But whatever approach is taken, the public deserve a full, frank, and fair review of the pandemic to help us build a better public health system for the future.