If he’d governed as he ran in 2016, as an economic populist, he would likely have been reelected. Instead, he reverted to the same old Republican playbook.

Among the richest Americans—those earning more than $100,000—Trump substantially improved his margin of victory over 2016. But in blue-collar America, his support crumbled. Some of that shift may be because of Trump’s opponent, but much of it is because of Trump himself. Except perhaps on trade, he turned out not to be the economic populist he vowed to be in 2016.

For years now, commentators have wondered when the Republican Party would return to normal. By “normal,” they generally mean well-mannered, not openly racist, and not openly hostile to the rule of law. They mean the Republican Party as defined by people like Paul Ryan. But that Republican Party, for all its supposed decorum, has for decades pushed policies that threatened the wellbeing and economic survival of many Americans.

Four years ago, Trump won the presidency in part because he pledged to end that assault. Instead, he escalated it, even during the worst economic downturn since the Depression. Donald Trump didn’t lose reelection because he changed the Republican Party too much. He lost because he changed it too much. 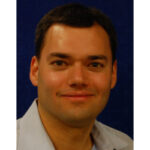 Peter Beinart is a contributing opinion writer at The New York Times, Editor-at-Large of Jewish Currents, and a professor at the Newmark School of Journalism at the City University of New York. (November 2020)