Government fails to value the humanities, ignoring the realities

The Government’s decision to more than double the cost  of most humanities degrees is ignorant, cowardly and even malicious. A government that feels a need to constrain critical thinking must give us great cause for concern.

When people who should know better do something egregiously silly, humanities graduates tend to apply their critical thinking skills to understanding why. Using the reasoning powers and the understanding of the human condition they have derived from their study of history, philosophy, literature or the social sciences, they often find they can attribute the folly to one or more of ignorance, cowardice or malice. In the case of the government’s decision to more than double the cost of most humanities degrees, it seems all three explanations are relevant.

Let us take ignorance first. The government claims to have consulted widely. How then is it not aware of the research findings of expert bodies, ranging from Oxford University and the World Economic Forum to our own Foundation for Young Australians, all of which show that humanities graduates are highly employable and tend to outperform other graduates in any given career?  Does it not know that many of the founders and leaders of the world’s largest companies in Silicon Valley such as LinkedIn and YouTube are humanities graduates? Even a few phone calls would have revealed that two thirds of the CEOs of the ASX 200 are as well. And they should surely know that two out of three federal parliamentarians are.

And who are the companies they claim to have consulted? Why is their definition of future skill requirements so different from that defined by all recent research, including that cited on the government’s own “Skills for the Future” webpage?  A recent report from Deloitte suggests that the skills that are in increasing demand are precisely those developed by the humanities: communication, teamwork, critical thinking, self-management and solving novel problems. Most of the degrees the government has chosen to privilege involve learning specific techniques with a narrow range of application, which are exactly the type of skills for which demand is projected to decline. All informed commentators agree that the nature of work is changing rapidly, thanks in particular to learning machines, and people will need to change roles and learn different skills many times in their careers.

A further example of ignorance is a complete failure to consider the side-effects of an inappropriate use of pricing signals. Do we really want all our teachers and nurses to be those who could not afford to do another degree? Do we want to establish a hereditary class system, where most of the people getting to the top in business or politics are those whose parents could help fund a humanities degree? If we want more people to apply to become teachers and nurses – and I’m sure we do – a more effective application of neo-liberal principles would be to increase the miserable amount we pay them, rather than try to convert places of learning into job factories.

Assuming some of these things were known to the decision-makers, the next explanation is cowardice. It is easy to pretend to be supporting the economy by funding courses with job-titles in them and much harder to explain to the public why the skills we need don’t actually come in courses with job titles – especially to a public many of whom have been denied a humanities education themselves by past policies and misrepresentations. This cowardice comes at the expense of our children. Even if the jobs they have been herded into in response to these price signals turn out to be ones they enjoy and are good at (an unlikely combination of circumstances given the basis of the decision-making), they will change jobs on average every three or four years, and whatever job they learn to do now is almost certain to have been radically disrupted by learning machines long before they reach mid-career, in some cases before they have completed their studies. They will have spent the best years of their lives for learning in acquiring techniques the world will no longer pay them for, and they will not have developed the flexibility and transferrable skills they need to succeed in today’s world, let alone tomorrow’s.

A charge of malice is more disturbing. An alert citizenry will recognise, however, that this decision is consistent with the government’s treatment of research grants, notably through the Arts Council, its defunding of the ABC and its lack of support for universities and the performing arts during the COVID-19 crisis. 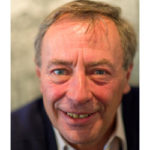