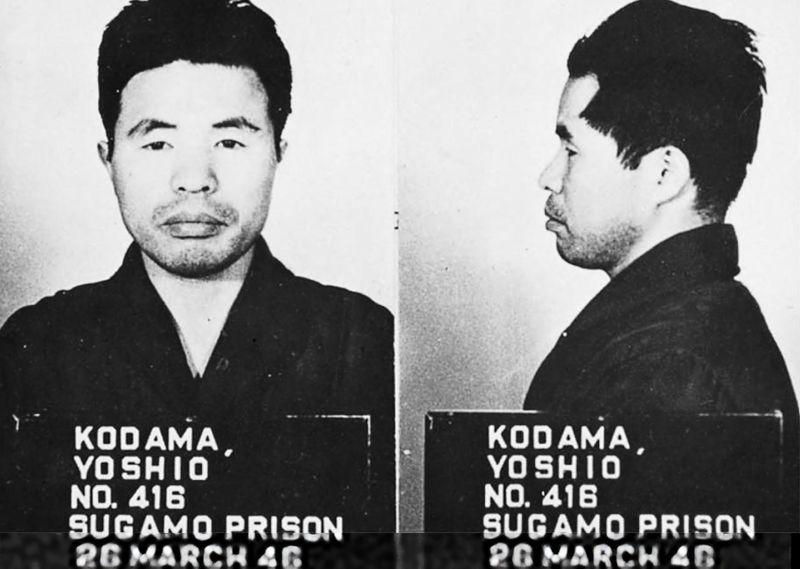 Abe resigned in 2020. In fact, he was evading prosecution for a corrupt real estate deal involving his wife, Akie, and other Rightists. In the Spring of 2018, a public servant, Masako Akagi, had killed himself. His widow got a redacted 500–page report into the scandal, details of which had been spelt out in the media. Abe escaped prosecution for what is an everyday offence in the ruling Liberal-Democratic Party. Were all corrupt politicians disbarred from office, you would have to hand the country over to the Japan Communist Party. That would never do.

Abe headed the now dominant faction in the LDP which dreams of reclaiming Manchuria, Korea and Formosa. Unable to repeat what the Meiji had achieved in East Asia between 1860 and 1945, Abe initiated the current round of counterclaims in the South China Seas when his administration bought the Senkaku rocks from their ‘owner.’ Tokyo claims they are part of the Ryukyus, which is a bit of a stretch given that the rocks are 410 kms to the south-south-west of the closest island in the Ryukyus chain. The rocks are claimed by Taipei as well as Beijing.

Moreover, the Meiji regime had grabbed the Ryukyus, and then the rocks as terra nullius, on its way to seize Formosa in 1894-5, where they wrought havoc until the Surrender in August 1945.

The terms of surrender restored the islands, rocks and Formosa to China – but the collapse of the crooks around Generalissimo Cash-My-Cheque impelled the U.S. corporate-warfare state to hold on to them, notably its base on Okinawa. Stalemate ensued until Tokyo trailed behind Washington in recognising the Red Bandits as the one true government of China. In 1971-72, both sides agreed not to dispute the other’s claims. And there the matter disappeared beneath the waves until the warmongering Abe faction troubled the waters, backed by the U.S. as part of its determination to write the rules for East Asia.

Known as ‘the Monster of Showa’ (Showa is the title of Hirohito’s reign), Kishi drove hundreds of thousands of Chinese into slave-labour, referring to them as ‘dogs.’

Back in Tokyo he served as Minister of Commerce in the Tojo government. He spent three years in Sugamo prison awaiting trial as a Class-A War Criminal.

Emerging through the ’black mist’ of money politics, Kishi owed his rehabilitation to the founder of a trading company, Shigeru Kinoshita. Instrumental in forging the anti-Left alliance of the Liberal-Democratic Party in 1955, by 1957, he had been chosen prime minister. It was as if the U.S. had saved ‘the Butcher of Poland,’ Hans Frank from the rope to succeed Konrad Adenauer as West German Chancellor.

Before the war, Yoshio Kodama had been a Foreign Affairs Information officer in the Netherlands East Indies. In the late 1930s, he was gaoled for involvement in an ultra-Right plot to massacre all the political elite. He ended the war as advisor to the prime minister.

Anticipating arrest as a war criminal, he handed his booty from Manchuria to conservative leaders. In Sugamo awaiting trial as a Class-A War criminal, he caught up with his ally from Manchuria, Kishi. Under the Cold War ‘Reverse course’ for de-militarising of Japanese life, the Occupation set Kodama free to organise union-busting gangsters. Kodama reclaimed his fortune, and got multi-million dollars bribes from U.S. corporations, to become the ‘Shadow Shogun’.

In 1960, Kodama and Kishi again joined forces, this time to organise a 38,000-strong force of ultra-Rightists to protect Eisenhower during a planned visit to sign a revised Japan-US treaty in July.

Desperate to get the Bill passed, Kishi sent 500 police into the Lower House to drag out the opposition members.

The pacificists were too strong. However, one of the Kishi-Kodama’s gang assassinated the secretary-general of the Socialist Party. The murderer spared the clique from embarrassment by killing himself in police custody.

On July 14, 1960, Kishi survived stab wounds from a fellow ultra-Rightist, believed to be a tool of one of the faction leaders hoping to take the prime ministership. That was how Kishi and Co. had played politics in the 1930s.

The cancellation of the Eisenhower visit, the largest demonstrations in Japanese history and the stench of corruption led all the LDP rival factions to unite to force Kishi to resign in disgrace.

Not that he lost influence behind the scenes, or faced prosecution for his post-war criminality. Among his legacies was the ultra-Right faction that pushed his grandson, Abe, into the LDP leadership and kept him there as the country’s longest-serving prime minister. Like Kishi, Abe looked forward to Japan’s possessing its own nuclear arsenal. He is survived by leaders who believe that having survived two nuclear attacks, the Japanese can ‘bear the unbearable’ of a limited nuclear exchange with China – a view promoted by the Council of Foreign Relations in Washington.

As comprador prime minister, Albanese’s first duty was to hightail it to the QUAD in Tokyo to kowtow to this crackpot realism.

Humphrey McQueen is the author of Japan to the Rescue, Australian Security around the Indonesian Archipelago during the American Century (1991) and Tokyo World An Australian Diary (1991). In 1988 and 1989, he was Associate Professor in the Department of Social and International Relations, University of Tokyo.