I weep for India, and those left behind 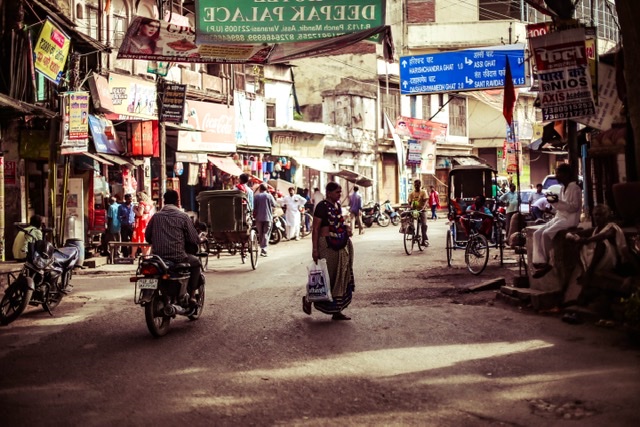 I will never again see India in the same light, once a place of excitement, vibrancy and opportunity. Its people are hurting at depths we will never understand. In my heart I may never forgive myself for what I’ve done.

The flight back to Sydney was a hard one to take. Don’t get me wrong, I am extremely grateful for what everyone has done to ensure our safe passage home. For me, this won’t take away the aching sadness.

I was born in India and was adopted, but had always gone back to India as a young girl and thoroughly enjoyed the people, food and culture.

Growing up, I was fortunate to play cricket, representing Australia against my country of birth.

On retiring, I found my annual trip to India for the IPL was something I yearned for. I began falling in love with the country, reconnecting with my roots. It was a place where I could see in my future, a place where I wanted to spend more and more time.

Yet when the COVID-19 numbers kept increasing right outside our hotel, where we felt safe, our government shut the borders until May 15. This only heightened the situation and our anxiety levels for and from our loved ones back home — followed closely, a few days later, by the imposing of a five-year jail sentence and/or a fine if anyone tried to sneak in.

I felt hurt and let down by our government. It is not to say that I didn’t and don’t understand the gravity of the situation and what they were trying to do to keep Australia safe, but your own government saying you aren’t welcome home is an emotion that is hard to explain.

The one distraction that we all had was that the continuation of the IPL. Everyone was hopeful that by the end of the tournament, scheduled to finish at the end of May, the situation would be better; not only in India but also with our government’s stance.

Two days later, after the first game of the IPL was postponed due to a few cases occurring in the bio bubble, the tournament was suspended indefinitely. The panic began. WhatsApp messages were flying around. What became evident was that the case numbers were skyrocketing in India, and where I was based, in Bengaluru, they were recording more than 20,000 cases a day.

Everyone was working around the clock to get us out of there. BCCI, CA, the ACA were working with the relevant stakeholders and it became evident that we had to go and go quickly. Within 48 hours, the tournament was cancelled and BCCI had sourced a charter flight for us to get out on.

No doubt the players, coaches, officials and commentators were relieved, but I was going through my very own turmoil. A number of colleagues who had tested positive were still struggling with the virus. One had been on a work assignment in Guwahati and was now isolating in a hotel room by herself away from family and friends.

Also, I experienced my first real connection to someone who had passed away from COVID. A family I had stayed with on and off over the past three months in­ ­between work commitments had tested positive, except my friend, and their mother had passed away. I could see the panic on Twitter where everyone and anyone was asking for help in trying to find a bed, oxygen, certain type of injections, and plasma. Unfortunately, I witnessed the countless panicked calls to locate all of them.

The cricket community was amazing. Current players, past players and commentators in India were using their reach on social media to get out the urgent cries for help to ­locate what they were after. I don’t know how many lives have been saved because of this act.

Certainty set in that we were flying out soon. I started to panic, confused and unsure of the best path to take. I was here in India, I could help people I really cared about, but I was being told by everyone to get out. In the back of my mind I knew that there were thousands of Australians stranded in India since March 2020. Do I take a risk and stay? Help out and hope that things get better in time?

In tragic circumstances the night before I left, the same family lost their eldest sister, who was only one year older than me. She was healthy, a non-smoker and didn’t drink alcohol. A kind, beautiful person who had been so incredibly sweet to me. How could this happen? How could this happen to the kindest family who were already grieving the loss of their mother?

From 10.30pm that night until 8.15am the next morning I couldn’t sleep. Not a second. I felt nauseous, panicked, frightened, scared, saddened for what that family was going through.

Having lost my mother 19 years ago, in different circumstances, I could understand the grief to a certain extent, but not losing two members within 10 days. It was unfathomable. As a bystander all you want to do is help, to lend a hand when someone has hit rock bottom. Your attention is on making it the tiniest bit easier for them.

I was grieving the loss of two beautiful souls. I wanted to stay. For me there was something else playing out as well. I felt cornered. Rushed. The uncertainty of not knowing when I would be allowed back into the country scared me.

Against my moral code and every fibre of my body, I turned my back and dragged my suitcases down to lobby. The smiles, nervous laughter and relief shown on the others in the Aussie contingent as we landed in the Maldives were clear and understandable; they were out of the country. My emotions were the complete opposite — guilt, embarrassment, grief, and a broken heart for leaving.

I would later find out that my survival instinct kicked in, my rational mind was fully suppressed and when survival instincts take over, you follow the flock. The flock was heading out on that charter flight. A day and a half later, once the shock had worn off, I was hit with the reality of what I had done. I left a country I love. A family I cared deeply for.

I tried to see what I could do to get back, going against my friends, family and colleagues. But the ­moment had passed. My best case would have been to stay at the time and not fly out. I now had to sit with the shame, swallowing that bitter pill.

In the Maldives I stared out at the ocean questioning everything that I had done leading me to be in this position. Every morning I went through the guilt of what I had done. What type of person am I to leave a country that I love that is weeping right now?

I have been told that it will take time. I am sad. I will be sad for a long time. India and the people I care about will constantly be in my thoughts. I know I will be back when I can to my beloved India, and in the meantime I will do everything I can to help from here.

As time goes by, all these other thoughts keep popping into my head — of ways I may have been able to stay longer and help, but still find a way out.

I didn’t have the composure at the time to make an informed decision. So now I sit here knowing I can only help from afar and feeling as though I have let people down.

To donate to the Unicef Australia’s India COVID-19 emergency appeal, go to www.unicef.org.au/appeals/india-covid-19-crisis. 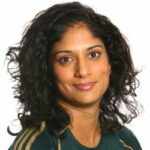 Lisa Sthalekar is a cricket commentator and former captain of the Australian women’s team.