Why did so many countries watch the epidemic unfold for weeks as though it was none of their concern?

When I got off my flight from Beijing to London nearly two weeks ago, I knew what I had to do: go straight into self-quarantine. 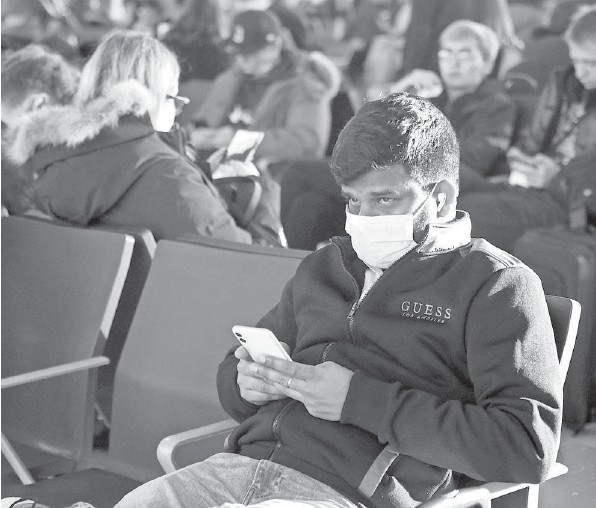 I live in China, where a dramatic lockdown since late January has made it clear that all residents, even those well beyond the epicenter’s outbreak in Wuhan, were in the middle of a global health crisis. The boarding process in Beijing was the final reminder: two mandatory temperature checks and an electronic health statement for which I had to provide an email address and two contact phone numbers.

But as the plane approached London, a sense of unreality set in. The airline distributed a cheaply printed sheet that only advised us to call the usual National Health Service hotline if we felt ill. On arrival, there was no temperature check and no health statement — meaning that British officials would have had no easy way to track us if one of us came down with Covid-19. Instead, we just walked off the plane, took off our face masks and disappeared into the city.

In the days since then, Europe and the United States have been convulsed by the coronavirus’s rapid spread in those regions. Italy is now under lockdown, and cases are rapidly multiplying across the United States. The stock markets have tanked. On Wednesday, the World Health Organization formally announced what everyone already knew: This is a pandemic. Perhaps by the time you read this, airport health checks and declarations finally will be mandatory in places like London.

But that won’t change the fact that for weeks now, the attitude toward the coronavirus outbreak in the United States and much of Europe has been bizarrely reactive, if not outright passive — or that the governments in those regions have let pass their best chance to contain the virus’s spread. Having seen a kind of initial denial play out already in China, I feel a sense of déjà vu. But while China had to contend with a nasty, sudden surprise, governments in the West have been on notice for weeks.

It’s as if China’s experience hadn’t given Western countries a warning of the perils of inaction. Instead, many governments seem to have imitated some of the worst measures China put in place, while often turning a blind eye to the best of them, or its successes.

Outsiders seem to want to view China’s experiences as uniquely its own. I imagine there are many reasons for this, including the comforting idea that China is far away and an epidemic over there surely couldn’t really spread so far and so fast over here. More than anything, though, I think that outsiders, especially in the West, fixate on China’s authoritarian political system, and that makes them discount the possible value and relevance of its decisions to them.

Until recently, one dominant story line was that the epidemic in China spiraled out of control because the authorities cracked down on early whistle-blowers in late December, allowing the virus to spread. When China put in place a draconian lockdown and quarantine measures in January, some mainstream foreign reports didn’t just criticize the program as excessive; they described the entire exercise as flat-out backward or essentially pointless. China did get props for building two hospitals in just over a week, but even the awe over that feat was tinged with a sense that something nefarious was at work — in a Hitler-built-the-autobahn kind of way. And when quarantine shelters were set up to host infected people so that they wouldn’t spread the disease to family members at home, the effort was portrayed as dystopian or, at best, chaotic.

Arguing against these interpretations makes me a bit queasy. I realize that Chinese officials covered up the problem in late December and early January — a disastrous series of decisions. And I know that now China’s leaders want to sell their heavy-handed methods as exemplary. President Xi Jinping made his first visit to Wuhan on Tuesday, an implicit marker of success.

Even as the virus was killing dozens of people a day there, government propaganda was touting the China model while ridiculing efforts by the United States to combat natural disasters. Now that other parts of the world are suffering, China is making well-publicized efforts to offer help, sending teams to Iran and Italy to deliver supplies and offer advice. And it has imposed travel bans from some destinations hit by infections — a measure the government decried as excessive when China suffered it.

Yet it would be foolish to believe that China’s decisions have been mainly based on crude authoritarianism. One needn’t defend every one of its measures on medical grounds; those are matters that health care professionals might debate for years to come. But it’s worth acknowledging that not all of China’s failings are unique to its political system, and that some of its policies were motivated by serious concern for the public good and executed by a highly competent civil service.

For example, before condemning the decision of Chinese officials in early January to dismiss the threat of a looming epidemic, remember that at that time the coronavirus was not reported to have caused any deaths. Contrast this with, say, the United States today: Despite having had a free flow of information for weeks and witnessed thousands of deaths in China as evidence, parts of America’s political establishment — including at the White House — have pushed a disinformation campaign to downplay the risk.

And if you think it’s too easy to criticize President Trump, remember my airport experience in London. Or consider Germany’s decision earlier this week to hold a mass sporting event in the middle of its outbreak zone. Or Japan’s decision to let people walk off an infected cruise ship without proper testing. Some of these countries are now backpedaling, trying to explain away their blasé attitudes, but that’s weeks late.

China’s leaders did fumble at the very start, yet in short order they acted far more decisively than many democratically elected leaders have to date. Authoritarian

or not, they also want the public’s approval. Chinese leaders may not face voters, but they, too, care about legitimacy, and that hinges on performance for them as well.

Aspects of China’s quarantine — especially when they prevented the elderly and disabled from receiving medical care — were unnecessarily crude. But overall, I don’t think the measures were unpopular. The government worked hard to get people to buy into the necessity of tough measures. It bombarded the public with social media posts, stories, billboards, radio shows and articles about the risks posed by the virus. In one park in Beijing, a recording on a loop admonished people to: “Wash your hands thoroughly. Avoid meeting up friends. Keep a safe distance.”

In my experience living in China for weeks during the peak period of the lockdown and talking to various groups beyond the disgruntled elites, people were frustrated, even exasperated, by the containment measures — but they largely supported them, too.

And while some in the West fixated on how China’s system failed to stem the outbreak at first, they were ignoring the aspects of it that worked. There’s nothing authoritarian about checking temperatures at airports, enforcing social distancing or offering free medical care to anyone with Covid-19.

Not all open societies have fumbled. Singapore, Taiwan and perhaps soon enough South Korea, have moved forcefully but sensibly to contain the virus, showing the sort of savvy that seems to be missing in large swaths of the West. Maybe it’s because these countries are close enough to the center of the outbreak that their governments could recognize its seriousness, while also being wary of China’s sledgehammer measures.

But too many countries further afield have stood by, watching for weeks what was unfolding in China, and then elsewhere in Asia, as though it was none of their concern. Some governments have dithered for lack of political will. Some seem to fall prey, still, to a perception of China as the eternal “other,” whose experience couldn’t possibly be relevant to us, much less provide any lessons — other than in what not to do.

Ian Johnson is the author most recently of ‘the Souls of China: The return of religion after Mao’