A little over a decade ago, then-West Australian premier Alan Carpenter had his back against the wall with threats from the gas and oil companies.. But he insisted on a gas reservation policy for WA.  Exxon quickly came to heel.

Global oil and gas giants determined the new wave of Liquified Natural Gas investment would not be subject to WA’s longstanding gas reservation policy, and were threatening to back away from Australia, to put their money elsewhere.

Federal pollies with a view no further than the next election were mustering behind the oil giants, seduced by the short-term sugar hit the construction would deliver.

Local industry and power companies, meanwhile, were sounding nervous warnings about the potential impact on domestic gas supplies and prices.

The showdown came in mid-2006 in Perth. United States-based multinational Exxon had a team of executives in Australia running the numbers over the viability of the giant Gorgon gas project off the north-west coast.

According to some present at the meeting, the Exxon team delivered an ultimatum. Unless “every molecule of gas” was available for export, they would walk away from the Gorgon project, in which they held a one-third share.

Carpenter stood his ground. He thanked them for their efforts and said, if that was the case then, regrettably, the project was dead and they had nothing further to discuss.

Within 24 hours, the Exxon executives, in a slightly more accommodative tone, requested another meeting in which they helpfully declared that, having re-crunched the numbers, they were confident they could meet both domestic and export requirements.

No electricity fix without gas

When it comes to energy policy, there’s no doubt the Prime Minister was handed the faecal focaccia. More than a decade of political infighting over how to achieve promised emissions reduction obligations has left electricity generation investment in a shambles.

Couple that with a soaring gas price that, on the east and southern coasts, has enraged industrial and domestic consumers.

A fortnight ago, Malcolm Turnbull pulled off the seemingly impossible — a deal within his party room to potentially break the impasse over electricity generation. But in all the excitement, attention has slipped from the crucial question of gas.

When it comes to electricity, the gladiatorial conflicts have been fought out by proponents of, on the side, renewable energy and, on the other, those who insist on clinging to the past with coal-fired generation.

Gas, however, is fundamental to solving the electricity crisis and without a long-term resolution to Australia’s gas debacle, it will be almost impossible to provide any relief — in the medium term at least — for electricity.

That is because gas is the logical transition fuel as we wean ourselves off coal. It is the fuel that will provide supply certainty while battery storage for renewables is refined.

At least, that was the plan. Unfortunately, the domestic gas shortage on Australia’s east coast, that has seen gas prices quadruple in a decade, has thrown that into question.

A month ago, it appeared Mr Turnbull had solved the thorny issue of gas supply as well. But it may be that his deal has simply pushed the problem a little further into the future. 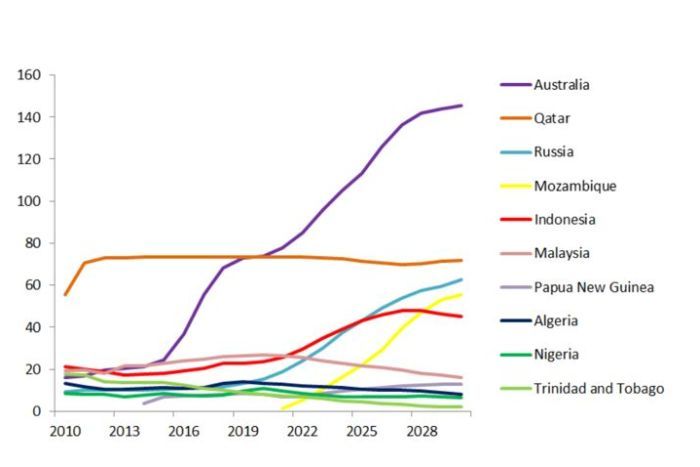 Why we could end up importing gas

Within the next few years, Australia will overtake Qatar as the world’s biggest gas exporter, as exports ramp up on both the east and west coast.

West Australia alone will be the world’s third-biggest exporter.

Despite this, the Australian east coast is facing a gas shortage and many analysts now see the only way out, ludicrous as it may seem, as importing gas.

A month ago, Mr Turnbull appeared to pull off a coup on gas.

The big producers, Santos, Origin and Shell, agreed they would be able to fill domestic needs without the Government pulling the trigger on strict export limits by diverting export gas from Queensland into the local market.

But a few experts now are questioning exactly how that can ever be viable, at least on any kind of permanent basis.

Credit Suisse analysts reckon that, without imports, there are only two options in the medium to long term. Either the major exporters will have to break their legal contracts to offshore buyers or domestic consumers will wear the pain. 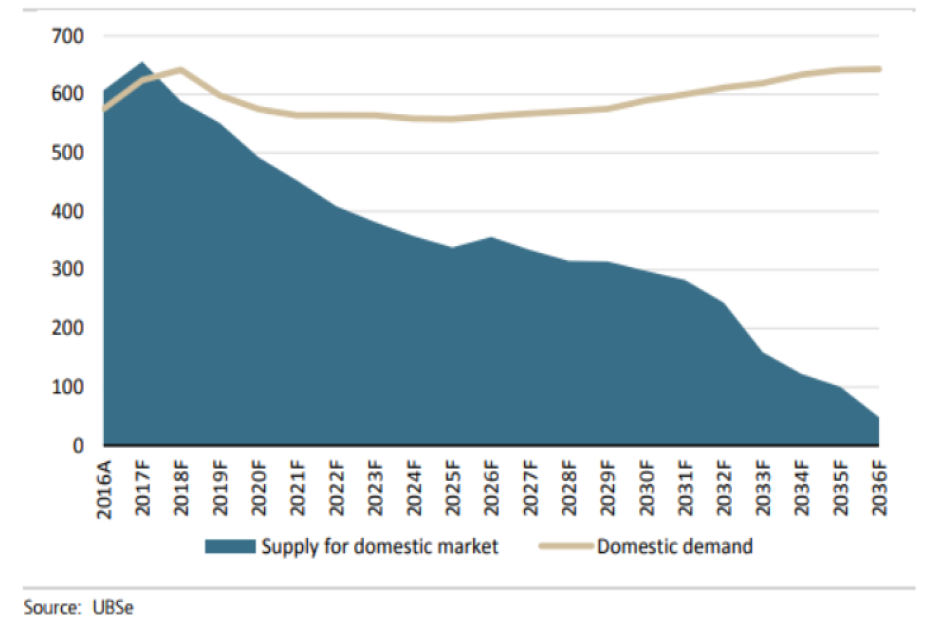 UBS analysts reach pretty much the same conclusion. Gas supplies out of Bass Strait are on the decline and new supplies are years away.

That means relying on Queensland LNG exports being diverted into the domestic market.

But if the idea is to lower prices, that is unlikely to provide the solution. Queensland LNG is far more expensive to produce.

In fact, the three massive Queensland plants on Curtis Island are all out of the money when it comes to production. Their break-even costs are way above global prices. They are bleeding cash.

Like their counterparts at Credit Suisse, the UBS boffins believe sourcing gas from offshore will be the only way out, although that won’t be cheap either.

It seems east coast gas consumers forever are stuck with high prices and electricity generators — who use gas as the marginal source at times of peak demand — will pass on those higher generation costs.

The Queensland LNG fiasco is a perfect example of policy failure and commercial ineptitude. Why build three separate plants next door to each other?

In the case of Santos, why contract to sell gas volumes to which you don’t have access?

And from a state and federal government perspective, why was there no thought given to domestic users, particularly since WA had just been through that very debate?

What the eastern states should have learned from WA

Amid all the fanfare of the great gas solution a month back, the Federal Government poured scorn on NSW and Victoria for restricting development of new gas supplies.

State governments, however, merely have reacted to concerns from constituents.

The great push from corporate goliaths to develop coal seam methane gas through Queensland and NSW has created a backlash from farmers, regional communities and environmentalists, something state governments could not ignore.

Had there been a rational debate around reserving some of the bounty for domestic industry and consumers, the gas giants could have avoided the ugly predicament in which they now find themselves with the spectre of Federal Government intervention hanging over their heads.

The argument against reserving gas is that it is an incursion on the free market and that it restricts future development. You can guarantee the energy giants will fight hammer and tong against any attempt to impose one on the east coast.

The west, however, has thrived with a gas reservation policy. There’s more than enough for export, and domestic users are paying far less than their east coast cousins.

“It’s well past the time for those of us on the east coast to eat humble pie about West Australian government policy,” it said.

“So far, most of the criticisms about the west’s gas reservation policy have failed to materialise.

“Has it impeded LNG investment? No. Has it killed further gas development? No.

“More pointedly, has the absence of a domestic gas policy and high prices stimulated an east coast domestic gas exploration and investment boom? Unfortunately, not.”

Deregulation largely has been a wondrous thing, freeing up capital, industry and individuals to pursue new ventures.

Sometimes, however, regulation is needed to save us from ourselves. Think about that the next time you check that outrageous gas bill stuck to the fridge.

Ian Verrender is the business editor of the ABC

This article appeared on ABC News on 23 October 2017