ICAC wants real regulation of lobbying with its unfairness and the inherent risks of corruption. 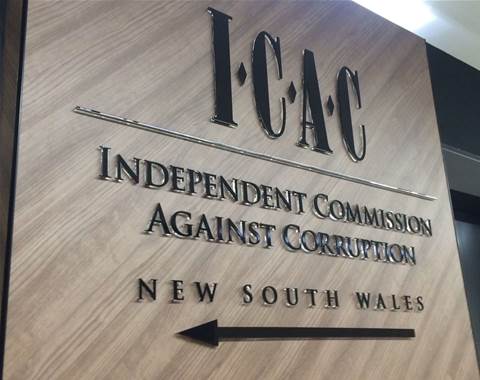 ICAC tried 11 years ago to persuade the NSW Government to introduce a basic system to regulate lobbyists in the state, but only the bare bones of its proposals (essentially, just 5 out of 17 recommendations) were put into effect. It has now revisited the problem and determined a far more comprehensive scheme that would allow an independent official to monitor not only lobbyists but the ministers and government officials that they try to influence.

The regulatory systems of NSW and most of the other States and the Commonwealth are essentially based on a hands-off approach that relies on those involved in lobbying voluntarily doing the right thing, with virtually no external oversight and little opportunity (if any) for public accountability. They focus on a very small proportion of the lobbying that actually happens in government.

The various codes of conduct assure us that lobbying is an important contributor to the democratic process, and appear to assume that everyone involved is some kind of benefactor and that it operates in a benign way. ICAC knows better, having investigated and exposed some lobbying that was intentionally corrupt.

As its latest report (released this week) states, “Lobbying, although widely accepted as an integral and legitimate activity for the functioning of a democratic system, carries inherent risks of corruption, undue influence, unfair access and biased decision-making that are detrimental to the public interest and effective public policies.”

The main recommendations of the report are; The creation of a dedicated lobbying commissioner to regulate the lobbying legislation with resources and powers to:

The current Lobbying Code of Conduct (which is generalised and has no operative effect) would be replaced by a legislated code of conduct that would apply to public officials as well as to everyone who lobbies them.

Crucially, the code would impose standards and obligations on public officials as to how lobbying proposals are received, considered and determined. These would include the obligations:

What ICAC is proposing here is a code that puts in express terms obligations that (in theory) already exist under what is referred to as the ‘trust principle’ – that public office is a public trust, and that powers exercised by public officials must be exercised by them in the public interest – a power recognised by the High Court under the common law as well as in some statutes, as applying to government officials. Ministerial codes of conduct (such as the Commonwealth’s) specifically require ministers to abide by its requirements. Unfortunately, those ministerial codes are not enforceable by anyone other than the Prime Minister or relevant Premier.

This code would be enforceable by the lobbying commissioner.

ICAC also wants to impose other obligations on officials (including ministers and ministerial staff who are lobbied) including banning meetings with lobbyists that are secret or not documented and giving preferential treatment to a lobbyist, giving lobbyists information that would provide them with an unfair advantage over other lobbyists or interested parties. Essentially, ICAC is proposing to make public officials (both elected and appointed) at least equally (with lobbyists) responsible and culpable for the integrity of the lobbying system.

This is a huge step. But it is difficult to fault the logic. It would certainly give the proposed lobbying regulator a real chance of ensuring the lobbying system actually conforms to the ideals expressed in the code.

Another major improvement on the current system is its extension to cover most of the lobbying that actually takes place.

Currently, the system focuses on what are called third-party professional lobbyists. These are the firms (and some individuals) that hire themselves out to corporations and others. On my calculations (based on what happens in Canada where all lobbyists have to register under national legislation) third party lobbyists constitute about one-fifth of those who actually lobby government. The ICAC report suggests they be even less significant in the lobbying business.

ICAC’s main answer to this is the proposal listed above, putting the onus on public officials to act in accordance with the obligations proposed under the new code of conduct. But it does also recommend that all professional lobbyists, including in-house lobbyists, be required to register. That would significantly increase those caught by the requirements of the code. The regulatory reach would be further extended by including local government.

To help make lobbying more accountable, ICAC proposes that lobbyists should regularly publish, electronically, details of all lobbying contacts they have with government officials, including names of officials and information about what they are lobbying for. This should be able to be matched in part by what ministers put in their diaries, and those diaries should be published monthly rather than quarterly as at present. The whole publishing scheme should be supervised – and enforced – by the lobbying regulator.

Another lobbying problem covered by the ICAC report is the so-called revolving door issue, where ministers, staff and senior officials move from government into lobbying. Here ICAC has taken a very modest step, recommending only that there should be a 12-month break before any lobbying can be undertaken by former ministers, senior staff or senior officials – overseas a five-year break is sometimes required. However, it does propose that former officials involved in lobbying should be listed for four years on the lobbying register and identified in a ‘former public official’ list.

To give effect to these and other recommendations ICAC proposes that the government should establish a ‘lobbying reform panel’ to be given 12 months to prepare the necessary legislation. In the meantime, ICAC wants the government to disclose which of its recommendations will be implemented, and if so, its proposed plan of action and progress reports, so that ICAC in turn can publish its response.

Very cheeky, but given the way ICAC’s previous, far less adventurous proposals to regulate lobbyists were treated by the government, it is quite understandable.

Author disclosure: I made several submissions to this ICAC inquiry and appeared before it to give evidence. When I was Queensland Integrity Commissioner I was responsible for administering the regulation of lobbyists in that State.