The Jewish community’s awareness of the threat of racism and antisemitism is longstanding. That awareness extends across political boundaries and is part of a general desire to live in a cohesive society, tolerant of diversity.

Countering antisemitism requires in the first instance being able to identify and recognise it.

In 2005 the European Monitoring Centre on Racism and Xenophobia (EUMC) published a draft definition of antisemitism to assist in classifying and tracking incidents of anti-Semitism in EU countries. It was never formally adopted but was then picked up in 2016 by the International Holocaust Remembrance Alliance (IHRA) and adopted as a Working Definition of Antisemitism together with accompanying ‘contemporary examples’.

The definition is short. “Antisemitism is a certain perception of Jews, which may be expressed as hatred toward Jews. Rhetorical and physical manifestations of antisemitism are directed toward Jewish or non-Jewish individuals and/or their property, toward Jewish community institutions and religious facilities.”

The working definition is accompanied by examples that include, “Making mendacious, dehumanizing, demonizing, or stereotypical allegations about Jews as such or the power of Jews as collective – such as, especially but not exclusively, the myth about a world Jewish conspiracy or of Jews controlling the media, economy, government or other societal institutions.”

This extract from an interview several years ago illustrates antisemitism:

“Zionists are dominant in the upper echelons of finance. Look at the ethnic background of almost all the major figures connected to the 2008 sub-prime crisis. Zionist power in the media, including the new media channels, is obvious. The top stratum of leading universities also reflects Zionist presence and influence. Hollywood and the entertainment industry as a whole is another example of subtle Zionist influence.”

There are those who argue that referring to Zionists rather than Jews prevents the content of the interview being antisemitic. But if Zionists are simply people who support or advocate for the state of Israel, how does their “ethnic background” help identify them? And what about Zionist influence in the media, universities and entertainment? Most Jews would understand the word Zionist in these contexts to be references to a Jewish conspiracy – and to be unambiguously antisemitic.

If the working definition helped to clarify the comments in the interview as antisemitic, the next example muddies the water.

On 12 January 2021 a longstanding Israeli human rights organisation, B’Tselem, issued a discussion paper titled, A regime of Jewish supremacy from the Jordan River to the Mediterranean Sea: This is apartheid. The paper argues that the evolution of Israeli government policies over a long period should be called out as a form of Apartheid. The opinion is controversial and contested.

The Australia/Israel & Jewish Affairs Council (AIJAC), a private think tank, published an article on 28 January strongly arguing against both the substance of B’Tselem’s article and the very use of the word apartheid. The article ends with the following opinion:

The fact that B’Tselem is an Israeli organisation does not protect it from a charge of antisemitism. As Eugene Kontorovich (Professor of International Law) explains:

Invoking the heinous crime of Apartheid to criticize Israeli policy is a classic anti-Semitic rhetoric: it accuses Jews, uniquely among the peoples of the world, of one of the most heinous crimes, while also judging the Jewish state by a metric not applied to any other country.

One of the IHRA definition examples of antisemitism relating to Israel includes “Applying double standards by requiring of it a behavior not expected or demanded of any other democratic nation.”

The interview quoted earlier contained words that clearly crossed the line from political comment into antisemitism. The B’Tselem article is critical of Israeli government policy but does not label all Jews as being responsible. Nevertheless, the AIJAC article concludes by using the IHRA working definition as the basis for its accusation of antisemitism against B’Tselem.

But in a more global sense, can an Israeli organisation criticising its own government be said to have crossed a line into antisemitism? In an Australian context, there have been articles about appalling government policies that have subjugated, disenfranchised and robbed First Nations Peoples. Some of those articles provoke controversy, but they are part of our public debate.

Normally, when fighting antisemitism, identification is the starting point for a process to counter it. But in the case of AIJAC’s accusation, the primary purpose is to set the boundaries on political discussion about Israel. AIJAC and other Jewish groups are currently pressing Governments, media groups, universities and other bodies to formally adopt the IHRA working definition of antisemitism.

The concern is that AIJAC’s use of the IHRA working definition to accuse B’Tselem of antisemitism conscripts a tool which is supposed to aid the fight against antisemitism, into a weapon for use in the political debates relating to Israel and Palestine. The danger is that labeling controversial political discourse as antisemitic allows the very real antisemitism of the first example to become a contested space.

The IHRA working definition of antisemitism as well as other definitions such as the Jerusalem Declaration have their strengths and weaknesses but are useful tools for countering antisemitism. They are available now and don’t need to be formally adopted. The focus, energy and resources of those pressuring governments and other bodies to formally adopt the IHRA definition, would be better directed to actually fighting antisemitism and racism. 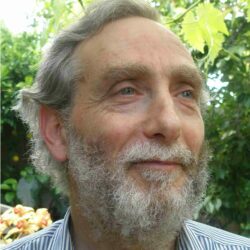 Harold Zwier works as a software engineer, and is a committee member of the Australian Jewish Democratic Society (AJDS).
Harold is currently a Board member of the Jewish Christian and
Muslim Association of Australia and on the leadership group of
Befriend a Child in Detention. He is married with two sons.