Weakening responsible lending laws is a bad look for the federal government. It has the hallmarks of political opportunism, with Morrison and Frydenberg using the Covid crisis to be a friend of business at the expense of consumers.

Commissioner Kenneth Hayne delivered 76 recommendations to reform the industry in February 2019. Almost two years on, the government has yet to implement 44 of those and turned its back on five key reforms – including curbing irresponsible lending practices.

The Covid crisis can explain some part of its tardiness. It cannot explain the decision to weaken protections for the financial health and welfare of Australian consumers.

The axing of responsible lending obligations (RLOs) under the National Consumer Credit Protection Act 2009 is particularly egregious. The government has also rejected Hayne’s recommendations on commission payments for mortgage brokers.

Instead, it appears to be banking on market forces and voluntary codes of conduct to protect financially unsophisticated borrowers. This is the triumph of ideology and vested interests over logic and evidence.

The case for removing responsible lending obligations rests on a number of unsupported assertions.

First, Treasurer Josh Frydenberg has argued lending needs be made easier to “kickstart” economic growth in these troubled times. The responsible lending obligations, he has said, increase the cost and time involved in making lending decisions.

But it is difficult to discern evidence in public statistics that responsible lending obligations have adversely affected loan growth or the cost of household-sector borrowing.

It is true lending for investment properties has plummeted, but that reflects changes in banks’ risk assessment and pricing of such loans. Owner-occupied lending has remained relatively strong and appears poised for further growth, likely raising existing house prices as much as stimulating new construction.

Personal lending has been declining for some years. But alternative ways to access personal credit, such as mortgage offset and redraw accounts, have grown.

New forms of “personal credit” such as Buy Now Pay Later and payday lending also appear to be growing strongly. These have generally skirted responsible lending requirements and arguably call for strengthening, not winding back, consumer protection laws.

The second invalid assertion is that oversight of bank lending by the Australian Prudential Regulation Authority can substitute for explicit responsible lending laws enforced by the Australian Securities and Investments Commission.

This misconstrues APRA’s mandate and expertise, which is focused on institutional safety, not on consumer protection. APRA should be interested in the specifics of a very large loan that may affect the lender’s financial strength. It cannot be expected to examine thousands of smaller loans.

The third assertion is that responsible lending regulations have made lenders “increasingly risk averse and overly conservative”, out of fear of incurring onerous penalties.

That might have had some relevance in the past. But not so much since ASIC’s failed “Wagyu and Shiraz” case against Westpac in the Federal Court in 2020. The regulator accused the bank of breaching its responsible lending obligations by approving home loans using an automated estimate of applicants’ annual living expenses (known as the Household Expenditure Measure) rather than examining actual expenditure.

The Federal Court rejected ASIC’s argument – with the case acquiring its name due to the colourful analogy Justice Nye Perram used in his judgment:

I may eat Wagyu beef everyday washed down with the finest Shiraz but, if I really want my new home, I can make do on much more modest fare.

ASIC issued revised lending regulations in December 2019. It would have been more seemly for the government to have allowed more time to see how these changed regulations were working before abolishing them.

Loan processing costs should be falling

A fourth assertion is the excessive cost of gathering and processing borrower information. But the development of “open banking” is enabling fintechs to harvest data of consenting borrowers and provide information at lower cost than ever before.

Relying on codes of conduct is an act of faith

Finally, it is claimed that reforming industry codes of conduct, incorporating responsible lending objectives and making them legally enforceable, removes the need for separate lending laws.

But past experience with “self-regulation” does not promote confidence this approach will work.

A case might be made that the consumer protection regulatory regime has become unduly complex over time and warrants a full-scale review with simplification an objective.

But simplification is not the same as abandonment. There was a reason the government found itself under so much pressure to call the royal commission; and a reason Commissioner Hayne made those 76 recommendations.

This is a bad look for the federal government. It has the hallmarks of political opportunism, using the COVID crisis to be a friend of business at the expense of consumers.

This article was republished from The Conversation. Read the original here. 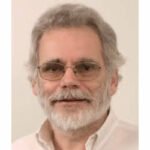