If true-blue Pentecostalists were in charge what would they do about climate change?

If true-blue Pentecostals were in charge, they would take no action to mitigate climate change. Not only that, they would also actively intervene to stop those who try.We know how Scientologists never tell you about Earth’s ancient intergalactic visitor, Xenu? That is, until you’ve paid an intergalactic sum of money in training fees. For what, you might ask. To become the kind of person who’ll swallow the story, of course.

The story: Seventy million years ago, Xenu, dictator of an overcrowded galactic confederacy, transported billions of his people to earth and hydrogen-bombed them. Blown out of their bodies, the immortal souls (thetans) found and adhered to humans. Still today, they cause us untold suffering. Untold, because the story is kept secret until you pay your money. Throw in a CEO-size bonus and a Scientologist will relieve you of your thetans.

Rather than those snaky, money-grabbing Scientologists, imagine if Australia had true-blue Pentecostal leaders. No murderous Xenu’s, no thetans causing untold suffering. No money grabbing. Perhaps. While vexed links between Pentecostalism and money, secrecy, political organisations, child abuse and so forth have been examined over decades, this brief piece merely aims to sharpen the focus on Pentecostal attitudes to climate change.

Australia’s most famous Pentecostal is, of course, Scott Morrison. Whether Morrison is true blue in his Pentecostal beliefs – as distinct from, say, Trump the charlatan – I do not know. My question here stands, regardless: If Australia were led by true-blue Pentecostalists, what would they do about the climate crisis? What logical steps would follow from their Pentecostal premises? What action would they take – and just as saliently – not take?

In his maiden speech to parliament in 2008, Scott Morrison named Pentecostal co-founder of Sydney’s Hillsong church, Brian Houston, as his mentor. As an aside, Houston has recently been charged with failing to report his Pentecostal father’s sexual abuse of young boys in the 1970s, but that is another story.

While there’s no neat Pentecostal belief formula, there are certain fundamentals, says religious studies expert Philip Almond: miracles happen; God controls everything; belief in God brings material wealth; only born-again Christians can be saved; what matters is concern for one’s personal relationship with God, not for the external world.

How does Pentecostalism know this? The Bible says so. For Hillsong, ‘the Bible is God’s Word. It is accurate, authoritative and applicable to our everyday lives’. In the New Testament, Jesus warns his disciples about the end times: ‘Watch out that you are not deceived. For many will come in my name, claiming, “I am he,” and, “The time is near.” Do not follow them. When you hear of wars and uprisings, do not be frightened. These things must happen first, but the end will not come right away…. There will be great earthquakes, famines and pestilences in various places, and fearful events and great signs from heaven’.

The Old Testament also tells the story of the end times: One day, a ‘place in the far north’ (obviously Russia) along with ‘many nations’ (obviously including Iran) attacks an (obviously) ‘peaceful and unsuspecting’ Israel. The long-awaited cosmic battle ensues. God leaps to Israel’s defence and true-blue Christians ascend to heaven (the rapture). Nonbelievers suffer a horrific seven-year period under Satan’s totalitarian regime, the ‘New World Order’. Finally, Jesus and his raptured church return, subdue the Devil and usher in a thousand-year golden age, after which Satan is beaten for good and believers live in glory in a newly created heaven and earth.

Pentecostalism and the climate crisis

Given the above story, how would Pentecostalism view the current climate crisis? Sceptically, for a start. Pentecostals are much more sceptical than mainstream Protestants are about its anthropogenic nature. The more religious the believers are, the more sceptical. Pentecostal principles would suggest that climate change is God’s will. Furthermore, it is likely to be among God’s signs that the cosmic battle is at hand.

Pentecostal logic proceeds flawlessly – albeit from dodgy premises: Because climate change is God’s will, we must not meddle with it. If we do, we are defying Him. To defy God is existential folly; we will go to Hell instead of Heaven, which is reserved for God’s helpers alone. Because climate activist-meddlers are unknowingly doing the Devil’s work, the righteous must do whatever they can to thwart them.

In short, if true-blue Pentecostals were in charge, they would take no action to mitigate climate change. Not only that, they would also actively intervene to stop those who try.

Could we have fared that much worse with the Scientologists? After all, they might well choose to just keep gaslighting people for cash rather than destroying life as we know it. 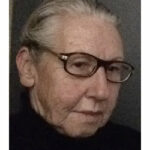