Immigration detention in 2020: don’t look away

Grief, happiness, outrage: they all diminish with the passage of time. The bright colours of emotion dull as we become accustomed to new realities. I remember the shock when I first visited the immigration detention centre at Villawood almost two decades ago.

I was a student, trailing after Professor Mary Crock as she undertook important research to better understand the effects of immigration detention on people who arrive in Australia without a visa.

I remember it was hot. People—some who had been detained for months or longer—would sidle up to our little group, to tell their story. Many had suffered extraordinary hardship: fleeing persecution and then undertaking a perilous and often traumatic journey by land and sea. And now they were being detained in Australia. Waiting interminably, or so it felt, for an outcome on their claim for asylum.

Years later, as Human Rights Commissioner, my role includes inspecting Australia’s immigration detention facilities. This work builds on the work of my predecessors: since mandatory immigration detention was introduced by the Keating government nearly three decades ago, the Australian Human Rights Commission has always conducted these inspections.

In the decades since mandatory detention was introduced, successive governments have built on this policy, and this has led to innocent people being detained for long periods of time. In all this time, the Commission has consistently expressed deep and longstanding concern about the human rights of people held in immigration detention.

This week, we published our most recent immigration detention inspection report. If you are comfortable with the human rights problems we describe being left unaddressed, that is one thing. But we cannot allow ourselves to look away simply because we have become accustomed over time to these problems being a feature of Australian life.

The inspections detailed in our report were conducted in 2019, before the onset of the COVID-19 pandemic. Over the course of that year, the average period an individual was held in Australian immigration detention was close to or just above 500 days. By September of this year, it had risen to 581 days – the highest ever recorded, and much higher than any country comparable to Australia.

This is all the more troubling given that, for many years now, the Commission has identified numerous individuals for whom closed detention was not justified under international human rights law.

A feature of our inspection reports is that we look both at the overarching legal and policy framework, as well as the practical experience for people who are detained. In this report, we focused especially on the use of ‘alternative places of detention’ or APODs. These are hotels, which have been temporarily repurposed as immigration detention facilities.

They provide very limited access to communal or outdoor facilities. While APODs were meant to be used only for short periods, many people are currently detained in these facilities for long periods, with significant negative consequences for their health and wellbeing.

We also consider the situation of a significant cohort of asylum seekers and refugees, who were transferred to Australia from Papua New Guinea and Nauru for medical assessment and treatment. Many of these people have serious health conditions. While some of these people have been permitted to receive their care in the community, a large number remain in closed detention facilities where we are very concerned about their physical and mental health.

The Government should act urgently to reduce the number of people in immigration detention, particularly given the ease with which communicable diseases can spread in places of closed detention.

Our report makes a number of practical recommendations to improve the mental and physical health, as well as the broader wellbeing, of people whom the Government determines must remain in closed detention. These recommendations would enable genuine risks in immigration detention to be managed safely, while also protecting the human rights of all people held in immigration detention.

But the Commission’s position remains that the government should release anyone currently in immigration detention who does not pose a security threat to the public into community detention.

As a country, we can and we must do better to protect the human rights of people subject to immigration detention. We must not allow ourselves to become desensitised to mandatory detention. 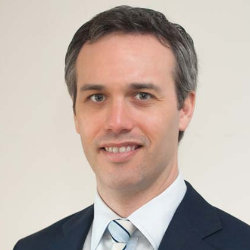