Immigration of Nurses and Doctors

Australia must fix the design of employer sponsored visas to make them easier, faster and cheaper to use while increasing penalties for employers who misuse these visas.

Two major ALP policies will require a substantial increase in the nurse and doctor workforce – but many are asking where the extra doctors and nurses will come from.

The first policy relates to aged care. The ALP proposes that every aged care centre be staffed by at least one registered nurse, 24/7.

These policies will require a substantial increase in the nurse and doctor workforce. In the short to medium term, much of this increase will need to be imported.

Over the past 30 years, Australia has become increasingly reliant on both overseas-trained nurses and doctors as well as overseas students trained in Australian medical training facilities who go onto join the medical workforce.

Chart 1 shows the mix of visa categories under which registered nurses have been granted primary visas in the skill stream and the skilled temporary entry category – these would not include registered nurses on working holiday maker visas, temporary graduate visas or nurses migrating on partner visas or working on student visas. 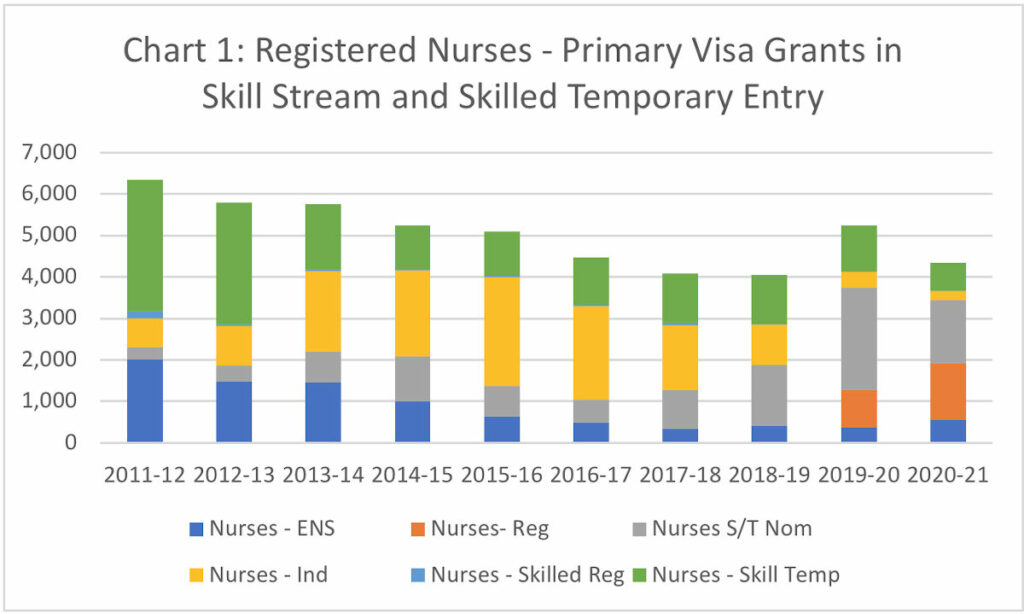 This changed significantly from 2013-14 to 2016-17 when registered nurses made much greater use of skilled independent visas.

Australia’s registered nurse workforce has been growing much faster than the rate of general population growth, partly reflecting the ageing population. 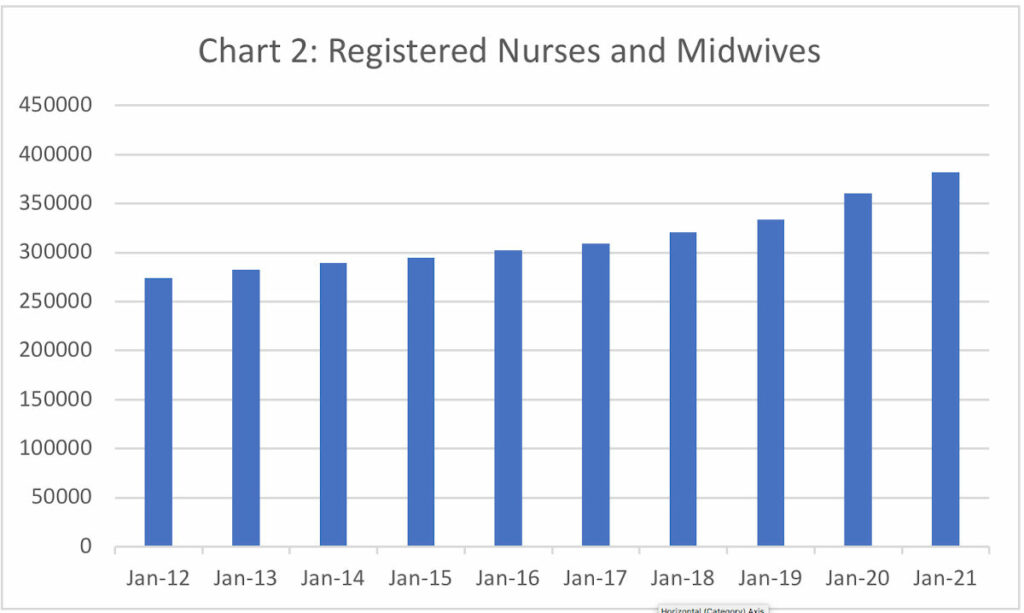 Source: Nursing and Midwifery Board of Australia

It is inevitable that growing the nurse workforce further will continue to require a significant contribution from migrant nurses. 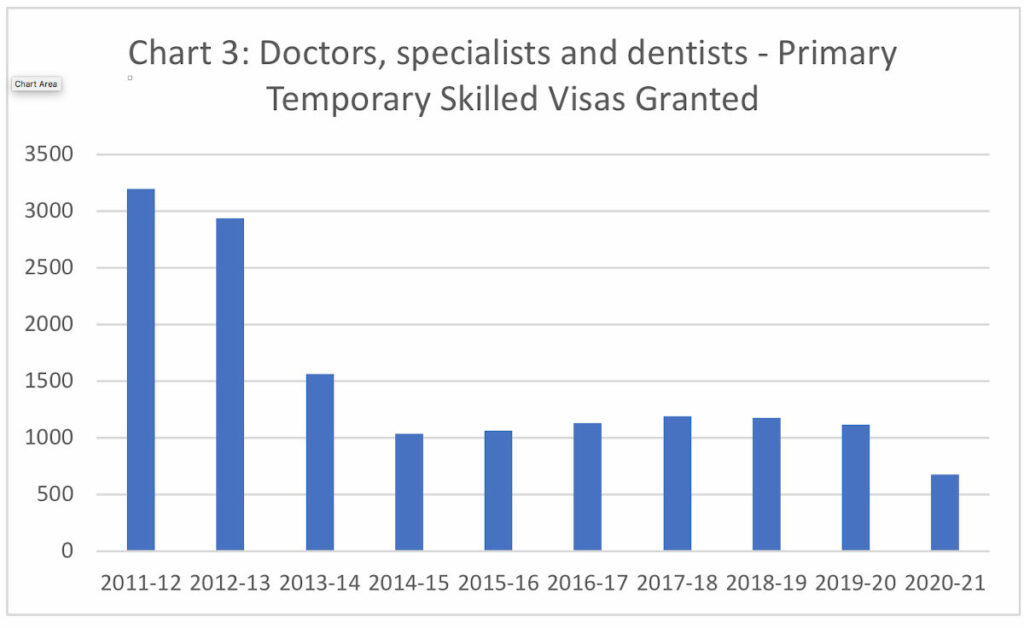 This too declined markedly from 2013-14 and was likely replaced initially by greater use of skilled independent visas and then state/territory nominated visas.

The key take out from this should be that Australia must fix the design of employer sponsored visas to make them easier, faster and cheaper to use while increasing penalties for employers who misuse these visas and increasing the minimum salary paid to migrants who are sponsored by employers.