In Defence of Nomadic “Mere” Hunter-Gatherers

We increasingly hear people say that traditional Aboriginal societies were “not mere hunter-gatherers”. Unwittingly, this phrase downgrades the mobile foragers who occupied Australia on the eve of colonial occupation of their territory (and for tens of millennia before). The yearning to reclassify foragers as farmers reflects a dated and discredited concept of economic hierarchy.

The statement that Australian Aborigines were “not mere hunter-gatherers” typically simplifies what people think they have understood from the book Dark Emu by popular author Bruce Pascoe. It is used in response to the search for anomalies to the widespread patterns of precolonial indigenous Australia.

In public discourse we now hear that precolonial Aborigines were agriculturalists, even herders, settled in villages, not “mere hunter-gatherers”, not “nomads”, with the implication those descriptions would be a source of shame. Inadvertently this risks coming full circle to racist perceptions from early colonialism, which dismissed foragers as inferior to farmers.

The disparagement of hunter-gather societies has a long tradition, echoing Thomas’ Hobbes 1651 construction of their lives as “solitary, poor, nasty, brutish and short”. Some 18th and 19th century liberals took a kinder if patronising view of indigenous people including foragers (even romanticising the “noble savage”). The widely held concepts of a racial hierarchy which thrived into the 1930s were matched by more persistent models of an economic hierarchy in which hunter-gathering, pastoralism, settled farming and urban civilisation were used to rank the worth of different societies and people.

The substantial professional work of anthropologists and archaeologists has opened much wider interpretation of past and present communities whose economic base lay in gathering and processing wild food resources, hunting for meat and exploiting aquatic resources. In AD 1500 one third of the land surface of Earth was occupied by such foragers, not farmers. In the 1960s US anthropologist G.P. Murdock was able to list 27 groups of foragers from the modern era.

Our own species was biologically reliant on acquiring (and cooking) wild food resources for most of the last 300,000 years, with no humans managing domesticated animals or planting food crops for 96% of that time. As a biological species we are foragers, relying on acquiring and cooking wild foods.

The transitions from foraging to settled agriculture which took place in many separate areas of the world can only be described as “progress” in selected and dated definitions of that term. In very many contexts worldwide the change from smaller nomadic forager bands to large village settlements fixed near cultivation had dramatic negative effects of health on adults and children. As mobility reduced, readily communicable diseases spread in sedentary farming communities. Dietary shifts including a focus on domestic grains produced early tooth decay; growth and adult height were suppressed; infant mortality remained high. Numerous studies of skeletal remains show the negative impacts on heath and impacts of stress that accompanied the emergence of settled farming. Enthusiasms for a supposed “Paleo diet” reflect this perception.

There were other negative impacts from the change from food collection to food production. Hunter-gatherers have been described as the “ultimate affluent society” in anthropologist Marshall Sahlins’ expression – spending far less of their day (3-5 hours per day) in economic activity than farmers or urban dwellers. Time for leisure, society or family shrinks dramatically as foragers become farmers.

We should not over-romanticise the forager lifestyle. Climatic variation and seasonal change require mobility for most foragers. Infant mortality may be high, although once infancy is survived, adult lifespans matched other groups. As traditional foragers’ better and varied diet and social pattern kept them away from the chronic and degenerative disease of farming and urban people, other causes of death predominated, including trauma.

The most important point affirmed by both archaeology and studies of more recent foragers is their expertise in managing their economic lives. Knowledge of the location and seasonal availability of food sources in most cases implied mobility: nomadism, which is definitely not a random wandering across a landscape in hope of food and water.

It is no new revelation that traditional Australian Aboriginal communities were masterful managers of their economic resources. The exhaustive account by anthropologists R. &. C Berndt, stating “the Australian Aborigines are hunters and food-collectors, with no settled dwellings”, recorded the highly successful management of land and adaptations to the diverse resources of the continent and conservation of food stuffs that assured their sustainability.

Archaeologists have provided the time depth to the Aboriginal occupation of the land, but have been less successful at conveying to a broader public an understanding of their finds and interpretations. Isolated outlier dates for early sites get media grabs (and public repetitions of a date as a single figure). Newly discovered occupation locations get turned by the media into “sacred sites”, and the subtleties of debate can fall away under the politics of the day.

The surveys of the pre-European past of Australia by archaeologists note the substantial changes over time and the variations between regions in forager use and management of their resources. Peter Hiscock’s widely used textbook describes the variety of indigenous settlement and economic management, emphasising “geographical differences in foraging”, but does not suggest there was indigenous farming, or construction of dwellings longer than required for a period of exploiting regional resources. The older Prehistory of Australia by Mulvaney and Kamminga noted the records of Aboriginal people helping their wild crops grow but stated they did not develop farming.

Foragers in Australia managed the land and its resources successfully and sustainably for tens of thousands of years with numerous changes over time and wide variations between regions. Foraging commonly meant a nomadic round on a seasonal basis, using knowledge transmitted from generation to generation, and understanding of the land and its resources of wild plant and insect foods and honey, animals to hunt, and fish in rivers and shores. Significant long distance trade and exchange between mobile foragers across Australia have been detailed by decades of archaeological work.

Foragers in arid areas would occupy a large territory and travel substantial distances in an annual cycle. Those who exploited rich aquatic resources could be far less mobile, strengthening and rebuilding their river fish and eel traps and managing resources sustainably. Canoes allowed travel to rich fishing grounds. But then Aboriginal lives and the environment of Australia received the damaging impact of settled agriculturalists: people with farming economies who came from overseas.

The fire stick was used to manage the landscape as a whole: driving out game, stimulating new growth to attract animals, clearing grass from woodland and creating the economic potential of what Bill Gammage describes in his book The Biggest Estate on Earth, where he reasserts the mobility of Aboriginal groups.

Some archaeologists argue that the traditional classificatory division between foraging and farming is unhelpful in describing the actual lives of different communities, and accept that examples of intensive management of plant food resources could be called cultivation. Some areas of the most intensive indigenous occupation demonstrate means of conserving fundamental plant foods, including 19th century accounts of managing areas of wild yams, re-seeding to maintain basic foods, and even transplanting to grow plants naturally in new locations. These local adaptations have been known to scholarship for some time, even if a wider public had a simplistic view of the complex variety of the indigenous past of Australia until the publication of Dark Emu.

However, the term farming in history, anthropology, archaeology and more common discourse usually means the breeding and control of domesticated animals, the planting, cultivation, harvesting and replanting of basic selective food crops, and permanent perennial settlement to enable this to be the dominant economic life, even though wild foodstuffs may form additional parts of the diet.

A recent article in The Conversation echoes the current confusion with its headline protesting that “Secondary school textbooks teach our kids the myth that Aboriginal Australians were nomadic hunter-gatherers”. Why myth? So where does this confusion come from? If we call hunter-gatherers’ sustainable management of their land and resources “farming” or “cultivation” and the plant foods on which they relied “crops” and seasonal settlements “villages” (or even “towns”) then what term do we use for an economy based on domesticated plants and animals?

This change in terminology implies and imposes shame on the idea of being a nomadic “mere hunter-gatherer”. It reflects a narrow and dated concept of progress that places farmers as a necessary and desirable development stage beyond foragers, with a need to prioritise certain aspects present in pre-colonial indigenous life as that of “farmers” in order to contrast it with some supposedly lesser human society called “mere” hunter-gatherers and nomads. There is no “mere hunter -gatherer” any more than there is a “mere African American” or a “mere migrant”.

The idea that a community needs to be reclassified as agriculturalist to give it acceptance over nomadic foraging reflects an older Eurocentric (and effectively racist) bias. Australia should be proud of its long history of mobile foragers, more aware of the vast range of economic practices in time and place that this implies, and thoughtful about the negative impact on them and on the land that the arrival of farming and urban life in 1788 brought about. 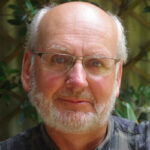 Robin Derricourt is an honorary professor of history at UNSW and author of three books on invented pasts.