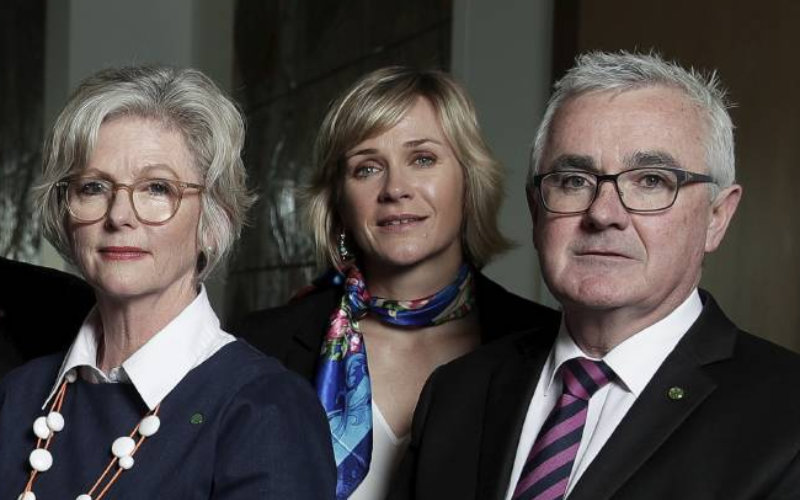 The reinstatement of Barnaby Joyce combined with demographic changes raises the possibility that more independents will be elected at the next federal election. A run-down of the most likely electorates.

The re-emergence of Barnaby Joyce as Deputy Prime Minister raises a number of issues. Some of these are major policy issues which affect the future of the nation and the planet. However, his reinstatement will also have an impact on electoral politics.

Joyce is possibly an electoral asset in some constituencies. But he is a polarizing figure. As a consequence, he raises the possibility that more independents will be elected to the federal parliament. Some are likely to be rural, driven by the alienation of some part of the National Party base. Some inner-city seats could see Liberals in trouble, particularly as a result of climate change policy.

My assumption, perhaps unwelcome to some Labor people, is that all the minor party and independent members of the current House of Representatives will be re-elected. That means six seats in the independents and minor party tally: Indi; Warringah; Mayo; Clark; Melbourne and Kennedy. I am not convinced the Labor Party should squander precious resources trying to turn these around. Whoever governs after the next election will not be influenced by any possible change in the representation in these seats.

I have attempted to apply some common criteria in addition to some subjective assessments which in what follows.

The first criterion is the percentage of Labor vote at the last election. If there is a realistic chance of the ALP winning a seat there is unlikely to be a prospect for any independent or minor party candidate as Labor preferences are unlikely to be distributed. I know that this is not universal. Some inner-city seats are three-way contests between Liberal, Labor and the Greens. I have included one or two of these seats in my list of potential Independent wins based on other criteria.

The second criterion is the unpopularity or controversial character of the sitting member. This is not relevant in every case but will influence the inclusion of some seats in the list.

The third criterion is the history of State or Federal support for Independent candidates in the past. This indicates a propensity to vote for such candidates if the circumstances are right.

Barker is very much open to an Independent based on the Nationals policy on the Murray-Darling Plan since Barnaby took over. I think this will put a number of seats in play, but from an Independent candidate perspective Barker is a key opportunity. The future of many communities within the Barker electorate are very dependent on the flow of environmental water from the Northern Murray-Darling system. Current National Party policy puts this at risk. This is a seat in which the ALP took just 21% of the vote in 2019., so there is a reasonable chance that Labor preferences could come into play. A key population centre in the Barker electorate, Mt Gambier, has a long history of sending Independent members to the South Australian parliament. The local member, Tony Pasin, is a Liberal not a National so that gives him a little cover. However, he will have to lift his performance to resist a strong challenge.

Given the right candidate Barker is a strong prospect to return an Independent member at the next election.

The possibility of an Independent challenge in Hume is driven by the record of the local member, Angus Taylor. There are a number of local issues in the background, but the key  driver of any challenge is the continuing controversy concerning the local member. Should the government move on an Integrity Commission Taylor would be likely to be the subject of several serious allegations. Whether they are proven or not remains to be seen but the airing of the allegations could be damaging. If there is no such Commission the allegations will linger and the lack of a Commission will be another issue. There is already someone lining himself up to run as an Indi-type Independent in Hume. The Labor vote in Hume last time was stronger than in the other seats I am considering (26%) but it remains at serious risk with some tactical voting.

This is a normally safe National Party seat under potential challenge from an Independent because of the Barnaby factor. The current member, Anne Webster, has expressed concern about her new Leader’s impact on the votes of rural women. This is a view which has also been expressed by the Deputy Leader of the Victorian Nationals and the Leader of the WA Nationals. In 2019 the ALP vote was 15% while two Independents got 18% between them. Furthermore, the State seat of Mildura has a proud history of electing independents, including the current State member. Ms.
Webster is a first term MP selected after the previous member was caught out in a sex scandal. She may be able to inoculate herself from the Barnaby factor but it is an interesting prospect.

These two seats have some things in common that could make them vulnerable to an Independent candidate. They are both traditional safe Liberal seats which have been represented by a series of high-profile Liberal party figures. However, they both now face the changing political landscape reflected in the emerging trend to more progressive social views amongst high income, well-educated voters. This has seen a number of similar seats around the democratic world come under threat. In the UK it is described as a potentially crumbling “Blue Wall”, the mirror image of the UK Labour Party’s loss of its so-called “Red Wall”

In 2019 this trend saw significant challenges in Higgins and Kooyong. I think Kooyong is too hard but these two are interesting possibilities. There is no doubt that Barnaby Joyce will be a  significant negative for the coalition in seats like these. Time will tell if his undoubted unpopularity with well-educated women will translate into votes against the coalition.

One key difference between these seats is the fact that there is a long history of electing independents to the state parliament from within the federal seat of Curtin.

The potential to elect independents in these seats is directly related to the Barnaby Joyce effect.  Both sitting members, Michael McCormack and Mark Coulton, were dropped from the Ministry in the leadership transition. Should either, or both, of them decide to walk away at the next election, or before, there would be a distinct possibility of the Nationals losing either or both seats. There have been significant Independent victories at state level in both seats.

I don’t expect either of these to return an Independent, but the political profile of the sitting members means it is possible. The issues surrounding Craig Kelly, the member for Hughes, are well known and would have rendered him a chance of a serious independent challenge. As he has left the Liberal party it is unlikely his successor will have the same problem. But Kelly is a wildcard and anything could happen.

The member for Moore, Ian Goodenough, is not so well known. However, he has been controversial within the Western Australian branch. There have been serious allegations of branch-stacking from a religious group with which he is associated and allegations of conflict of interest which may have interested an Integrity Commission if there was one. He has faced ex-Liberals running as
independents in the past without significant problems. He would only be in trouble if an individual emerged who could mobilise disaffected Liberals and more progressive voters.

Nothing is certain in politics, but the reinstatement of Barnaby Joyce to the Deputy Prime Minister’s position combined with demographic trends certainly means there will be some unusual seats demanding attention on election night.