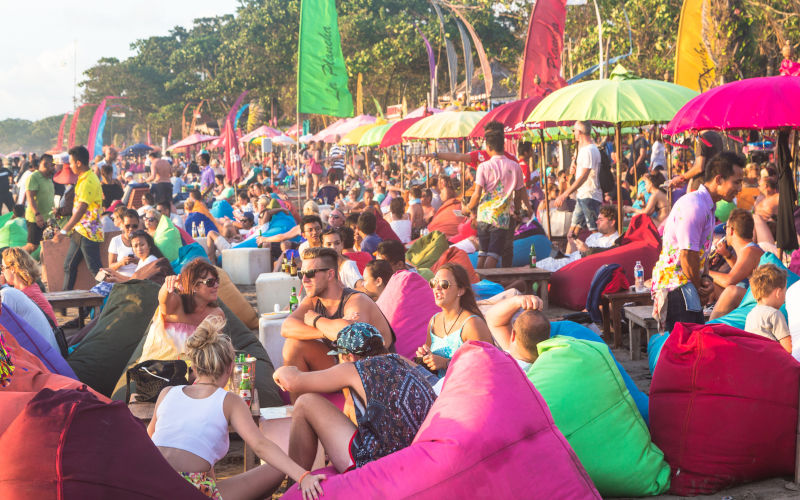 Lock your bedroom: The state is perving.

The G20 in Bali last month was a splendid success – and not just because world leaders talked to each other proving differences can sometimes be understood, if not always accepted.

The grand two-day event also showcased Indonesia as a modern, progressive, tolerant and efficient state deserving respect and applause. No longer. Cheers have turned to jeers.

Now the international news isn’t about grand-scale diplomatic breakthroughs that could make the world a safer place. That worthy account has been kicked to touch by lawmakers climbing into bedrooms.

There’s hardly a newspaper, radio or TV station around the world which hasn’t run the story of the Indonesian Legislative Assembly unanimously revising the Criminal Code to include a clause making consensual extramarital sex illegal.

Inevitably it’s been tagged ‘Bali bonk ban’ – and the mockery is widespread and justified. Apart from being a gross affront to citizens’ privacy and an assault on human rights, it’s also a nutty notion.

In practical terms, how can it ever be widely enforced? There aren’t enough jails in the country to hold the tsunami of offenders that would swamp the legal system.

Using Indonesia’s population surge as proof (2.3 live births per woman compared to Australia’s 1.6) it’s clear Indonesians like sex as much as any other humans and will enjoy the natural practice whatever their marital status.

The pious sly will honour the law by using a Mut’ah temporary contract, ‘marrying’ before a compliant cleric just ahead of undressing, and ‘divorcing’ after the post-coital shower.

The salacious reports divert from the more serious questions: How did this come about, who’s running this show and what’s the intent?

The legislation would not have surprised readers of this website as the decision was flagged here a month before the legacy media noticed.

But the story starts more than six years ago when the Aliansi Cinta Keluarga (Family Love Alliance) started to get its agenda heard.

Till then radical Muslims had backed the Front Pembela Islam (FPI – Islamic Defenders’ Front). It used firebrand speakers and mass rallies to force demands for an end to pluralism, liberalism and other perceived Western pollutants.

The government took fright at the growing power of the FPI so jailed its leader Rizieq Shihab, and got tough on his followers. On one occasion police shot six dead on a Jakarta highway – driving the radicals underground.

Since then the Family Love Alliance has filled the vacuum by claiming it wants to strengthen ‘family values.’

The Alliance appears mild and mainstream, the image a gathering of grans. The giveaway is the acronym it uses – AILA – Arabic for ‘big family.’ As one commentator noted:

‘Unlike the FPI, which often acts outside or above the law, AILA is exploiting the existing legal system to turn law enforcers into a morality police, so that later they will practically do what the FPI has been doing for years.’

Which is what’s happened.

Before readers cancel their Kuta getaways, note the law has to be ratified and signed off by President Joko ‘Jokowi’ Widodo. Judicial appeals are likely.

The big end of town is worried. The US Ambassador in Jakarta Sung Kim has reportedly forecast ‘a negative impact on the investment climate.’ Tourism businesses horrified by the overseas headlines will be lobbying to get unwed foreigners excluded from the no-cohabitation rule.

Three years ago when drafts of the proposed law were revealed, five died and 232 were injured when thousands protested in the streets of major cities. They demanded the state get out of people’s private lives and concentrate on improving education and health care, reducing poverty and concentrating on corruption.

The government has been trying to placate. Deputy Minister of Law and Human Rights Edward Hiariej has been quoted as saying nothing will change for at least a year as new regulations are assembled.

These are expected to include a clause restricting dob-ins of adulterers to relatives of the naughty couple, supposedly to keep neighbours from twitching curtains – another impossible goal.

It also won’t stop vigilantes believing they’ve been given a social licence to operate as morality police – a practice refined by FPI hoons who terrorised drinkers and gamblers during the holy month of Ramadan.

‘The danger of oppressive laws is not that they’ll be broadly applied, it’s that they provide avenues for selective enforcement.’

There are other revisions that are concerning in a country which wags call a ‘pious democracy’ as all citizens must belong to an approved religion.

In a move towards Thailand’s lese majesty laws, Indonesia’s legislators also want insulting the president and ministers to be a jailable offence. It’s unclear whether normally humble Widodo supports this oppression of speech.

Most likely it’s been inserted by politicians jealous of their status as the definition is a catch-all: ‘An act that humiliates or damages the honour, or the image of the government or state institutions, including insulting or slandering’.

Although the adultery clause is getting the most attention this is just one of 600 changes to the Criminal Code, with many replacing a mish-mash of old Dutch law, customary law and laws passed since the country was declared a republic in 1945.

At the time there was a strong push to make the new nation a theocracy and compel Muslims to follow Shariah law.

That failed, but the zealots haven’t given up. These new laws don’t go that far, but they do weaken the secular state, easing the way for harsher changes in the future.