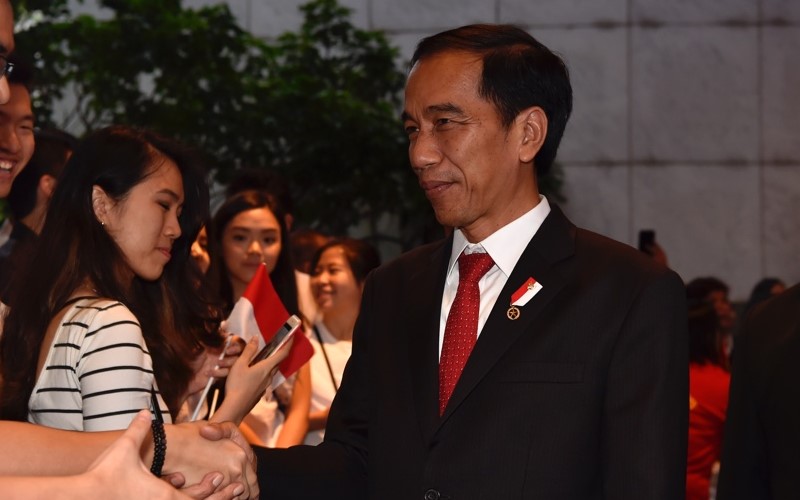 Our near neighbour faces a colossal task in keeping the lights on while reducing emissions. Even some solutions create problems.

Indonesia went to the COP26 climate summit with an impressive set of tasks for the next three decades. The list is broad, ambitious and admirable.  Unfortunately, the jobs won’t get done without the vision and force of a leader such as the late Singapore PM Lee Kuan Yew.

Joko Widodo isn’t that man. The Indonesian president has the numbers and just enough time (election in 2024) to start cleaning the Augean Stables, deep in the excrement of corruption and maladministration. Sadly Widodo is no Hercules — he can’t even find the broom and shovel, let alone the will.

Indonesia is particularly vulnerable to sea levels rising with beach and estuary settlements 14 times more exposed than previously realised according to some research. Apart from pollution the nation’s most infamous contribution to world warming is forest clearing for palm oil plantations in provinces such as Kalimantan in Borneo.

“The rate of deforestation has declined significantly, the lowest in the last 20 years,” he said. “Forest fires also declined by 82 per cent in 2020. We’ve also started rehabilitating 600,000 hectares of mangrove forests by 2024, the largest area in the world.”

At first, it seemed reform was real when Indonesia joined 127 other nations in a pledge to end deforestation by 2030. But before Widodo had returned to Jakarta the plan — and the president’s credibility — had been put through the wood chipper by Environment and Forestry Minister Siti Nurbaya Bakar.

(Ironically, her name translates as “burn”. The former career bureaucrat is not in Widodo’s ruling party, but coalition member National Democrats.)

“Forcing Indonesia to zero deforestation in 2030 is clearly inappropriate and unfair,” Bakar said on Twitter. “The massive development of (Widodo’s) era must not stop in the name of carbon emissions or the name of deforestation.”

It’s the sugar season in East Java. Day and night eight-tonne trucks carrying top-heavy loads of cane grind their way along potholed and congested roads from field to factory. On every incline, they belch fumes so thick headlights can’t penetrate.

There’s nothing exceptional about this behaviour. Indonesians are skilled in avoidance — not by confrontation but by agreeing and then ignoring. Politicians flick aside rules, protocols and conventions in a way that make their Canberra counterparts look amateur.

On paper, the world’s number 10 top polluter with 615 million tonnes annually of CO2 (China outclasses all with more than 10 billion) claims it is trying to re-create a clean and cooler planet with policies locked into law.

Within 18 years the sale of petrol-powered motorbikes is supposed to stop. Indonesia has around 112 million of the beasties so the dream of going renewable is electric. Cars will follow a decade later, but so far no mention of heavy transport.

Curiously the pedelecs dashing across Europe and now the US have barely reached Indonesia. The bikes, mainly imported from China, are often half the cost of those sold in Australia, though few buyers, probably for cultural reasons. Bicycles are for the poor or sport-crazies. Pedallers are peripheral.

The volts needed to power the two and four-wheelers currently comes from burning fossil fuels — 40 per cent oil, 24 per cent natural gas and around 30 per cent coal.

In the early years of second president Suharto’s rule (1965–98), building dams was all the go. There are now 30 hydroelectric plants and 11 geothermals, but together these meet only 6 per cent of the nation’s needs.

Within this decade there’ll have to be a massive rejig of the economy for Widodo to be remembered as a reformer. Farewell smokestacks and LPG imports, so no “gas-fired recovery”.

Instead a welcome to solar arrays delivering 42 per cent of power. There’s not enough suitable space for square kilometres of collectors, and smog often smothers the sun. Undersea cables from Australia may have to deliver, though that’s not stated.

Oil wells are going dry, so a nation once self-sufficient now imports. To cut costs the state-owned power provider Perusahaan Listrik Negara (PLN) is turning to coal despite a pledge to start weaning consumers off carbon.

The archipelago has huge reserves and has become the world’s top exporter of thermal coal — making a fortune supplying to China in place of the black stuff banned from Australia. The mines belong to a few oligarchs unlikely to easily abandon their businesses by 2055 as proposed.

How to change the formula? The Indonesian Way is nuclear with the first fission in 2045. The archipelago embraces the Ring of Fire and is one of the world’s most unstable regions. Last year the country was shaken by 22 quakes magnitude six or above, 214 between five and six and 11,000 at lower levels.

Where the reactors will be built, how locals will be induced to accept radioactivity in their region, and how the technicians will be trained are like The Australian Way, matters for appendices which are yet to be written.

To date, Indonesia has largely ignored solar technology. The glistening panels which smother Australian roofs are seldom seen even as hot-water providers. Although units are available there’s been no real push to market except in Bali which is more open to Australian influences.

PLN is still trying to decide how to regulate domestic feeds into the grid, and what to pay for surplus electricity.

Unless there’s a massive community attitude shift and Widodo gets tough on enforcing policies, truck fumes will still be fogging highways in 2060 and the mosquito hordes of piston-engine motorbikes will continue to make motoring hell.