Indonesia trade pitch plays down the perils awaiting outside investors 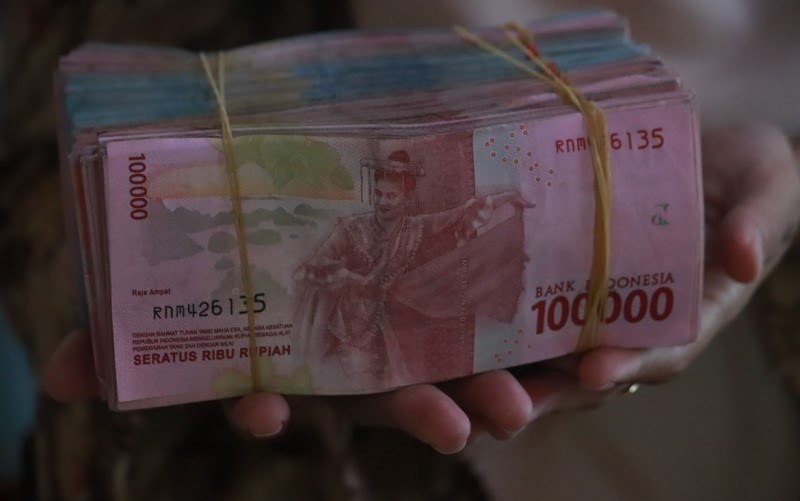 Chief among the many pitfalls of engaging with Australia’s giant neighbour is Indonesia’s legal system, which is rife with corruption and rigged against foreigners.

Here’s a word for every aspiring entrepreneur and investor prodded by bureaucrats and politicians in Canberra to chance their arms in Indonesia: Beware.

This nugget doesn’t come from some cynical hack, but the Washington-based World Justice Project (WJP), which calls itself ”an independent, multidisciplinary organisation working to create knowledge, build awareness, and stimulate action to advance the rule of law worldwide”. It has been in business since 2006.

Co-founder and CEO Bill Neukom (former legal counsel for Microsoft) reckons: ”Rule of law is the very foundation of communities of justice, opportunity and peace. Reinforcing that foundation should be a top priority for the coming period of recovery from the pandemic.”

Worthy ideas, though not new. Greek philosopher Aristotle wrote: ”It is more proper that law should govern than any one of the citizens.”

WJP’s latest report has just been published a month after the Department of Foreign Affairs and Trade released its 192-page Blueprint for Trade and Investment with Indonesia. Potential investors might want to read the two together.

The Aussie document pumps ”the powerhouse nation on our doorstep and soon to be among the largest economies in the world”. Indonesia is already the world’s third-largest democracy and fourth most populous country with 273 million, possibly heading to 337 million by the 2060s.

So many tummies to fill with mie (noodles) from Australian wheat, bakso (meat ball soup) from bush bulls and a few minds to stimulate by buying Australian education.

The average monthly household income in Indonesia is around $A230, but there’s enough wealth among the oligarchs to make the venture work — provided staff tread carefully. Well-established locals often see outsiders as threats.

The blueprint purports to ”provide practical and strategic guidance on enriching the economic relationship with our closest neighbour in the region”. Overall a good attempt to sell opportunities. It does canvass some of the problems/”challenges” but touches on ”rule of law” in the text only once.

Here’s where the WJP research comes in, with the NGO’s rankings based on constraints on government powers, absence of corruption, open government, fundamental rights, order and security, regulatory enforcement, civil and criminal justice.

Its findings placed Indonesia at position 68 (a two-point fall in the past year) of the 139 countries surveyed through 135,000 households plus 4000 lawyers and other experts.

The pandemic has been a factor in reducing civic spaces and constraints on government powers. Justice has been another casualty, with the plague delaying administrative, civil and criminal proceedings.

At the heart of DFAT’s push to get Australians selling more next door is the Indonesia-Australia Comprehensive Economic Partnership Agreement (IA-CEPA), which became operation last year.

After 10 years of off-on negotiations, the free trade deal should have left no clause unturned. But Jakarta-based business lawyer Bill Sullivan has doubts. Last year the Australian expert on mining law wrote of the ‘singularly uninviting prospect of litigation against Indonesia in the courts and tribunals of Indonesia”.

Sullivan told this writer he still held these views, recalling that the Republic has ”a long-held position that it should not be subject to international arbitration by foreign investors”.

One of the most infamous cases involved London-based Churchill Mining and its Australian subsidiary Planet Mining. Their licence to explore a coal concession in East Kalimantan was withdrawn after two years by a regional authority alleging illegal logging.

After losing the companies went to an international tribunal and failed again. In 2019 the Indonesian government was awarded $US9.4 million in damages.

Compounding the difficulties faced by foreign litigants is the legal system. Indonesia uses civil law derived from European jurisdictions, not common law followed in Australia, the US and other former British colonies.

Civil law courts aren’t bound by decisions of other courts at whatever level, so no precedents serve as guidance. The international anti-corruption agency GAN Integrity alleged “Indonesia’s judiciary is rife with corruption and is subject to political influence … Dispute settlement mechanisms are inefficient and many laws are open to interpretation by judges”.

Endy Bayuni, former editor of The Jakarta Post, commented on the WJP report: ”Justice, including law enforcement, has been the weakest link among the main democratic elements since Indonesia began political reforms in 1998 after President Suharto’s authoritarian rule ended.

”Our law enforcement agencies and law administrators have let the nation down. This has weakened the quality of life for many people … [making] a mockery of the various freedoms guaranteed by the constitution and the law, including the freedom of expression and freedom of religion.

‘‘To the question of what becomes of a democracy without a credible rule of law, the short answer is anarchy. We are not there yet, but we soon will be unless we tackle these problems. Or, as has happened with our neighbours, we could revert to an authoritarian rule.’’