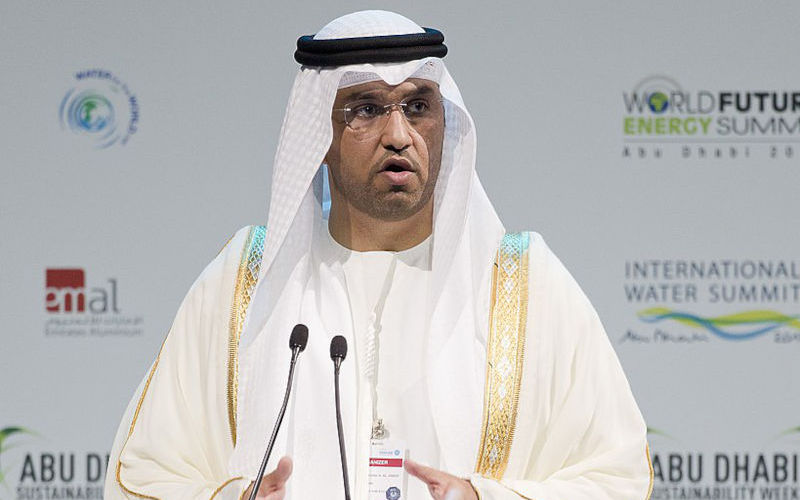 Perceptions aren’t everything but they can be very powerful. On the face of it, the United Arab Emirates’ (UAE) appointment of an oil company chief as the next President for the UNCOP28 is not a good look. That’s putting it mildly! There has, in fact, been much colourful criticism. “This appointment goes beyond putting the fox in charge of the henhouse”, said Teresa Anderson of ActionAid, a climate justice charity.

I do not know the newly appointed President, Sultan al-Jaber, the head of the state oil giant Abu Dhabi National Oil Company (ADNOC – described as one of the world’s largest oil companies), and do not wish to judge this appointment prematurely. But, so far, from what I can gather, there has been no comforting response from the UAE to the outrage regarding this appointment. So, the perception sits there, that the Sultan’s appointment is, as Tasneem Essop of the Climate Action Network says, “tantamount to a full-scale capture of the UN climate talks by a petrostate national oil company and its associated fossil fuel lobbyists.”

I am a member of the Interfaith Liaison Committee (ILC) of the United Nations Framework Convention on Climate Change (UNFCCC). Our role, as faith leaders, is to help the UNCOP process accomplish the goals of the Paris Agreement and thus limit global heating to the 1.5 degree limit, often described. All the evidence is that we are failing to achieve this climate ambition fast enough, with catastrophic consequences, some of which are already vivid.

Last week our ILC met by zoom in our different time zones. We were reviewing UNCOP27 last November in Egypt, looking ahead to Dubai. Listening to those who were at COP27 brought to mind John Bell’s hymn, “Inspired by love and anger”.

I felt so much love for these brave souls who persisted with their advocacy in the face of completely unnecessary, avoidable and quite stupid difficulties in the Egyptian venue. I myself was prevented from attending when, as I have written in Engage, at the last-minute banal profiteering was allowed when accommodation booked, paid for and confirmed through the World Council of Churches, was arbitrarily cancelled and resold to others at higher prices. Perhaps to some of those 600 plus representatives of the fossil fuel industry. One representative of an African Government told me they ended up paying four times the original price. But, looking ahead to the Dubai COP, there is no point just being angry. As the old saying goes: ‘Don’t get mad; get organised’. So that is what we will be doing over the coming weeks.

It is a blessing and a ground for hope that our new Federal Government sought to engage the Egypt COP with positive energy and with much better policies. In upcoming meetings with the fine staff of the Department of Climate Change, Energy, the Environment and Water (DCCEEW), we can try to raise expectations together for COP28. On the face of it too, there are grounds for hope in the principles underpinning the UAE. Its foundation and growth reflects inspired leadership. It is an accomplished host of significant international events.

And one of its founding principles is Tolerance. Its Charter and Ministry for Tolerance aims to enhance the quality of dialogue so as to strengthen international cooperation.

As it happens, I was invited to speak on this subject of Tolerance not long after the Egypt COP and at an event organised by the UAE Ambassador in Australia. 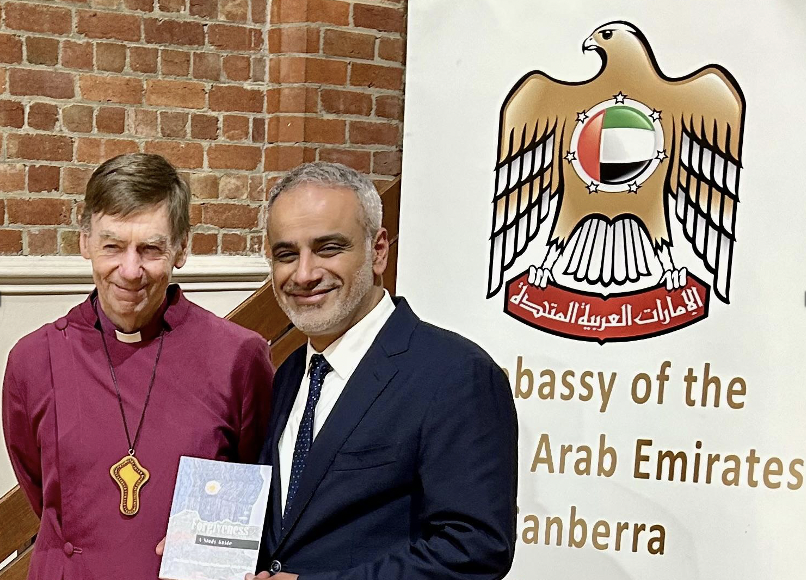 I am pictured above giving Ambassador Abdulla Al Subousi a copy of our Studies on Forgiveness as this pertains to the practice of tolerance… . Forgiveness expresses “the tolerances of love”, in the poetic phrase of Morris West in his lucid biographical book, A View from the Ridge.

At that time, I was able to converse with the Ambassador about lessons from Egypt in terms of Dubai’s hosting of UNCOP28 this November. Obviously too, the UAE is already hot enough! Further rises in global temperatures and consequent catastrophic climate events would make life in the UAE less tolerable, a point which was agreed from the talk I gave!

So, there are some grounds for optimism, notwithstanding early perceptions. We persist, as we must. It is a matter of love. I concur with how Morris West concludes his A View from the Ridge. His words might guide our faithful persistence: “I have learned never to judge … never to close my heart to anyone or withhold the hand of friendship. I have learned to be grateful for the small candle which lights my own faltering steps and to hope that when it gutters out, I wake to a final illumination.” Writing with faith in the love of God visible in Jesus, he concludes, “To me, an elderly man standing on the ridge and looking across the dark valley into eternity, the only answer is a continuous dispensation of love and the tolerances of love.”

This is just what our fraught and stressed planetary life most needs. UNCOP28 can be reframed as a wonderful opportunity to express what the school girls of Lowther Hall Anglican Grammar sang to delegates at the pre-pandemic COP25 in Madrid.

It is getting late … but it is not yet too late. 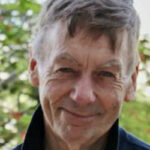