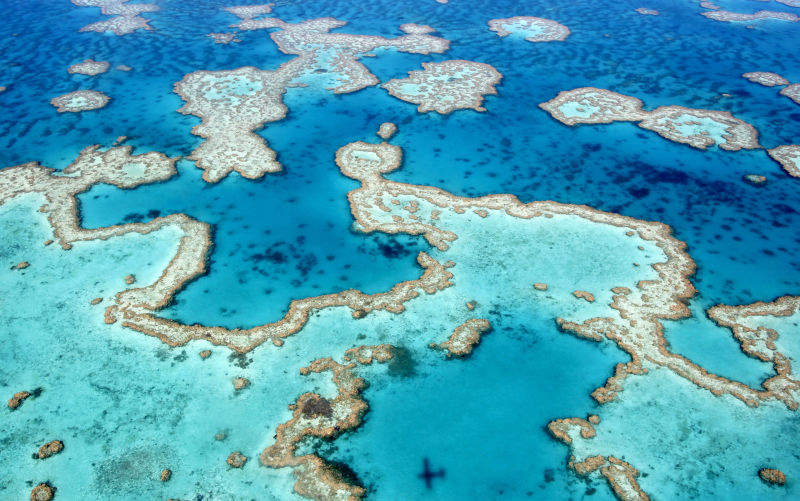 will the mission conclude that the Great Barrier Reef should be added to the List of World Heritage in Danger? Image: Wikimedia Commons

So, is the Morrison Government doing enough to secure the protection of the Great Barrier Reef? The question is almost absurd. The answer is a deafening no.

Last month an international mission arrived in Australia for ten days to assess whether the Morrison Government is doing enough to protect our greatest natural wonder, the Great Barrier Reef.

With the Reef experiencing its sixth mass coral bleaching event while the mission was here, the answer was provided by the Reef itself.

The mission was comprised of one official from UNESCO and another from the International Union for the Conservation of Nature (IUCN) – the advisory body to the World Heritage Committee on natural heritage sites. The officials are now drafting a report which will be considered by the Committee when it meets in June.

The big question is: will the mission conclude that the Great Barrier Reef should be added to the List of World Heritage in Danger? Last year the World Heritage Committee rejected an immediate In Danger listing after a taxpayer funded lobbying trip to Europe by the Minister for Environment Sussan Ley with the support of key DFAT officials. The Committee, swayed by the Minister, called for a monitoring mission to assess the situation.

Having lobbied hard to sabotage an In Danger listing, the Morrison Government warmly welcomed the mission. The Minister declared she wanted to “showcase” several Commonwealth funded projects that demonstrated the Government’s deep commitment to protecting our natural wonder.

I had the privilege of meeting with the mission twice but the government didn’t allow the meetings without the presence of senior government officials. The mission visited two reefs. Both were zoned “green”. No fishing has occurred in these zones since 2004. Predictably there were lots of fish. Despite two thirds of the Marine Park being open to commercial and recreational fishing, they were not taken to reefs in fishing zones. They were taken to several river catchments where sediment and nutrient pollution is being addressed at a limited scale, but they weren’t taken to the most challenging region, the Mackay-Whitsundays where it will be impossible to meet the water quality targets promised the Committee without a major change in policy.

However, the most extraordinary events were happening alongside the mission.

Firstly, as I’ve mentioned, the Reef was hit by another intense marine heatwave causing mass coral bleaching. It was the first mass bleaching to occur in the Reef during a La Nina weather phenomenon. La Nina’s bring cooler, wetter, cloudier conditions that would usually bring a worry-free summer for the Reef. Not this year. Although December brought the hottest water temperatures on record in the Marine Park, January and February were cooler so towards the end of February things were looking positive.

But in the first two weeks of March, an unexpected and intense heatwave struck North Queensland. By mid-March, sea surface temperatures ranged between 0.5-2CoC above average throughout the Marine Park. However, parts of the Far North and inshore areas between Townsville and Rockhampton varied between 2-4oC above average.

On 25th March, after an aerial survey covering approximately 750 reefs by the Great Barrier Reef Marine Park Authority and Australian Institute of Marine Science, the Authority confirmed that a mass bleaching event was occurring. In two out of four of the Marine Park’s regions – the Northern and Central regions – bleaching was mostly severe. Severe means over 60% of the corals on a reef are bleached. The scientists conducting the survey also observed some coral mortality.

The second extraordinary thing that happened during the mission visit was the series of announcements made by the Morrison Government. With an election just around the corner, the PM and his Deputy visited the Reef coastline at the same time as the mission.

On Wednesday 23rd, three days into the mission visit, the Prime Minister announced $5.4 billion to build the Hell’s Gate Dam on the upper Burdekin River. The dam will drive 125,000 hectares of irrigated sugarcane and other crops.

A few days earlier, Deputy Prime Minister Barnaby Joyce had announced $483 million to help build the Urannah Dam on the Bowen River also in the Burdekin region. The dam will enable the expansion of 30,000 ha of irrigated sugarcane and other crops and the expansion the coal industry in Central Queensland.

Meanwhile, government environment officials were showing the UNESCO/IUCN officials various project sites that will reduce sediment pollution from the Burdekin River. In reality these efforts and the taxpayer dollars behind them will be swamped if these dams go ahead. Nearly $6 billion for two dams compared to $579.9 million promised to improve Reef water quality over nine years.

On day two of the mission, Resources Minister Angus Taylor visited Gladstone to announce $50.3 million for seven “priority” gas projects while reports of Reef bleaching were coming in thick and fast. The Minister made his announcement the day after the UN Secretary-General Antonio Guterres named Australia as a “hold out” amongst a group of nations that had announced meaningful emission reductions by 2030 to keep alive the Paris Agreement’s warming limit of 1.5oC.

The $50 million of subsidies to the gas industry announced by Taylor are to support the construction of more gas infrastructure. Projects receiving the subsidy include gas pipelines, storage infrastructure, and new gas extraction projects across Victoria, the Northern Territory and the Surat and Bowen basins in Queensland.

On the second to last day of the mission visit, the federal budget was released. Incredibly, spending on climate is reducing over the next four years and spending on LNG, gas, carbon capture and storage, and ‘clean’ but not necessarily ‘green’ hydrogen is increasing.

Then there is the problem of Woodside. Woodside’s Scarborough gas extension will add just under 1.4 billion tonnes of greenhouse gases into the atmosphere, equivalent to 27 years of Australia’s coal power generation emissions at 2018-19 levels. The Morrison and Governments are in lock step over the development. Remember the little jig that Morrison did when he heard about the approval of the project?

The WA Government should have pause to reflect on the fact that the jewel down its coastline, the World Heritage listed Ningaloo Reef, is also suffering a coral bleaching event this summer. Coral reefs, even if they are World Heritage listed, are staring into the face of a climate catastrophe.

The real coral reef litmus test for the Morrison Government is its record on climate. While the government continues its perverse disregard of this existential issue, it has net zero credibility on its claims to care about these incredible ecosystems that support about a quarter of the world’s marine life.

So, is the Morrison Government doing enough to secure the protection of the Great Barrier Reef? The question is almost absurd. The answer is a deafening no.

Imogen Zethoven is director of Blue Ocean Consulting and an expert on the Great Barrier Reef.