In Part 1 – Policy and Progress, I pointed out the problem of focusing on schooling and the myths of its contribution to economic growth. In Part 2, I emphasise the importance of teacher-led assessment and the fundamental importance of early childhood.

Teachers and student assessment are critical

Minister Tudge’s speech announces an introduction online of “formative” assessments that will be completed in 2022. (Hopefully, the technology will work.) It is the one positive in his speech. Formative assessments, regular feedback given by the teacher, lead to significant gains if the assessment is a commentary, not a set of marks! Self-assessments are also important: students must be in charge of their own learning journey. Because of their temporal proximity to the teaching just experienced, such assessments identify what has worked and what has not.

Summative assessments, such as end-of-year standardised tests, cannot link results to what has influenced them because considerable time has elapsed between when the teaching and learning took place and when the tests are administered and published.

Tudge vows to protect NAPLAN. (But why are formative assessments linked to it? Different assessments give different results!) Opponents of NAPLAN are branded as trying to avoid accountability. It is opposed because the results aren’t useful. It distorts the curriculum, causes severe stress in students, and parents, and delivers no improvement in learning outcomes. Besides, results are the product of many influences, including a decade or so of teaching.

Unsurprisingly the Minister mentions the curriculum; Minister Tehan, his predecessor, ordered another review! Though teachers may have difficulty coping with curriculum demands, to require curricula to be revised in the name of “back to basics” every time student achievement falls short of expectations is to waste everyone’s time. The fact is the word curriculum is not even mentioned in PISA results. How will another review help?

In Finland and Singapore, and other education systems to which Minister Tudge refers, teachers are respected and have a high degree of autonomy. They provide extra support for those students having difficulty. Early childhood education is an extremely common government policy. Finnish children continue playing till they are aged 7, they learn music and other creative subjects. In Singapore, senior officials visit other countries to study the latest developments.

Schools and education departments have been targets for criticism for years. But when David Gonski, chair of the panel for two major reports on education, spoke of his tour of Australia in his Jean Blackburn oration of May 2014, he reported that he found principals with “a quality of leadership which was both impressive and inspiring”. He found schools with a “difference between [those] well-endowed schools and [others] in lower socioeconomic areas which is enormous”. Bureaucrats he met “were on the whole open to change, experienced, intelligent and well-meaning”.

Elsewhere Gonski emphasised, “It is important for the future of Australian schooling that the government sector continues to perform the role of a universal provider of high-quality education potentially open to all.” While money does make a difference, especially in the case of disadvantaged students, it isn’t everything, Gonski argued money definitely does matter and “the government needs to pump billions of extra dollars into schools.”

Every individual student is different: the industrial model is a failure

The second report by the panel chaired by Gonski, “Through Growth to Achievement, A Report of the Review to Achieve Educational Excellence in Australian Schools”, is one of the most important of recent decades. But it does not figure in Minister Tudge’s agenda and has largely been ignored by government. Instead, the first government event after its publication was to further increase funds for independent schools!

The Report’s aim was to identify evidence on “how to achieve educational excellence in schools”. The Panel consulted the best research around the world. The  “Call to Action” focuses on “students realising their full learning potential”. Attention should focus on each individual student, “enrich students’ lives [leaving them] inspired to pursue new ideas and set ambitious goals throughout life”. Isn’t that Tudge’s agenda?

The Report condemns the present industrial model, the focus on the entire class, everyone taught at the same rate. It criticises inflexible curriculum delivery, periodic assessment rather than continuous diagnosis of learning needs and progress. Principals need support and time for regular development of instructional skills. Every student should develop a “growth mindset and passion for learning; learning growth [should be] at the centre of the education model”.

And it finds many students, from higher SES backgrounds as well as others, were “cruising”, not engaged. Cobbold found that to be true in analyses of 2018 PISA results: 3 in 4 students taking the tests “did not try”. Cobbold also found “increasing student dissatisfaction with school which likely contributes to lack of effort on tests and [thereby] a factor, among others, behind Australia’s declining results”. Emeritus Professor Alan Reid also found that.

One of the early TED lectures by the late Sir Ken Robinson, “How to escape education’s death valley” identifies the elements of effective teaching and learning:

Governments must properly fund early childhood! Unless that is done not much will happen later and effort will cost more. Evidence for longer-term benefit is compelling.

Presently, parents seeking financial support for early childhood care and education are forced to ignore the mother’s unpriced role in looking after children and the home and instead show evidence of employment or current study! Private providers in the child-care sector have meant higher prices, as in aged care, and reduced participation.

The Productivity Commission found in its latest five-yearly productivity review, “There is evidence of immediate socialisation benefits for children, increased likelihood of a successful transition into formal schooling and improved performance in standardised test results in the early years of primary school as a result of participation in preschool programs. The benefits are even greater for children from disadvantaged backgrounds and can persist into adulthood.”

The Longitudinal Survey of Australian Children came to a similar conclusion. So did the OECD’s Starting Strong 2017 report. And another recent study. Australian voters, especially those with children under five, overwhelmingly support that. Most countries whose students do well have government-funded universal early childhood education.

Australia lags behind most other developed countries in early childhood support. When the expansion of early education and childcare support was raised in the Parliament just over a year ago, it was dismissed by Government speakers who responded by promoting their achievements in managing the economy (and not being frightened to mention the word “coal”).

Universal childcare is presently being strongly promoted by former South Australian Premier Jay Weatherill and the Mindoroo Foundation through the program “Thrive by Five“.

Humans are a social species

One of the most salient aspects of the present Coalition Government’s education policy is that it benefits the better off and positions education as training for work. The Government’s economic policy is promoted by mantras like “we are a low taxing government” (in response to questions about funding for aged care). The government budget is treated as one would a household budget.

Better support for less advantaged students would achieve better outcomes. Those scoring lower would more easily improve. Surely the last decades show that. The political response instead is to keep on with the old policies hoping they will eventually work. That fits the definition of madness.

Obsession with economics ignores the principal feature of humanity, that we are a social species: relationships between individuals and groups, families, friends and communities define us. One of the many comprehensive reviews of research in what is termed neuroethology says, “Friendship is a hallmark of human behaviour … a product of natural selection that serves an adaptive function in social animals.” Another, “the quality of our relationships determines our health, happiness and chance of a long life.” Only giving up smoking does better.

Human society is not all economics, education is not first and foremost about jobs. Government policies should give a high priority to developing every person’s capability to navigate the social landscape, to gain confidence in themselves. That is essential to the realisation of one’s potential: lack of confidence and support leads to poor performance. Instead inadequate government services, poor infrastructure, inadequate preparation for emergencies, insufficient support for people needing help have generated anxiety. All the time the talk is of a strong economy. The Minister and his colleagues should commit to the future of humanity, not economic and education myths.

The late Ken Robinson, quoted at the beginning of this essay, was a powerful speaker with a wonderful sense of humour. He saw education as an opportunity to find what really captivated each student. He was admired and more by all who came in contact with him. Among his greatest contributions was to emphasise that the truly unique feature of human beings was imagination.

Young children give free rein to imagination, they dare to be wrong, to make mistakes and see what happens. But in the world of Alan Tudge and his colleagues, imagination is forgotten. Instead, everyone must graduate with skills which lead to their being employable, consuming things. Mistakes are to be eschewed, even being different is a problem.

By the time the school child has become an adult whatever they imagined when they were young seems no longer relevant. For a lucky few, imagination is retained, creativity is constantly pursued, they wonder. They may have had to struggle, perhaps they were encouraged by someone important to them, even a teacher. It is they who drive the future. 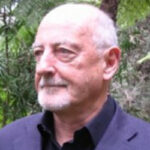 Des Griffin is Gerard Krefft Fellow, and former Director (1976-1998), Australian Museum. He writes on education and other issues.