The National Broadband Network went from a nation building project to political football after the 2013 election. Is it now too late to save? How much of the billions spent can be salvaged? How much needs to be spent to remedy the fundamental flaws?

As we enter 2019 there will likely be increasing excitement about the prospects of a new Labor government taking control of the NBN policy and fixing the mistakes of the last 5 years of Coalition’s NBN policy.

For example on New Years’ Day the Australian Financial Review published an article titled “NBN upgrade necessary and likely with Labor government” (paywall ). Various industry commentators in the article highlighted the need for more fibre investment and in particular the deployment of Fibre to the Curb (FTTC) to replace as much as possible of the Hybrid Fibre Coax (HFC) and Fibre to the Node (FTTN) rollout that has formed the basis of the Coalition’s plans.

Telecommunications consultant, Paul Budde, was quoted as saying Labor would switch to FTTC:

“A Labor Government will have to face the reality of the NBN as it is today; but they can come up with a long-term policy for the NBN that will show a much clearer path ahead for  fibre to the curb or fibre to the premises. Perhaps a first step will be to replace the HFC upgrade with FttC, something the NBN company is already trialling. This will be followed by a plan to also replace, over time, FttN with FttC.”

RMIT Associate Professor Mark Gregory  in Network Engineering agreed that FTTP would be needed to meet consumer demand and be cost effective.

But how realistic is this as a fix for the NBN? Can a Labor government turn around the plagued NBN project by a quick technology upgrade?

Firstly, there is the issue of the NBN rollout being approximately 80% complete with 9.4 million out of 11.8 million premises already passed by the current technology mix (although close to 1.4 million are unable to connect at this stage). This would mean an upgrade would involve replacing existing technology that has already been installed and paid for by taxpayers. Such a replacement would mean the rollout cost for the HFC and FTTN premises already installed (approximately 6.0 million at the time of writing or over half of the planned network) would be substantially wasted. On NBN Co’s numbers this amounts to approximately $14 billion of wasted investment. Both of these numbers would rise substantially by the time a Labor Government could take office and re-direct the company’s rollout.

The replacement cost using FTTC for the HFC and FTTN would like be higher than the investment that needs to be written off. The FTTC technology requires more fibre to be installed closer to the premises of customers. NBN Co estimates the cost of FTTC to be approximately $3,000 per premise which is approximately 30% more than the cost of HFC and FTTN. As a result a minimum of an extra $18 billion would be required to fund the upgrade to FTTC.

Of course many will argue that the costs estimated by NBN Co for FTTC are inflated to make the decision to change from FTTP to FTTN/HFC seem justified. This may well be the case and innovative ways to install fibre are likely to reduce this cost if a concerted effort is made to adopt world best practices and learn from deployments that are happening in many comparable markets. But the cost is unlikely to ever be cheaper than the initial installation of FTTN and HFC. So at a minimum the cost is likely to be $14 billion but could be somewhat higher.

Secondly, there is the issue of NBN Co’s financial position and ability to fund further investment. At this stage NBN Co is predicting a break-even at a free cash flow level in FY 2022. However this is contingent on hitting the ARPU forecast of $51 per month and achieving a take-up of approximately 73-75%. However, the major RSPs (Telstra, Optus and TPG Telecom) are calling for lower wholesale fees and also upgrading their 4G/5G mobile networks to be able to take some of their business away from NBN Co.

If NBN Co’s ARPU remains at the current $44 per month and take-up drops by 10% then NBN Co have advised that cashflow will be impacted by approximately $1.5 billion per year. As a result NBN Co will be in a negative cashflow situation, leaving no prospect of funding the investment needed to replace the FTTN and HFC networks with FTTC from NBN Co’s own operating business.

This would leave the Labor Government having to fund the entire upgrade plus bridge any negative cashflows with further equity and debt injections into NBN Co.

There has been much talk of an accountancy write-off of the existing equity and debt invested by the Federal Government into NBN Co. This has been driven by the belief this would provide scope for NBN Co to reduce its prices. This would only be possible if NBN Co was on-track to meet its targets of $51 per month and 73-75% take-up (ie. become cashflow positive). However, in the case where NBN Co is not in this situation (ie. has negative cashflow) then this accountancy trick will not impact the funding that is needed to keep NBN Co afloat. In fact the write-off, if it is connected with lower wholesale prices, will actually exacerbate the negative cashflow since ARPUs would be lower. A $10 per month drop in ARPU would mean $1 billion per year less cashflow that must be supported by the Federal Government.

In short the ability for the Labor Government to instigate a quick fix on the NBN by performing a technology upgrade is wholly dependent on the Labor Government also being prepared to invest a substantial amount of new investment into NBN Co to firstly keep it operational and secondly to fund the additional investment. An investment of another $20 billion is likely over a period of 5 years to be able to make this a reality. This would likely still however only achieve a break even cashflow business based on the most optimistic views of reducing operational expenditure and increasing revenues from business customers.

While it would be great to have a quick fix of the NBN mess that Australia has landed in after almost 10 years of trying quick fixes the reality will likely be just more taxpayers’ money being spent for minimal benefit.

It is to be hoped Labor recognises the complexities and issues involved and takes an in-depth and considered review of the NBN if it gets into office. All possible options should be on the table for reform and in particular ensuring NBN Co does not fall back into the hands of a private monopoly owner (eg. Telstra’s InfraCo) who will have even less interest to invest in upgrades. The recent experience in many Australian industries shows that privatisations that don’t ensure robust and effective infrastructure competition between multiple players ultimately end up dudding the consumer and costing the taxpayer more than is gained in the actual sale process.

It is time to stop the merry go-round of short term quick fixes and develop an industry plan that ensures sustainable long-term investment in telecommunications by private players where competition is viable and by governments where Australia’s geography makes it uneconomic.

For a more detailed analysis on what to do with the NBN please check out my piece in the Australian Journal of Telecommunications and the Digital Economy (https://telsoc.org/ajtde/2018-11-v6-n4/a162)

Gary McLaren is currently CTO at Hong Kong Broadband Network. He has worked in telecommunications for three decades and was the first CTO of NBN Co from 2009 to 2014. Follow him at https://www.mclarenwilliams.com.au/ 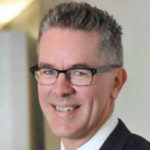 Gary McLaren is a telco industry consultant, he was the CTO at Hong Kong Broadband Network and the first CTO of NBN Co from 2009 to 2014.. He has worked in telecommunications for three decades.