Is AstraZeneca the Britney Spears of COVID vaccines?

In the UK the AstraZeneca vaccine is hailed as a public health success story. Professor Sarah Gilbert, the Oxford University scientist who led its development, was created a Dame in the Queen’s Birthday Honours list and received a spontaneous standing ovation from the crowd at Wimbledon.But not in Australia.

AstraZeneca in Australia has the same problem as Britney Spears in the United States – too little voice and too many other people making decisions to determine its future.

Britney only very recently finally spoke out publicly against an oppressive conservatorship that is dictating her personal life and her professional brand.

Meanwhile in Australia AstraZeneca has effectively been silent in public in the face of concern over rare side-effects and criticism of the local vaccine rollout.

Combine the drug-maker’s apparent passive stance with reported safety issues plus legal action in Europe – along with what Gerry McCusker called a “seemingly tame PR defence of its brand reputation” – and it’s not hard to understand why the Australian Federal Government decided that after October 2021 the AstraZeneca vaccine will be available only on request.

Of course, AstraZeneca is not the only vaccine to come under suspicion – both from committed anti-vaxxers and the vaccine hesitant – but it has effectively become a lightning rod for everything that has gone wrong with COVID in Australia.

By contrast, in the UK the AstraZeneca vaccine is hailed as a public health success story. Professor Sarah Gilbert, the Oxford University scientist who led its development, was created a Dame in the Queen’s Birthday Honours list and received a spontaneous standing ovation from the crowd at Wimbledon.

Part of that support in Britain – where it is more commonly known as the Oxford Vaccine – can probably be put down to chauvinism and national pride. Yet recent data shows the AstraZeneca vaccine is being used in about twice as many countries around the world as the Pfizer runner-up.

That’s hardly a surprise given its effectiveness; easy storage; strong supply; and the fact that the Oxford/AstraZeneca joint venture committed to provide the vaccine “at cost” globally throughout the pandemic, and to middle and low income countries in the developing world “in perpetuity.”

In any normal circumstances those facts alone would be powerful building blocks for successful issue management. But the reality is a decision to “let the facts speak for themselves” is rarely a winning strategy.

The American academic John Mahon has championed the concept of “reputation sets” – with reputation being not a singular entity but varying widely for different audiences. That is certainly the case for the reputation of AstraZeneca in Australia, despite success elsewhere. As Gerry McCusker put it: “In Australia, the AstraZeneca name is at the apex of vaccine hesitancy, therefore at risk of sustained reputation erosion.”

While we must assume AstraZeneca is lobbying and commenting behind the scenes, the company appears to be missing in action in terms of publicly arguing its case and defending its name.

We don’t know what discussions and decisions have been made in the boardroom, but it seems clear public trust in the vaccine could not be restored without a comprehensive and proactive communication strategy to tell their story in a human way; respond effectively to negative reports; and provide accurate information to reassure the public. They might even try to rename the vaccine, in the same way that the highly infectious Indian strain of COVID was successfully rebranded as the Delta Variant. However, it is also possible that no amount of effort could turn this reputational crisis around.

Britney Spears finally spoke out in a California courtroom late in June, appealing to regain control of her life and her brand. But the judge rejected her plea to ease the conservatorship.

In the same way, maybe it’s now simply too late for AstraZeneca to sway the court of public opinion in Australia. 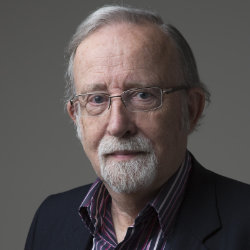