Is criticism of Israeli settlement policy anti-Semitic? Israeli nationalists insist it is 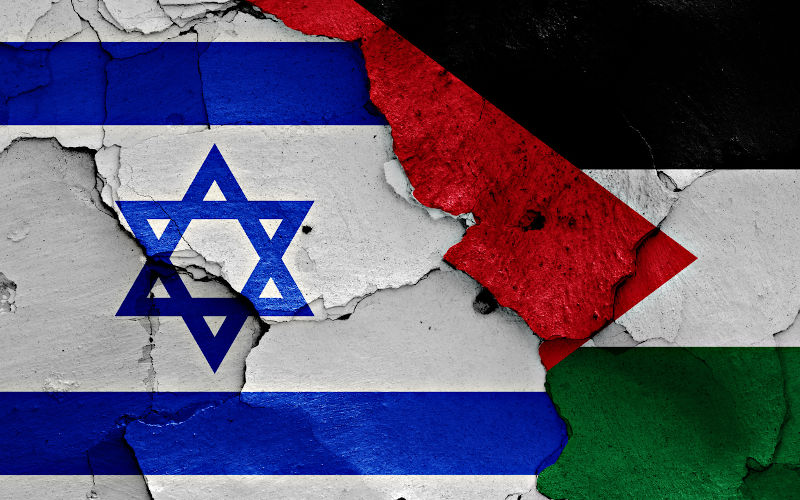 Michael Easson cut a lonely figure at the ALP conference in Sydney’s town hall, rising to the floor to voice his opposition to the first tilt by the ALP from Israel to Palestine. “The language was too loose,” was his complaint. But the 2014 conference went onto vote, without any other dissenting voice, to oppose Israel’s settlement policies and blocking of a two state solution. Both Left and Right combined behind this first ALP commitment to recognition of Palestine.

Since then every state branch has committed to recognition. It’s been endorsed three times by national conference and enshrined in the national platform (at Penny Wong’s insistence). Michael Easson and ally Michael Danby have lobbied against this language but even the Victorian Right has moved with what is now the party consensus: given the spread of settlements, recognise Palestine to save the two state solution, before it’s too late.

This reflects a shift in the West, even in America. The most recent Pew poll shows that not only young and minority voters are pro-Palestinian but for the first time Democrats in general have more favourable views toward the Palestinian people than they do toward Israelis.

Easson dismisses recognition as something “advocated by Carr.” No, it is the platform policy of his party. National conference has recommitted to it three times and elevated it to the platform. Prime Minister Albanese has stuck to it, stating it’s a matter for his Labor government. During the election it was offered by the Executive Council of Australian Jewry as a reason for favouring the coalition.

Easson begins one sentence with these sinister words, “When people like Carr denigrate them as “the Jewish lobby,” “the Zionist lobby…” What? As numerous of your readers have pointed out, nowhere in my article did I use the language. I used the term “Israel lobby” because that’s what it is. And if anyone doubts its reach into newsrooms and its bullying of reporters and editors then they need to read John Lyon’s book. If Chris Mitchell, the longest serving editor of The Oz and a reliable right winger, says the lobby’s grown more rightist, then it pretty likely has.

If Michael wants to argue it doesn’t heavy politicians then he should talk to our mutual friend Kevin Rudd. Even to engage a clairvoyant and chat with Fraser and Hawke about their experiences with what is unabashedly a lobby and in fact the best funded foreign influence operation in Australian life.

He should consider that when Sky said Tony Burke and I were “borderline anti-Semitic” for supporting recognition of Palestine its on-air Trumpian was required to read out a comprehensive apology in the next program.

(For the record the major pro-Israel lobby in Australia uses Jewish and Israel in its title- that is, the Australia Israel & Jewish Affairs Council. If someone referred to them as the “Jewish lobby” it is because they have chosen that title. If an organisation calls itself the Zionist Council then someone in the media is entitled to talk about its policies and activities as “Zionist.”  In any other context to ban the very adjectives organisations emblazon on their websites and letterheads would be dismissed as the worst excess of wokeism.)

Michael Easson’s attempt to protect an increasing chauvinist Israel is undercut when Liam Getreu of the New Israel Fund Australia, writing in Haaretz, comments about the elections with words not unlike mine. Getreu who speaks for a liberal tradition in Judaism pointed out that only one in five Australian Jews identifies with Labor. He wrote:

Outrageous statements of concern from right-wing Jewish community leaders in Australia, such as the Australian Jewish Association accusing incoming premier Albanese of having made “extreme anti-Israel comments” and other new MPs of having “crossed the line into antisemitism,” fuel a dangerous game. Having a community leadership push partisan politics rather than honestly assessing the new leadership’s actual positions and embracing the new political climate puts at risk the community’s relationship with the new government.

But it’s not surprising that supporters of Israel want to deflect with cries of anti-Semitism. Michael Easson in his article says nothing about Israel’s activities under the cover of the Ukraine war- like those 4500 settlement houses approved last month, a clear breach of international law (although Michael wanted the 2014 ALP conference to avoid saying that and- to protect Israel- use the feeble subterfuge, “not in line with international law.”)

Is criticism of Israeli settlement policy anti-Semitic? Israeli nationalists insist it is.

In fact it’s no more anti-Semitic than it is to criticise the overtly racist march the Israeli government endorsed, right through Jerusalem’s Arab Quarter with participants chanting “Death to Arabs!” Amira Hass in Haaretz called it a “terrifying flag dance” and said:

Today they are 50,000 wearing white shirts who marched in the heart of Palestinian Jerusalem. Yesterday they marched in Hebron and fulfilled there the vision of emptying it of Palestinians. Tomorrow they will be 100,000.

Any comment from Easson on the violent death of Shireen Abu Akleh? Or on Israel’s refusal to have an inquiry into how an American Palestinian reporter came to be shot? I assume that were Western critics to hammer this outrage they would draw the whispered word “ anti Semitic.”

And what to say about an article in Haaretz that states, in response to the racism and chauvinism, Israel has become “a small, violent, arrogant, wicked nation.” Couldn’t be said in the US or Australia, of course. But published in a Jewish paper is it anti-Semitic?

Michael Easson’s sensitivities about Israel run very deep.  When it became clear that the state ALP conference for the second time was to endorse recognition of Palestine he proposed that the motion be moved, seconded and carried but with no speeches either for or against, as if Israel, armed to the teeth and committed to an endless occupation, is too fragile an entity to have its virtues and defects canvassed in the light of day.  I rejected the proposition.

It is a nation like any other- under its present government, repressive and militaristic and running a creeping annexation of occupied land with different categories of citizenship based on race. To invoke Gareth Evans, calling out Israel for its sabotage of the two-state solution and creation of a de facto apartheid state is not to be anti-Semitic.

None of us must allow ourselves to be intimidated by such an absurdity.