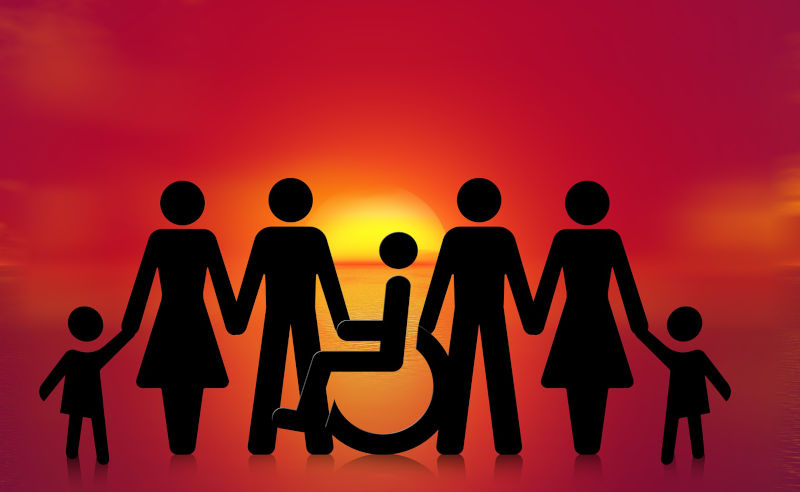 Social policy discussion about disability should not merely be to expressly seek public sympathy. Image: Pixabay

The term “people with disability” as it is so often used when discussion turns to the “rights” of people sounds misleading and incorrect to me.

I used person first language, in my PhD thesis, I used the term “people with disabilities”, and on many occasions I have also used the term “person with a disability”. That was when I was discussing social policy and how in a comparative way to consider a person who, for example, suffered in circumstances that arose from a minor disability, like a broken bone. So, we are dealing with the more general term “people” and the more specific term “person”. That is why, the term “people with disability” as it is so often used when discussion turns to the “rights” of people sounds misleading and incorrect to me.

I have a condition that can be described as a particular disability: Friedreich Ataxia; but this is a bodily condition that in time shows itself in many different disabilities.

So, my frustration arises when public debate about vital social policies for people who need assistance allows the term “disability” to be used in ways that are confusing. Social policy discussion about disability should not merely be to expressly seek public sympathy but a spur to social interaction in which genuine empathy arises from fellow citizens from a knowledge of what “people with disabilities” are experiencing. The term, as it is often used, can too easily distract attention from what needs to be understood in an inter-subjective, empathetic, way.

Not all disability can be classified to fit in less dysfunctional disabilities like a broken leg. Such a “person with a disability” looks forward to the bone-mending, where the amputee looks forward to walking with a prosthetic leg and thus no longer being the “person with a disability” that they were previously. Maybe the word shouldn’t be used to describe people in conditions in which they have expectations of “getting better”. I think the term “people with disability” tries to reduce reality for the purposes of “doing something” to help, but in doing so, the help can come with unhelpful language, sympathetic language that lacks requisite empathy.

And I then go on to ask myself the question: why does everything seem to continually boil down to language and popular usage? Is it because the simplifying of terminology is seen as a quick and popular way of enhancing social capital, social wealth? There is also the true disadvantage of having to live with severe disability. When you have severe disability, you never seem to be able to reach a satisfying turning point, when things start to “get better”. They don’t. They just seem to relentlessly get more relentless. This does not mean the will is not there, but you are restricted by your disability or disabilities and their progress. The use of the term “people with disability” can be used to abstractly define many disabilities together; but, as I say, such language should be spoken with care because it has the potential to turn attention away from the difficulties that have to be faced by real life people day to day.

For example, when I was younger, I use to play chess, but today I am too blind to play and too restricted with my coordination to function adequately on the chessboard. This is a horrible and disappointing reality for me. Those with severe disabilities experience the meaning of our severe disabilities, and have to live with the ongoing destruction of social capacity and hence the wealth in social interaction that comes (e.g. from a friendly game of chess!). There’s no social capital to be banked from progressively disabled social participation.

So disability is a wide-ranging term, i.e., disability can refer to conditions from a broken bone to cancer to even Friedreich’s Ataxia. However, classifying all such people together as those with disabilities can only be inexact; on its own the classification is abstract. It is the concrete, actual characteristics of a living person that enable us to distinguish one form of disability from another. So, the term “people with disability” can be used in a variety of ways to suit different objectives. For example, one may have severe disabilities but still be capable of competing in the Paralympics. And good for them. Such people do indeed widen the appreciation for “people with disability” drawing attention to the remarkable capacities that have not been “disabled”.

But is it the term “people with disability” that encourages the widening of the organisation of sport for such people? In my case, I have always tried to give sport a try but I could never make it to the athletic stage, not even the “disabled athletics”. I would try all I could, and would even cheat to make it look good but I never succeeded in earning a positive response for my efforts. So, I have just had to learn to make do in my case with what I could do. And although unhelpful language is definitely a problem when I was younger, I used to enjoy being classified as a person with a lesser ability, that was when my disease had not progressed as much as it has today. But today I am severely disabled and I now even see my past is somewhat different way with a different way of applying the “disabled” category. When I was 15, I used to ride motorbikes, but I was not very good, but the thing was I definitely did my best. But now with severe disabilities my perspective has definitely changed. I learned as a 15 year-old to “do my best” and that’s what I’m trying to do here with this essay. It’s the least I can do.

Special thanks to my ghost writer and friend, Bruce Wearne, also many thanks to my team of academic support workers; Amanda, Daniella, Lina and Sarah. 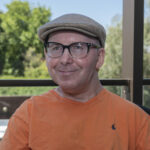 Dr. Peter Gibilisco is a Honorary Fellow at the University of Melbourne.