Is the end nigh for the Australian public university? 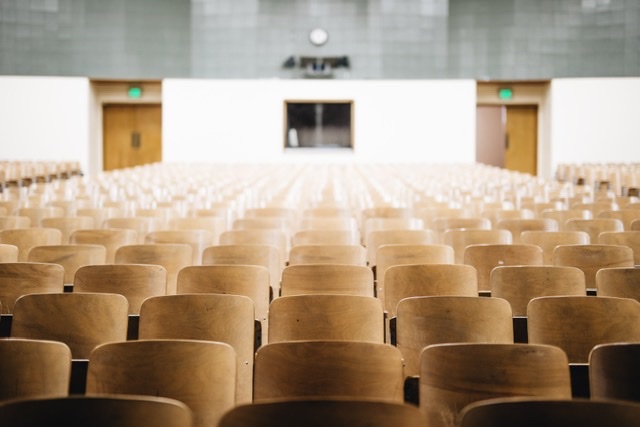 The Morrison government has declared war on Australia’s public universities. They are accused of being hotbeds of post-modern rabble rousing and an unbearable burden on taxpayers. Government ministers and employers complain that graduates are not “work-ready”. The remarkable thing is the supine response to date from the universities themselves to these baseless and gratuitous insults.

For decades now Australian governments have been imposing austerity budgets on the country’s public universities. At the same time the universities have been transformed from limited-entry (elite) institutions to mass-education institutions. While the aim of opening up higher education to greater numbers of people is a very worthy goal, it has been callously under-resourced by governments imposing the transformation in the first place. As a result, the potential economic and social benefits of mass higher education are being stymied.

Another perverse development is that conservative governments have been reversing the opening up of older, more esteemed public universities to “the masses” by imposing high tuition fees, while making the repayment of student loans more stringent, even punitive. This means that only the wealthy can afford to enrol in the more prestigious institutions, thus contributing to severe increases in socio-economic inequality (see, for example, Thomas Picketty, 2020, Capital and Ideology, pp. 534-547). Not a few of the policy-makers responsible for this rank hypocrisy actually benefited from the time when their university education was heavily subsidized, if not completely free.

Today, Australia’s academics are under relentless pressure to publish their research in “world-class” academic journals while demonstrating its “impact” on society and the economy (preferably the latter). They have to perform numerous administrative tasks and “engage” with communities outside the university. All this while academics are obliged to shoulder inflated teaching loads while being subjected to regular (mostly meaningless) evaluations of their teaching and associated administrative duties. At the same time, a very large majority of today’s university students work in one or more part-time (or full-time) jobs, jamming classes into their already crammed schedules, while accruing long-term debts from loan schemes they have to access to pay their exorbitant fees.

Many of the important senior administrative arrangements in universities have been managerialised, with an executive class appropriating policy and decision-making functions that were once the preserve of faculty members. The disconnect between this class and the great body of academic workers is wide and widening. It is a disconnect that is luridly symbolised by the pay scales of the managerial class compared to those of ordinary academics.With appointees from business and management backgrounds on their governing councils, public universities are increasingly being conducted as quasi-business corporations, which is the very antithesis of what they need to be. In a recent study of the governing councils of public universities in Western Australia, for example, Gerd Schröder-Turk reveals that “decision making power is concentrated in a group of Senate [governing council] members who have little connection with the university system other than through their council membership”.

When recruiting faculty members, the preference tends to be for high-flying research scholars whose primary (perhaps only) attribute is the ability to attract lucrative research funding, no matter what are its sources or the conditions funding organizations may impose on research outcomes. “Commercial in confidence” clauses in grant contracts obviate the right to freely publish research, hence undermining the very idea of academic freedom. Meanwhile, dedicated teachers are overlooked for promotion and good teaching has become the poor cousin in the firmament of the “enterprise university”.

The educational philosophies of the founders of the modern university, such as John Henry Newman and Wilhelm von Humboldt, are seemingly unknown to the ideological apparatchiks who make policies for today’s universities and the pliant managers who run them. The history of higher educational institutions as sanctuaries for those for whom the life of the mind is their very raison d’être seems far beyond their intellectually blinkered minds and limited policy imaginations.

These egregious developments represent a radical rupture to the ways in which public higher education institutions were conventionally conducted around the world for much of the twentieth century. Their flaws then might have been serious, but the sheer mindlessness of the  attacks on them now are far more serious.

It is deeply concerning that this crisis in Australia’s public universities is not receiving the critical attention it should have. This is despite the fact that until COVID-19 closed the country’s international borders, education was one of Australia’s top overseas income earners. Morrison and his successive education ministers seem almost jubilant at slaying the higher education goose that has provided so many golden eggs, not only for the universities, but for the wider community.

So where is the comprehensive blow back that this policy vandalism roundly deserves? Senior managers in universities bleat about the roughing up they are getting from the Morrison government, but their complaints are muted. Their strategy seems to be that by moderating their public comments, or even avoiding a public showdown with their political masters, their budgeting pains will go away. Like their business-blindered council members, they appear ignorant of what is really happening at the coalface of academe.

What we badly need is for academics and their supporters to rediscover what John Henry Newman in the nineteenth century described as “the idea of a university.” Newman argued that first and foremost, universities must be places dedicated to preserving “knowledge for knowledge’s sake.” While this may appear arcane to many today, it is an “idea” which, if lost, will see the public university head towards oblivion.

In founding the University of Berlin in 1810, the great Prussian educationalist Wilhelm von Humboldt showed how universities could be both sanctuaries for creative scholars and crucibles for critical research to nurture cultures and grow economies. Both Newman and Humboldt were clear that universities must never be allowed to become simply specialist training institutions. Their primary vocation is education.

Australia’s academics need to end their sulking and steel themselves for a wide-ranging campaign to defend their public universities. Lest they forget, they are the producers of the very professionals who are indispensable for the productive functioning of  Australian society and its economy –­ doctors, nurses and allied health professionals, social workers, engineers, lawyers, accountants, business leaders, teachers. They are also sanctuaries for intellectuals who are ready and able to speak truth to power.

The history of universities stretches back over millennia. That history shows that if they have a clear idea of what they are about, Australia’s universities can survive the intellectual and educational vandalism that characterises the Morrison government.  Instead of slashing funding to public universities, it is essential to see that they are generational investments, educating young Australians to become productive and creative citizens for now and for the future.

It’s time to revisit the idea of a university for the twenty-first century.