Is the tide turning against Israel?

The history of Palestinian nationalism is strewn with false dawns and bitter disappointments.

On the surface the recent evictions – more accurately ethnic cleansing – of civilians in Sheikh Jarrah, IDF attacks on worshippers at the Al-Aqsa mosque and yet another bombing campaign against Gaza follow a familiar and depressing pattern. The colonisation of Palestinian land and the brutal suppression of those resisting Israel’s occupation of the West Bank and Gaza continues largely as a result of US financial and military backing: together with diplomatic support and complicit silences from countries such as Australia.

It is also a consequence of the disappearance of both centre and left wing political parties inside Israel: today the choices are right wing, far right and ultra right wing parties. We are now at the point where PM Netanyahu, facing corruption charges and diminishing popularity, is the most left wing candidate in the mainstream, though he seems incapable of cobbling together a majority government after four indecisive elections.

One could not be blamed for thinking nothing will change in the Israel-Palestine conflict. This is a mistake. At the risk of imputing more significance to recent developments than is justified, a number of new factors are at play which, taken together, could turn the tide against Israel’s settler colonialism in Palestine.

The first is the ubiquity of camera phones and social media. It is now much more difficult for governments to conceal their crimes with the assistance of mainstream newspapers and television. Unmediated, unfiltered information and images provide alternative political narratives of events, such as recent footage of a settler admitting to the theft of Palestinian property in East Jerusalem because “if I don’t steal your home, someone else will steal it”. Videos of missile strikes on civilian buildings and the mangled bodies of Palestinian children in Gaza make life for Israeli PR flaks and propagandists much more difficult than before.

The “only democracy in the Middle East” versus “cruel and inhuman terrorists” binary is collapsing as official government spokespeople and their ciphers in the mainstream media are increasingly being bypassed by those who no longer believe the issue is as complex as they have been told.

Secondly, both Israel’s leading human rights organisation B’Tselem and Human Rights Watch (HRW), a doyen of liberal establishment NGOs in the US, have recently published reports accusing Israel of apartheid. The charge is not new and has been obvious to serious observers for decades. But when it is made by highly regarded and politically centrist human rights organisations which cannot be easily accused of anti-semitism, it constitutes a devastating attack on both the confidence of Israel’s domestic polity and the country’s image abroad.

As Norman Finkelstein notes, those who can remember the furore in the West when Arab states tried to enshrine the Zionism = racism formula into resolutions of the United Nations back in the 1970s, will be astonished by the irony of how the wheel has turned. Israel is accused of being a supremacist state, not by left wing critics or hostile Arab regimes, but by mainstream human rights monitors.

Israel is very concerned that the apartheid label will bring BDS activists into the mainstream and ultimately drag recalcitrant Western governments with them.

Thirdly, the International Criminal Court has finally agreed to investigate claims of Israeli war crimes against Palestinians in the West Bank, East Jerusalem and Gaza. Despite attacks on the Court from both the Trump and Biden administrations, this is deeply embarrassing for Israel.

Beyond sanctioning the Court’s personnel and challenging its jurisdiction over the Palestinian territories, an attack which the Australian Government unsuccessfully helped to lead, all that Israel and its supporters can now do is claim that the Jewish state should have immunity from international law: an unconvincing stance for a self-described democracy which says it is committed to the rules-based international order.

Finally, according to Finkelstein US Jews are falling out of love with Israel. The fact that HRW feels it can accuse Israel of being a supremacist apartheid state, without losing its financial donors or alienating its supporter base is a measure of how opinion in the United States has shifted. New sources of information, an openness to alternative narratives about the Palestinian struggle, and support for Black Lives Matter at home means US Jews are less inclined to embrace Jewish supremacism abroad. Like it or not, identity politics remains a powerful factor in Western states today.

Less than a handful of states followed the US example of moving their embassies to Jerusalem. History may therefore record that the apogee of Israel’s normalisation was its diplomatic recognition by a small number of insignificant gulf tyrannies in the Arab world under pressure from Donald Trump. The populations of these repressive dictatorships, however, appeared resolutely opposed to the establishment of official relations. This gap between state behaviour and popular sentiment is a good description of where attitudes towards Israel are today, whether it is in the United States or the United Arab Emirates.

Israel’s most recent attacks have achieved something unprecedented since 1948: solidarity across Palestinian factions in all the territories under occupation. That is progress and it does not bode well for Israel. 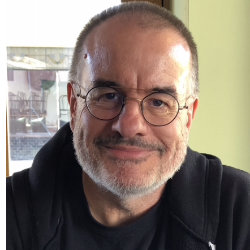