The results of the Islam in Australia survey are in and they counter many of the stereotypes and misinformation concerning Islam and Muslims in Australia.

In the aftermath of 9/11 and the ‘War on Terror’, high levels of anti-Islam/anti-Muslim sentiments and Islamophobia have been recorded.

Previous research has highlighted that the Australian government’s attempts to ‘counter violent extremism’ unfairly but officially “reinforces many of the core stereotypes of Islam in the West: militancy, fanaticism, intolerance, fundamentalism, misogyny and alienness.”

The Islam in Australia survey was an opportunity for the voices of Muslim Australians to inform public debate on issues that concern Islam and Muslims in Australia.

The survey findings indicate that ethical considerations play a key role in how Muslim Australians think about Islam.

In relation to human equality, 95% said “marriage should be based on mutual respect rather than the subservience of one spouse to the other”, 93% said “people of all religion and no religion should be treated equally”, and 84% percent said “women should be given the same rights and opportunities as men”.

Contrary to the well-worn stereotype associating Muslims with terrorism, 93% said “someone who dies attacking innocent civilians is not a martyr” and 90% said “Islam never permits armed conflict against civilians/non-combatants”. Additionally, 92% said “halal certifiers should assess the ethical treatment of animals as part of the halal certification process”.

Although the majority of Muslims in Australia today arrived after immigration restrictions were lifted in the late 1960s, Muslims have settled in Australia since the late 1800s/early 1900s and were responsible for building Australia’s oldest mosques, including the Holland Park Mosque in Brisbane (built in 1908).

Like the early Muslim Australians, the vast majority Muslims today are content with life in Australia and have good relations with fellow Australians. When asked what they think about “engaging with non-Muslims as family, friends, colleagues and in general social interaction”, 92% of the survey respondents said this is “normal and good”.

The survey also found that 74% are “content with the extent to which Muslims are currently able to practice Islam in Australia”.

However, many Muslim Australians are critical of the way Islam is manifested in some Muslim-majority countries today.

A majority of 52% said Malaysia and Turkey have had the most positive impact on the understanding and practice of Islam among Muslims in general over the past few decades.

At the other end of the spectrum, 63% said Saudi Arabia has had the most negative impact on the understanding and practice of Islam among Muslims in general over the past few decades.

Although countries such as Saudi Arabia have invested heavily in promoting its particular interpretation of Islam, this has not been embraced by most Muslim Australians. For the vast majority of the survey respondents, Islam aligns with values and principles of equality, human rights, social cohesion and social justice. Islam in Australia Survey Results

In addition to closely resembling the broader Muslim Australian population in relation to key demographics including age, gender, place of birth, ethnicity, and employment status, 87% of the survey respondents said they publicly/openly identify as Muslim and 77% said they pray daily.

This gave the researchers confidence that the survey respondents were committed Muslims, sufficiently engaged with Islam and well-placed to answer the survey questions.

The overall findings of the survey have now been published in the journal Religions and further publications are forthcoming.

The researchers hope the survey’s findings will contribute to broader recognition that an authentic, ethical and peaceful Islam, that teaches mutually respectful coexistence, is not only theoretically possible but is generally exemplified in the lived experiences of Muslims in 21st century Australia. 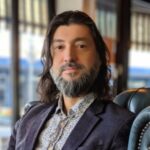